We love Ukrainian design and support our designer friends. Today we have collected for you the best cafes and restaurants in Ukraine, which are notable not only for their cuisine, but also for their interiors

“Apteka_92 is the eighth institution of the Kofan family in Kremenchuk and our fourth collaboration with customers,” the architects saySergey Makhno, Viktor Zakharchenko and Anastasia Tolchinskaya. – There used to be a real pharmacy at this place, which worked for 20 years. We decided not to break the habits of local residents and decided to leave both the name and the old pharmacy theme. Even the facade does not give out a new establishment,” Instead of medicines, there is the most delicious coffee in the city, desserts and a cozy space. 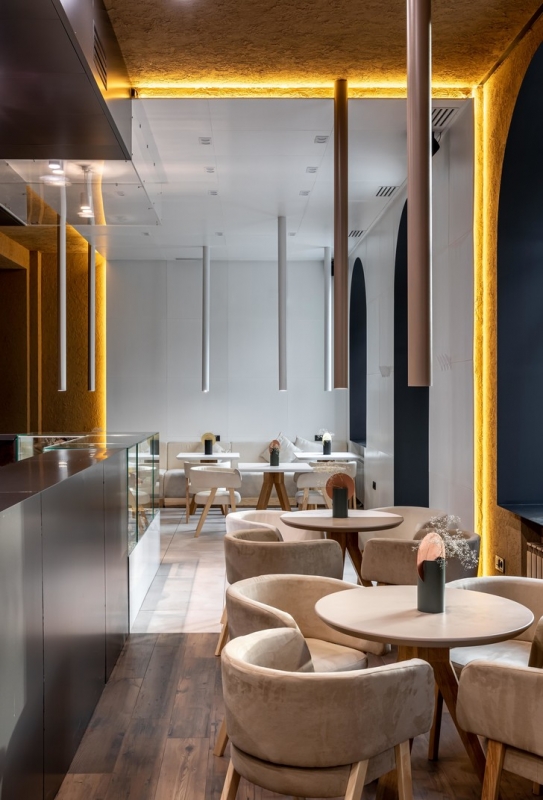 Dilettante is a new city cafe located in the center of Kiev, a stone’s throw from Taras Shevchenko metro station on Podol. It attracts attention not only with its excellent location and good cuisine, but also with its stylish design: democratic and at the same time memorable. It is not surprising, because the owner of this institution is a famous designer, the founder of Balbek BureauSlava Balbek. The cafe is located on the ground floor and covers an area of 67 m2. Previously, this room was the office of the Kiev hotelier, the founder of the BURSAtelier network Vasily Grogol. Now it’s a chamber, youth institution “for your own”, where you can drop in for lunch for twenty minutes, exchange a couple of phrases with familiar baristas and run on about your business. 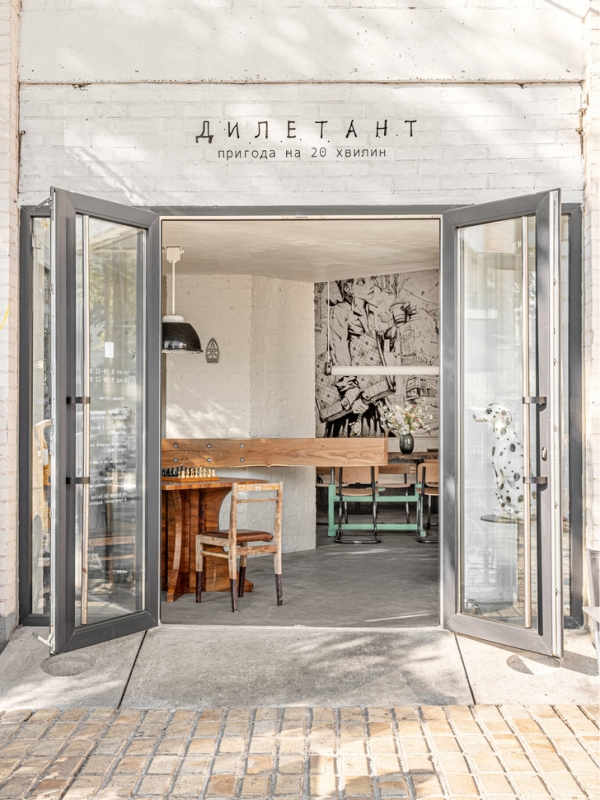 Apartment 13 is a new concept store in Kiev, where you can buy designer clothes, accessories, decor, books, perfumes and spend time in a small coffee shop. The room, located in the historical center of the city, originally belonged to a furniture store and was too “neat”, which did not prevent the designers of the studioModektura to get rid of excessive “correctness” and expose its industrial beauty. They dismantled all unnecessary elements, increased the ceiling height by 1100 mm and freed metal ceiling structures. 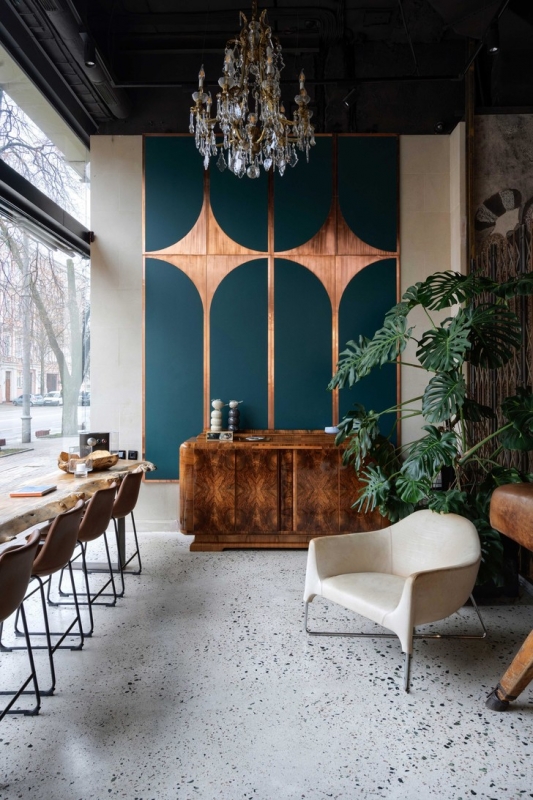 Samna Restaurant occupies the ground and first floors of the former estate “House of Ypsilanti”, built in 1797. The building used to belong to Konstantin Ypsilanti, a Turkish statesman who fled to Kiev after an unsuccessful attempt to liberate Greece from the Ottoman Empire. The house has sunk significantly into the ground: the first floor has become a basement, and the windows that used to face the streets have turned into niches underground. The appearance of the institution was determined by massive brick walls, arches and arches and cross-domed vaults. YOD Group designers simply emphasized some authentic elements and created a new, modern interior based on them. 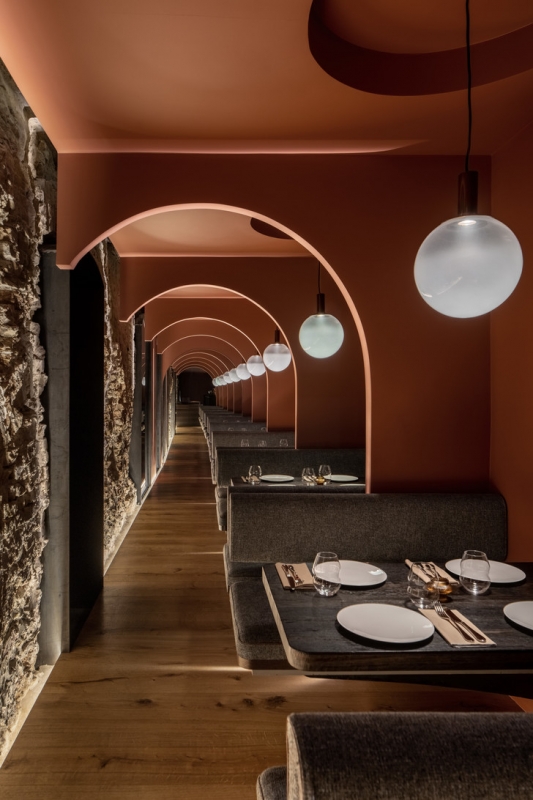 The Thai Hello Cafe is located in the very center of Kiev and is the third institution of Misha and Dasha Katsurins. Working on the concept of “Thai greetings”, they traveled a lot around Thailand, talked with dozens of Thai chefs, fished out hundreds of recipes from roadside eateries, restaurants and snack bars in the markets — and all this in order to create the most authentic Thai institution where you can plunge into the atmosphere of Asia without leaving Kiev, and try real Thai cuisine prepared by Thais.

Brand chef Priichu Khantukhu (or simply Cha), who was brought from Thailand, was invited to manage the new cafe, and the Ukrainian studio balbek bureau was called to implement the project led by an architect and designerSlava Bulbek. 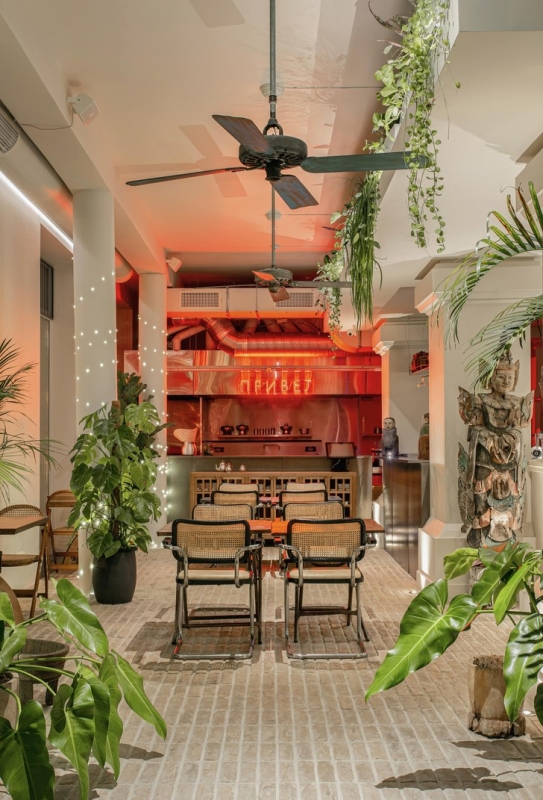 In the Kiev restaurant “Rare Bird”, which was designed byNatalia Belonogova, there are no recognizable objects: all tables are made according to individual patterns, and then painted by the Kiev artist Dasha Chichkan. There are also no things bought for their status value. Crystal chandeliers are made according to sketches by NB-studio with deliberately asymmetrical details. The shiny homogeneous surface of marble and concrete contrast with the huge handmade vases 01001011 studio, wooden details on the walls, soft fabrics of sofas and golden chairs and tables. @redkayaptitsa 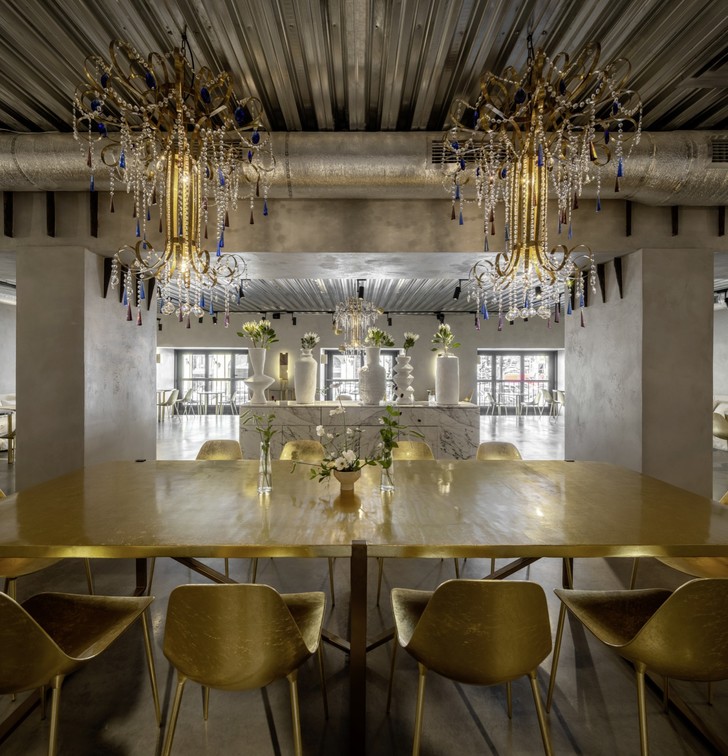 “Esthetics” is a cafe of a new format in Kiev. Its name is formed from two Ukrainian words: “passion” (is) and “esthetics” (aesthetics), which immediately defines the basic concept of the institution – food as aesthetics, cult, ritual, unusual, memorable experience. This message can be traced both in the dishes served and in the interiors of the cafe that the designer worked onVictoria Yakusha and the Yakusha Design Studio team. The interiors are decorated in a calm, minimalistic style, which Victoria Yakusha herself calls “living minimalism”: a restrained, almost monochrome range, a minimum of decor and author’s furniture of her own design with Ukrainian “roots”. 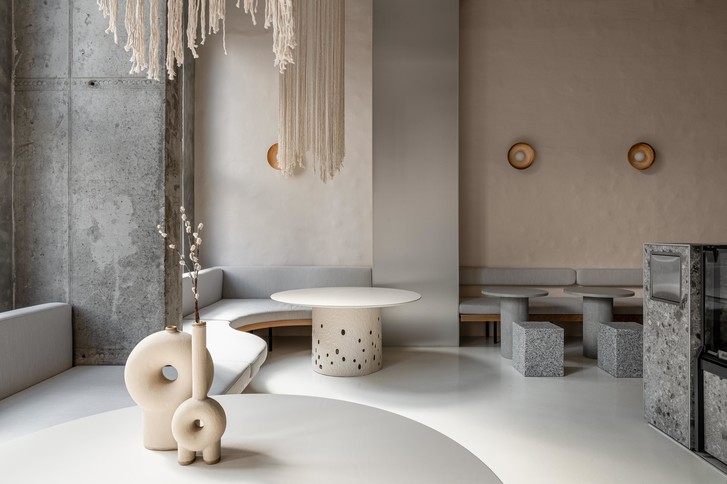 In the city of Rivne in the north-west of Ukraine, a cafe-bar “Salyut” was opened according to the project of the local bureauRomanXSvitlana. For the interior of the 190-meter institution, the architects chose a minimalistic palette: white brick walls and light gray floor give the space visual depth and “air” and compensate for the small amount of daylight entering the room. And stainless steel structures, fixed under the ceiling and forming a kind of grid, allow you to hide all communications. 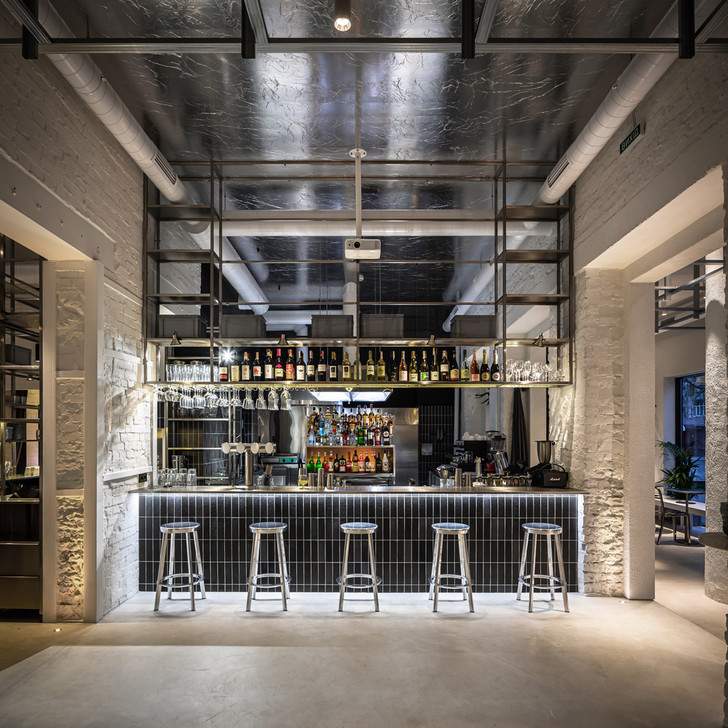 The architects used black rectangular tiles in the bar area.

Another recent project of the Balbek Bureau studio is the beer restaurant This is Pivbar, which became the sixth project of the chain. The institution is located in a two-story building built at the end of the XVIII century. In the interior, the authors of the project wanted to reflect the connection with Ukrainian culture, rethinking ethnic and folk motifs in a modern way. The result was a modern space with a local flavor, but without stereotypical features. 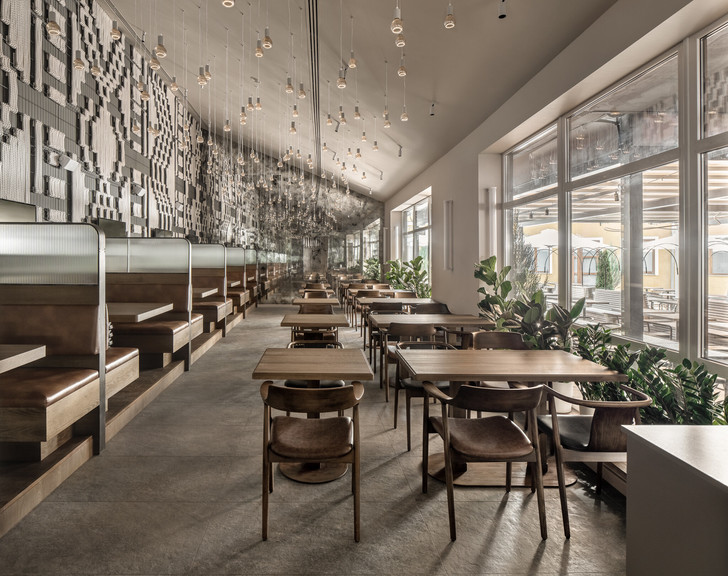 A small but remarkable coffee shop DOT Coffee Station has appeared in a busy area of Kiev near Bessarabskaya Square. Usually passers-by rarely stop at this place, but I really want to look here: even from the street, a large pixel mosaic with a strange image is visible on one of the walls. The unusual interior was invented and brought to life by the Kiev studio YOD Group. 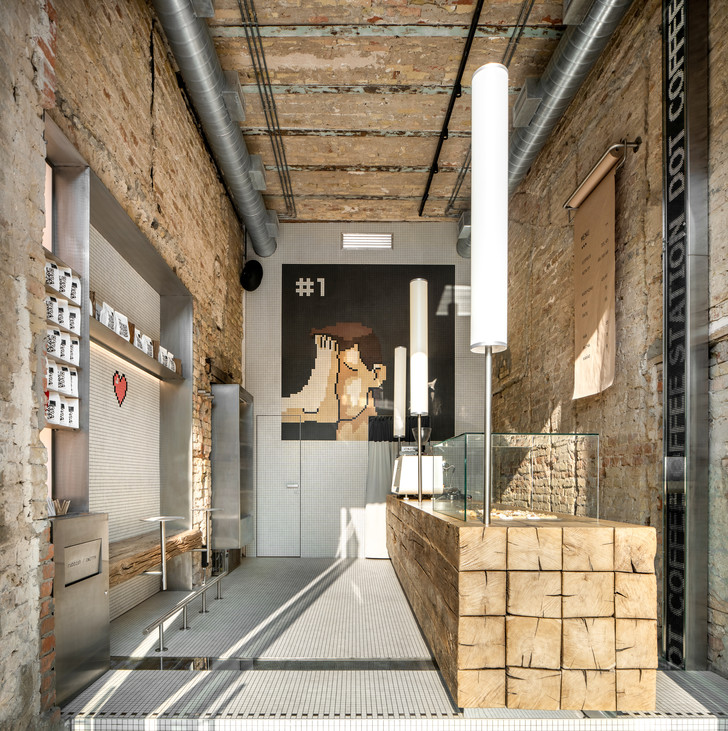