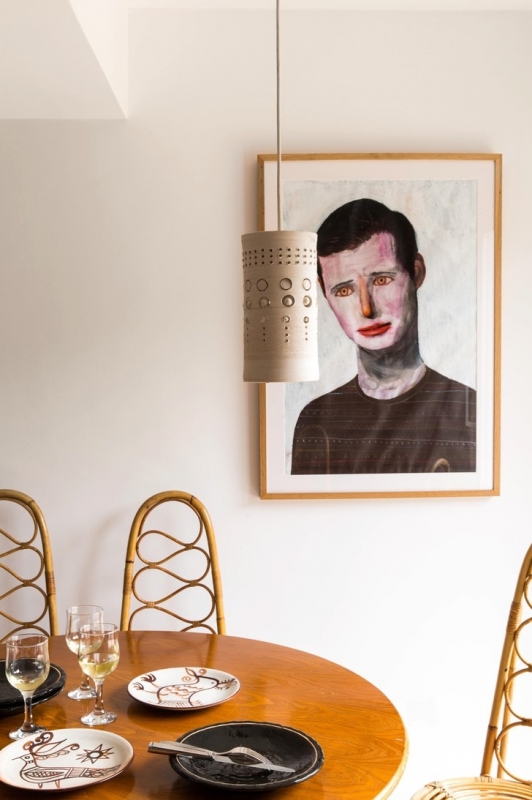 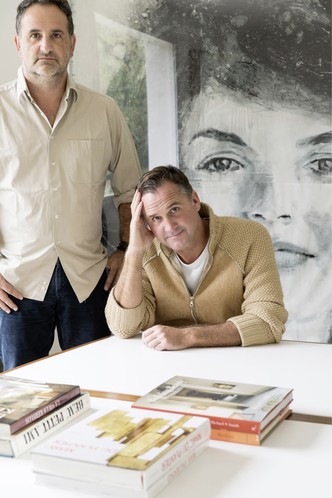 Famous designer and antique dealer Serge Castella and his partner Jason Flinn came to the Spanish coast of Costa Brava in pursuit of the sun. And unlike the locals, who put a lot of effort into hiding from its ubiquitous rays, they planned to enjoy them to the fullest.

“We noticed a modernist house located on top of a hill from the road and immediately realized that we had found what we were looking for,” recalls American Jason Flynn. A one-story building built in the 1960s, a rare example of modernist architecture for these places, creeps along the slope. “Overhanging roofs and shaded terraces allow you to spend more time outside, rather than in an air—conditioned room, as is customary here,” says Frenchman Serge Castella. — Everything we’ve seen before is ruined castles, stone farms or trendy glass villas. We wanted not just historical or modern, but timely architecture, so to speak.” Since Serge Castella’s design is unlike anyone else’s, he is allowed to choose any words to describe his and Flynn’s work. 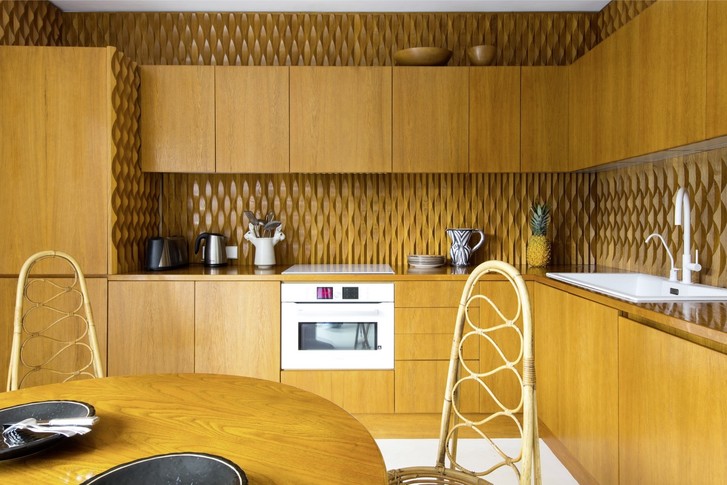 The kitchen is made of oak with carved decoration designed by Serge Castella. Oven and stove, Bosch. Sink, Franke. Mixer, Vola.

“We immediately realized what needed to be fixed in the house,” says Flynn, “moved the entrance to the house and the main entrance, got rid of the corridors, combined the living room and kitchen, while further isolating the private part with three bedrooms.” 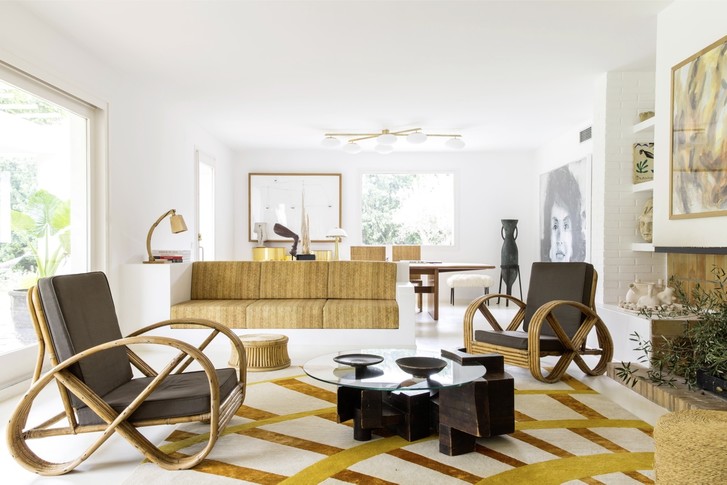 “The strength of our work is absolute comfort! — says Castella. — I don’t just put the most comfortable sofa, but I create visual comfort due to proportions and color.” How else to explain the pilgrimage of friends and clients who flock to the house from all over the world? “They just call and come, and then invariably fall in love with this region, which we call the ‘undiscovered Tuscany of Spain,'” says Flynn. — And although we like the relaxed atmosphere — everyone here wears only linen clothes and espadrilles — interior design can not be called informal. It’s light, airy, yet stylish and carefully designed.” 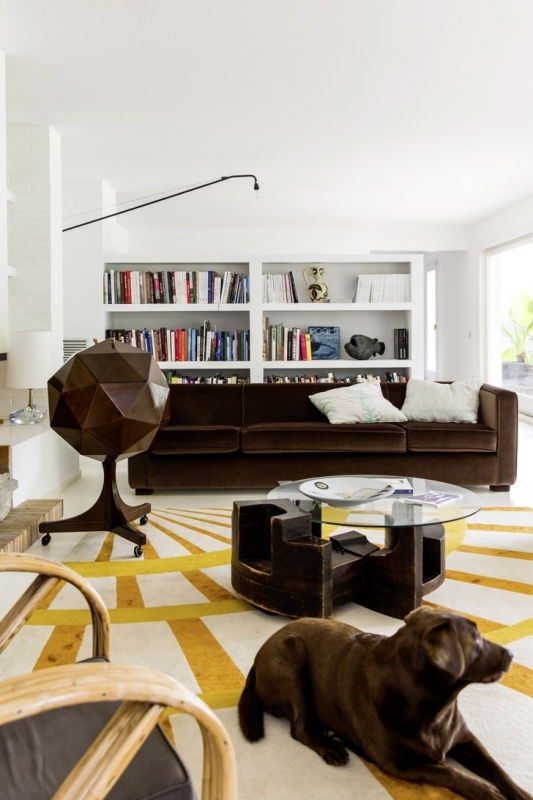 Living room. Jacqueline sofa, designed by Serge Castella. A bar in the form of a polygonal sphere, designed by Iko Parisi, 1950s. Potence sconce with a long outrigger bracket, designed by Jean Prouvet.

“I don’t just put the most comfortable sofa, but I create visual comfort due to proportions and color” 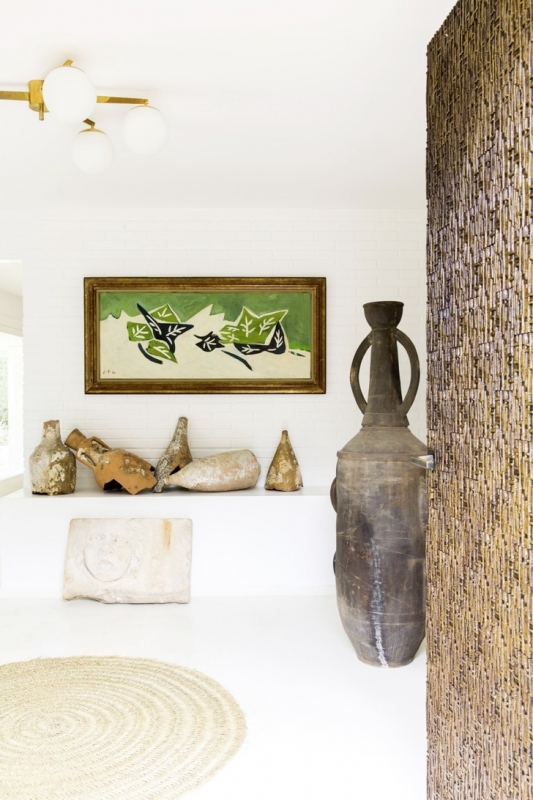 The interior is designed in muted, neutral tones with a predominance of white, which Serge Castella chose for polished concrete floors made in place of old ceramic tiles. “The white background for me is like a canvas on which you can apply any drawing in the form of interesting pieces of art and furniture, which immediately become the center of the room,” he says. Most of the items are made according to his project, the rest are rare vintage from the time of the house’s construction. Like, for example, the chairs of the American architect Paul Frankl (Paul Frankl) of the 1950s. 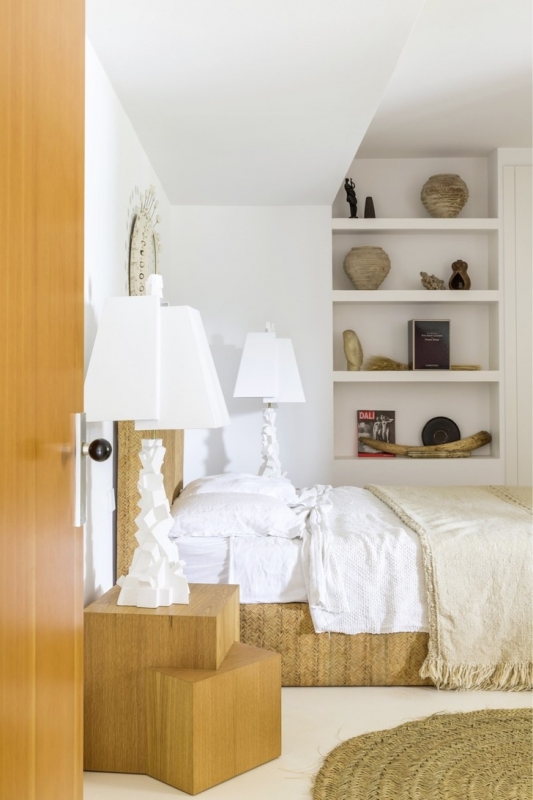 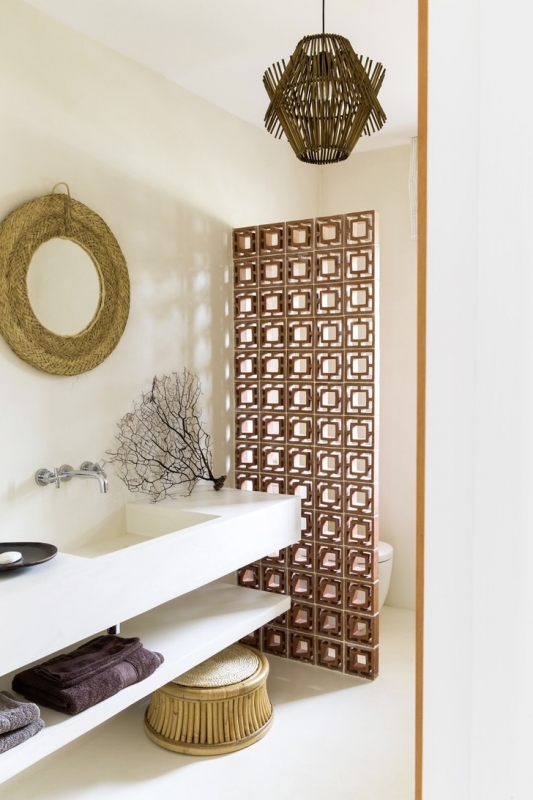 Since the kitchen became part of the living room, Castella approached working on it as a sculptor. He designed a giant bas-relief made of carved oak panels. “Serge’s design is simple and fascinating at the same time,” says Flynn. — Look closely at his creations, and you will see something that you have never seen and that incredibly enriches the interior. And although we discuss all the details of the work together, the result amazes me every time, even after thirty years of living together.” www.sergecastella.comOffice. 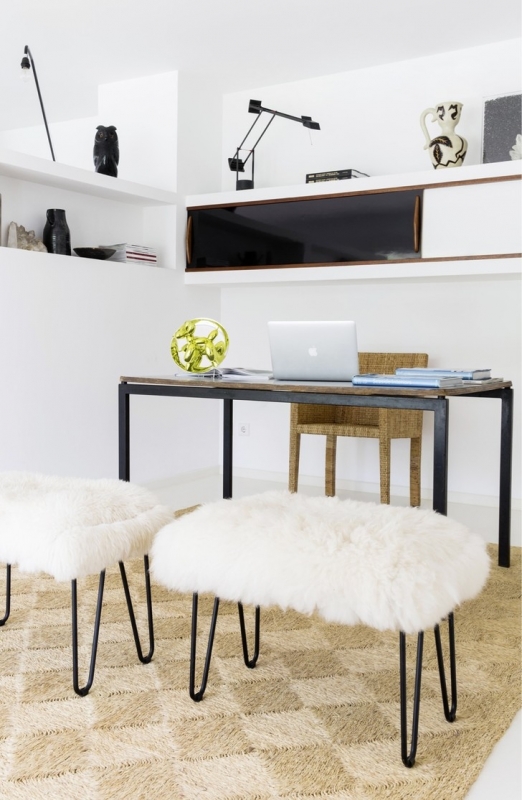 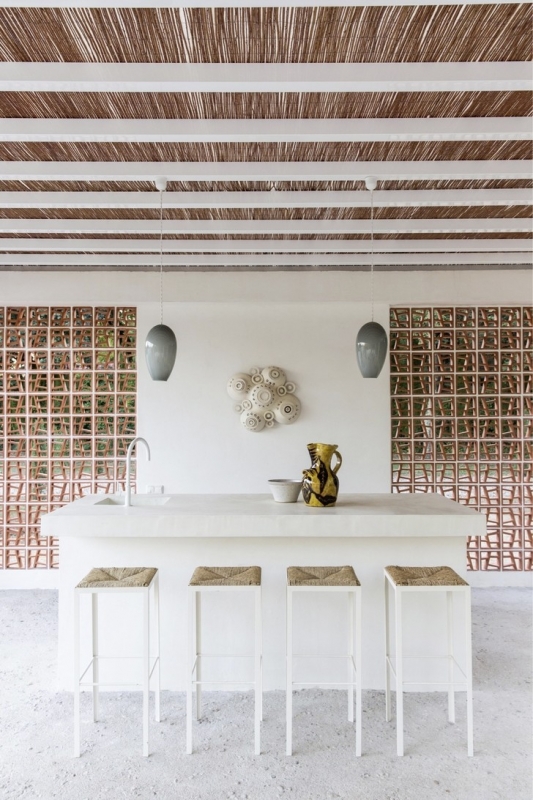 Summer kitchen at the pool. The walls and ceiling are decorated with rattan. The ceramic panel is the work of Georges Pelletier. Glass pendant lights, France, 1960s. Jug by Jean Lursa, France, 1950s. 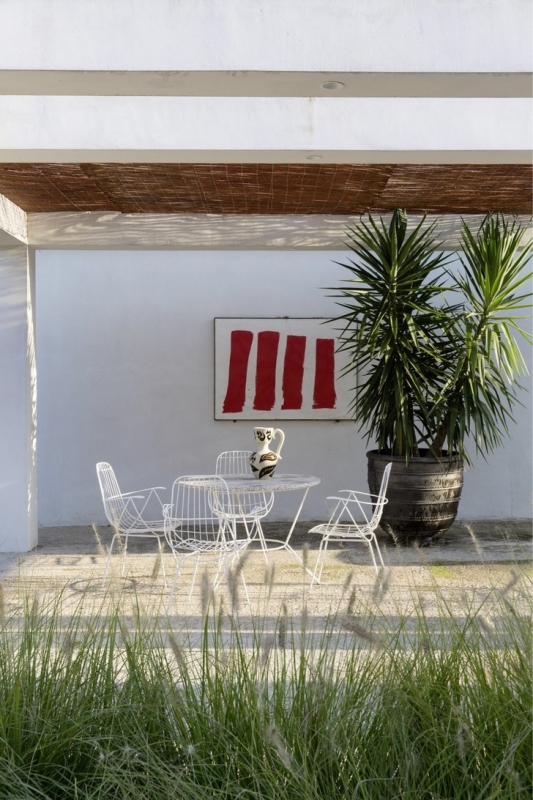