The first spring issue of AD is dedicated to personal life. How to arrange it and find a mate, we will not teach you, but we will tell you how to make a cozy family nest. But that’s not the only reason why it’s worth buying and reading the March issue of AD. 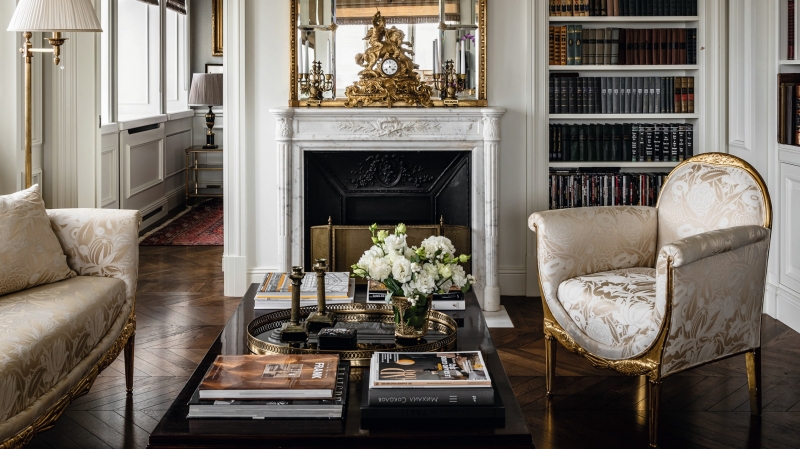 Elena Weinstein’s apartment. The living room is on the ground floor. Sofa and armchairs designed by Maurice Dufresne, 1923; antique mirror and fireplace in the style of Louis XVI from France.Photo: Mikhail Loskutov

1. AD regularly visits celebrities and shows how they live. And in this issue we talk about the six best historical houses-museums located in different countries. Our selection includes houses that belonged not only to creative people, but also to wealthy families who could afford to embody their ideas about the ideal interior in the best way for those times. 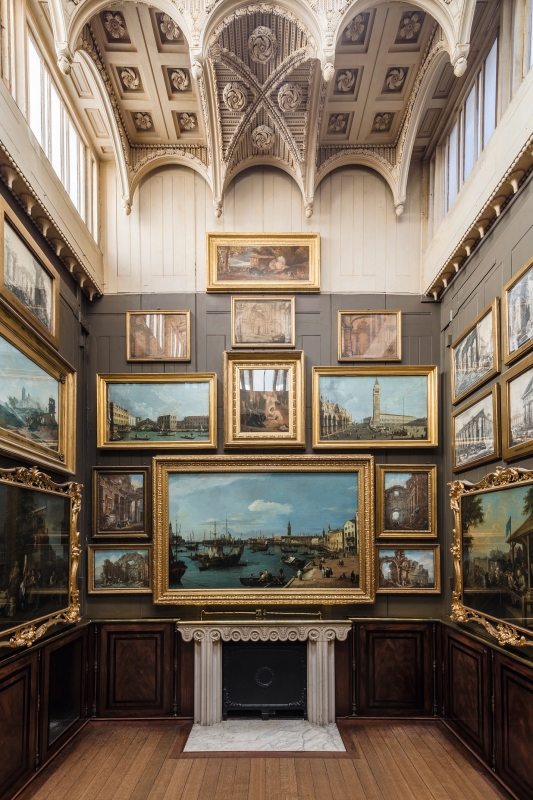 2. It so happened that in this issue we have published three attics at once: the interior of Yulia Tazulakh and the Hot Walls bureau, in which there are already eighteen windows, an authentic loft designed by the Artform bureau in the building of the former Kadashevsky baths and a two-level apartment of the decorator Elena Weinstein. Life in the attic seems very romantic. If you are also drawn to live under a roof, then look at these completely different interiors and read our note on page 90 about what you need to know about the features of attics. 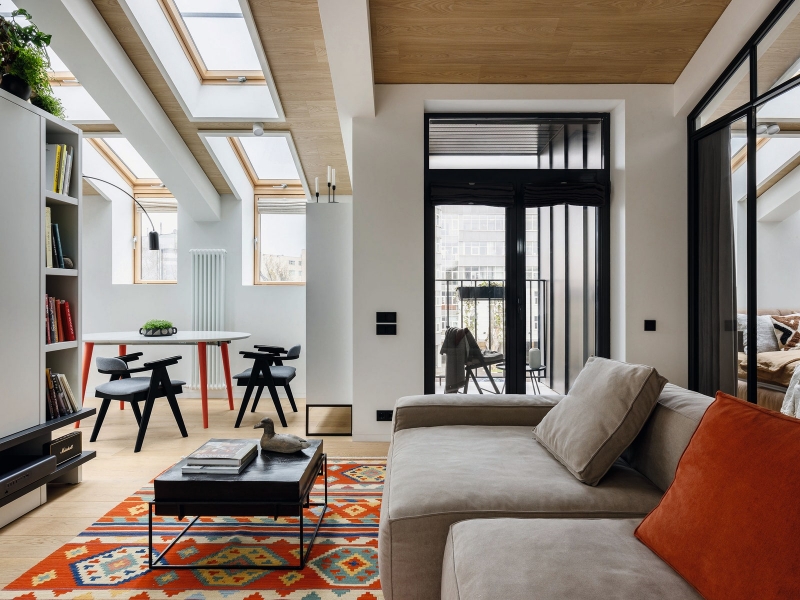 Interior of Julia Tazulakh and the Hot Walls bureau. The living room and the view from it to the kitchen and dining area. Sofa, Boca; kitchen set made to order, Redome.

3. The dedicated master unit, which includes a bedroom, bathroom and dressing room, has become as much a mandatory part of the interior as the living room with dining room. And a small square footage in this case is not a hindrance. In our dossier you will find ideas for the design and organization of space in the private part of the apartment, as well as finishing materials and interior items that you may need for this. We have not forgotten about creating an atmosphere, so we have collected new fragrances for the house and nice accessories. 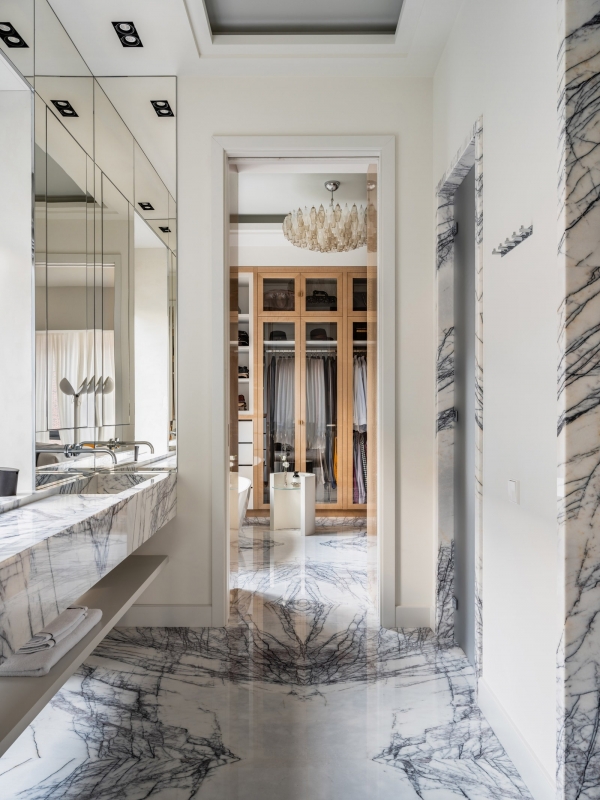 Apartment of designer Olga Maleva in Moscow. Bathroom and dressing room. Sinks are made of marble; faucets, Axor; there is a bathtub in the dressing room by the window; next to a table designed by Olga Maleva; chandelier Poliedri, Venini, 1970.

4. For the first time, we published the Moscow apartment of decorator Elena Weinstein in 2012, and now, ten years later, you have the “second series”. During this time, the apartment had an attic floor, which the owner was engaged in repairing during the pandemic. If not for this circumstance, who knows how many more years we would have waited for the continuation of this beautiful French story. 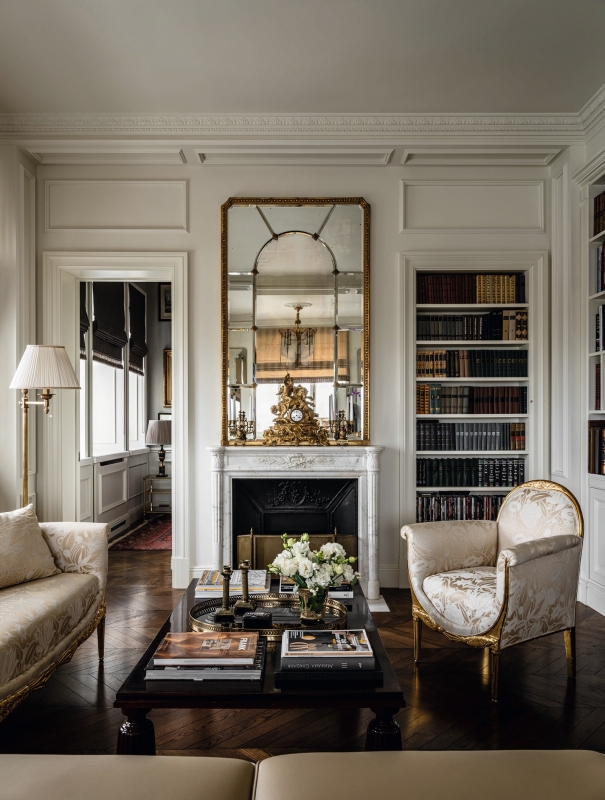 Elena Weinstein’s apartment. The living room is on the ground floor. Sofa and armchairs designed by Maurice Dufresne, 1923; antique mirror and fireplace in the style of Louis XVI from France.

5. Since this year, on the last page of the magazine, we have been telling the stories of the construction of legendary buildings that have become architectural monuments. The hero of the March issue is the Guggenheim Museum in New York, built by Frank-Lloyd Wright. 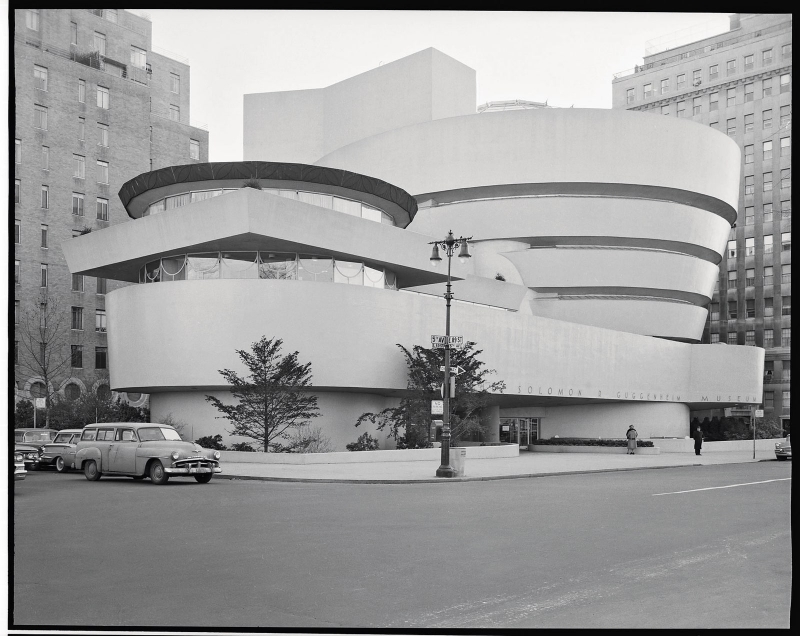 Archive photo of the Guggenheim Museum in New York.