The products of the tea set repeat the shape and decor of the historical service. 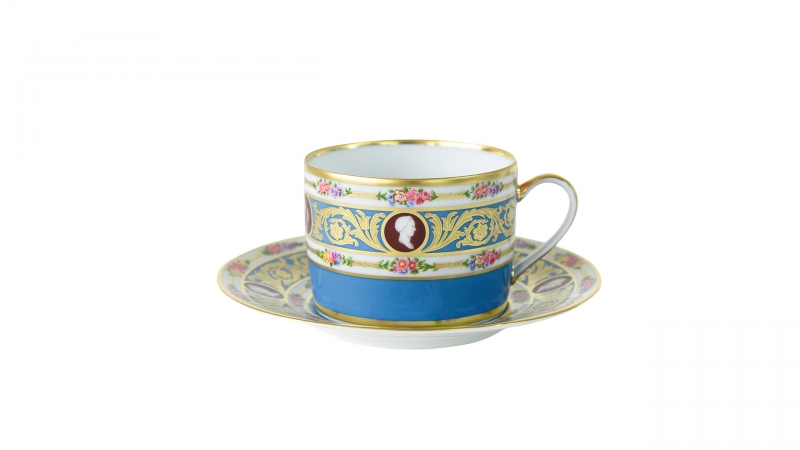 In 1777, the Russian Empress Catherine II ordered a tea set for sixty people at the Royal Manufactory in Limoges as a gift to Prince Grigory Alexandrovich Potemkin. In order for everything to be done perfectly, she placed an order as if for herself. For two years, forty craftsmen worked in a workshop specially created for this purpose on a set of more than seven hundred items, and it became the largest and most expensive in the history of the porcelain manufactory (in terms of modern money, the gift cost 12 million euros). 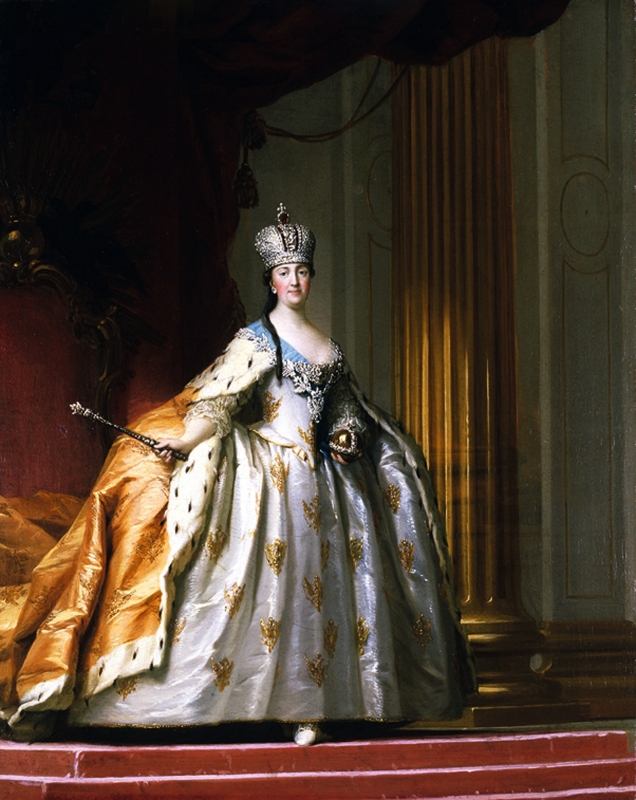 The Empress chose the painting and the color herself: her favorite cameos on a bluish-turquoise background. The historical service is now stored in At the Hermitage, but at the end of last year, exclusively for Russia, the Bernardaud company, of which the Limoges Manufactory became a part, released the Catherine II de Russie tea set for six people, whose products repeat the shape and decor of the historical service. Catherine II de Russie includes dessert plates, a teapot, cups and saucers, a sugar bowl and a milk jug. 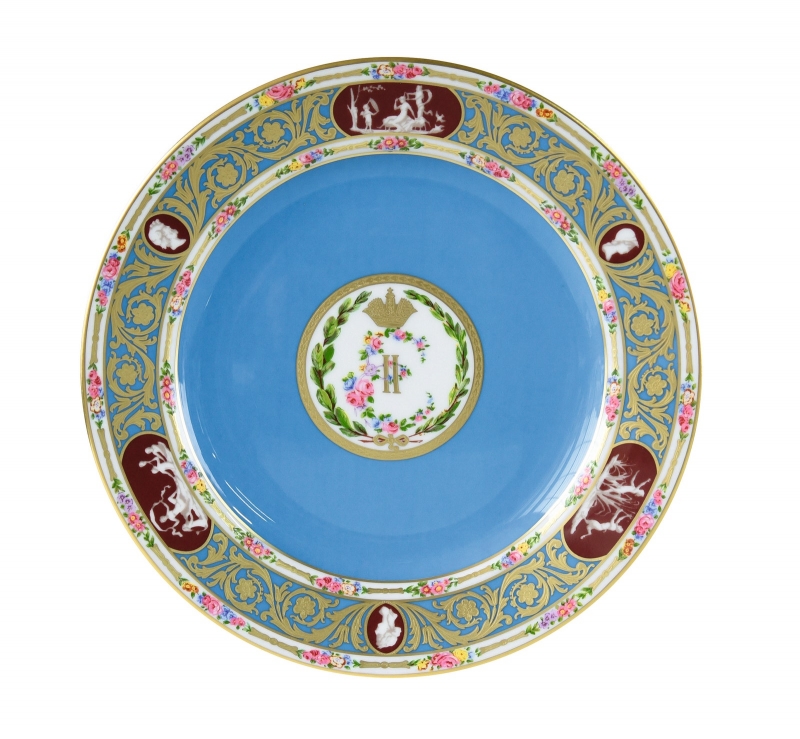 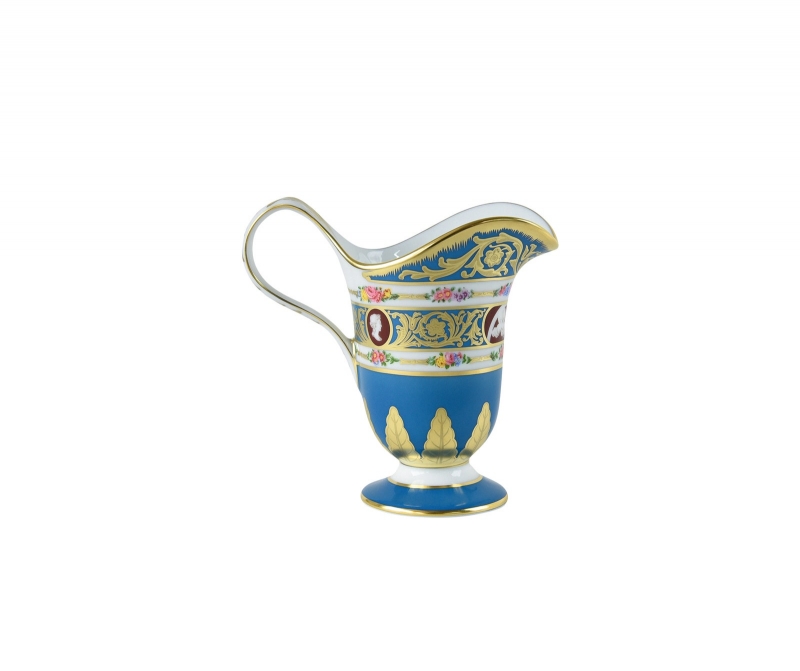 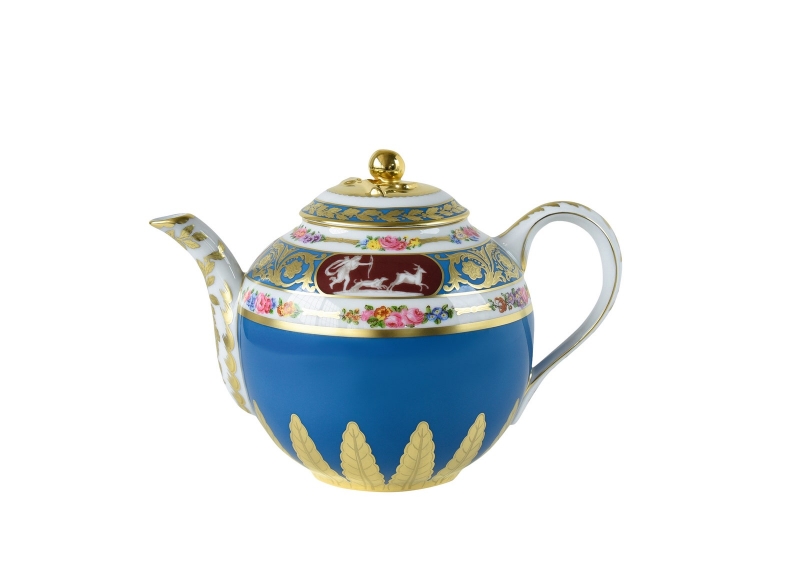 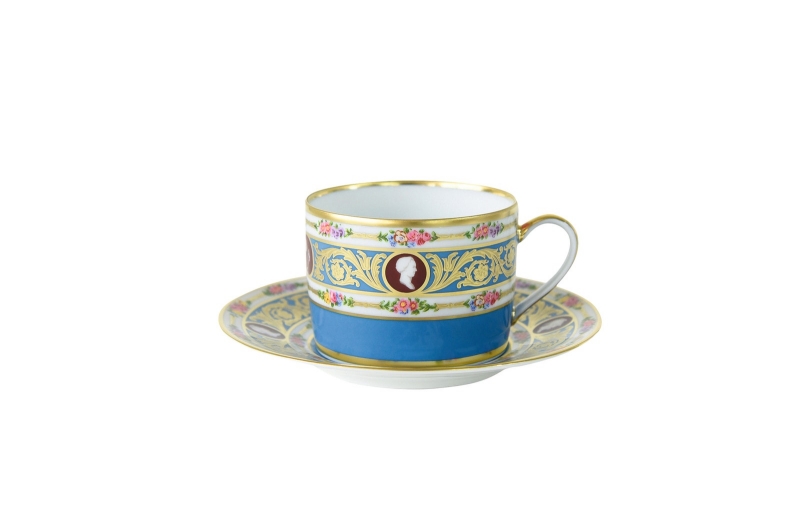