Now there is little in Oranienbaum Park that reminds of the former fortress of Peterstadt, once located on the right bank of the Karost River. It was built for the military amusements of the “Holstein nephew” — Karl Peter Ulrich of Holstein-Gottorp, Grand Duke Peter Fedorovich — later Emperor Peter III, whose reign lasted only 186 days. 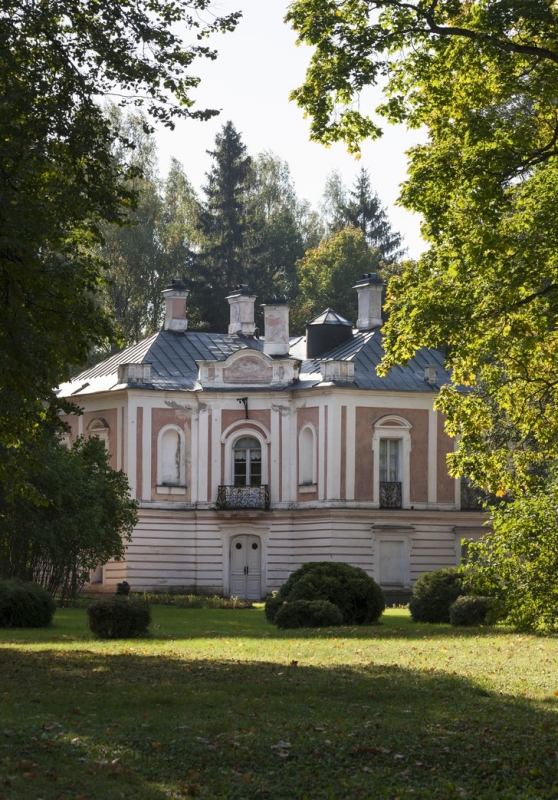 The main facade of the Palace of Peter III.

In 1742, he was summoned to Russia, and on November 17, 1743, Empress Elizabeth Petrovna granted him the Oranienbaum. The grandson of Peter I and the great-nephew of the Swedish King Charles XII received a brilliant education, was successful in the exact sciences, was fond of geography, architecture and music. By the age of 12, he had the rank of lieutenant, knew military affairs and fortification perfectly well and was fully prepared in case of succession to the Russian or Swedish thrones. 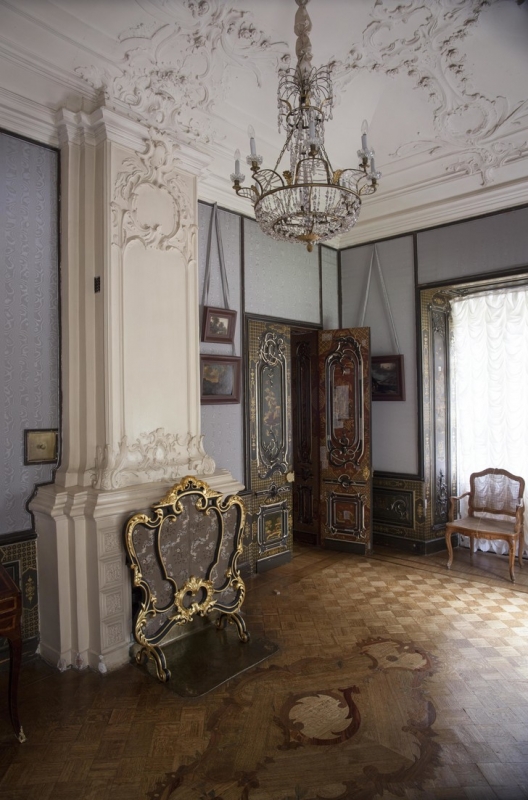 The miniature palace is Rinaldi’s most perfect building by design 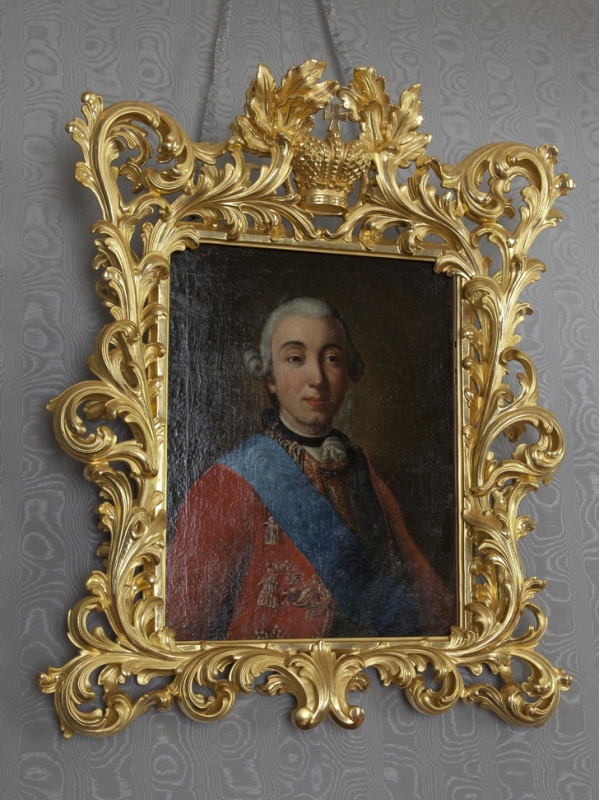 The owner of the palace is Emperor Peter III. A copy of the portrait of Pietro Antonio Rotary.

He was allowed to send a small detachment of soldiers from Holstein, who became the inhabitants of Peterstadt. The first fortress, built in 1746, had earthen ramparts, wooden buildings and was fenced with a palisade. Despite this, at that time it was a serious fortification. 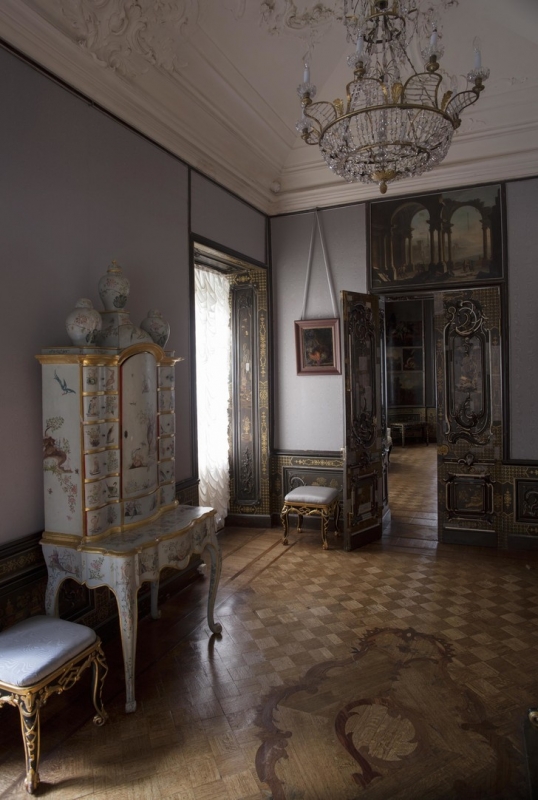 The cabinet of Peter III. View towards the Picture Hall.

Ten years later, in 1756, according to the project of the “stone craftsman” Martin Hoffman, a real fortress in the form of a twelve-pointed star “about five bastions with cast-iron cannons” begins to be built here. Inside it there was an arsenal, houses for generals and officers, a powder magazine, a church and barracks. 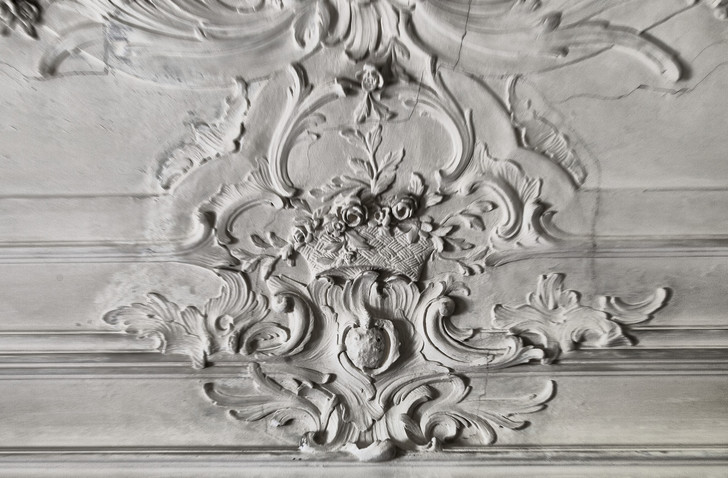 A fragment of stucco decoration.

In the center there was a pentagonal parade ground, and at the north-eastern bastion, opposite the Honorary Gate, in 1758 construction began on a miniature palace for the commandant of the “Holstein fortress” — Grand Duke Peter Fedorovich. Only the gates and the palace of Peter III have survived to our time — the earliest and most perfect construction by the famous Italian architect Antonio Rinaldi. 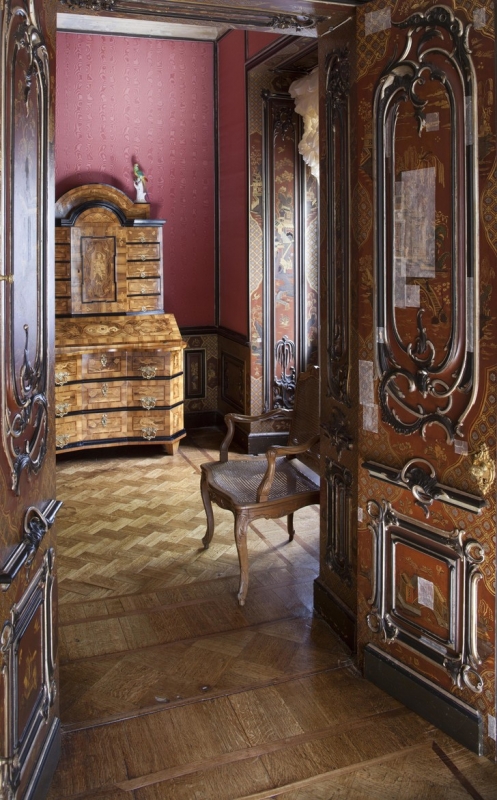 View from the Study towards the bedroom.

A small, cube-shaped two-storey pavilion with a radially cut corner, interpreted as the front facade of the building, is placed diagonally on the former site of the fortress of Peterstadt. The premises of the first floor were of a service nature. On the second floor there is no usual ceremonial suite: five rooms around the perimeter of the palace — an Anteroom, a Pantry, an Office, a Bedroom, a Boudoir and a Large picture Room in the center seem to be connected in a single knot and emphasize the intimate, everyday lifestyle of the owner. 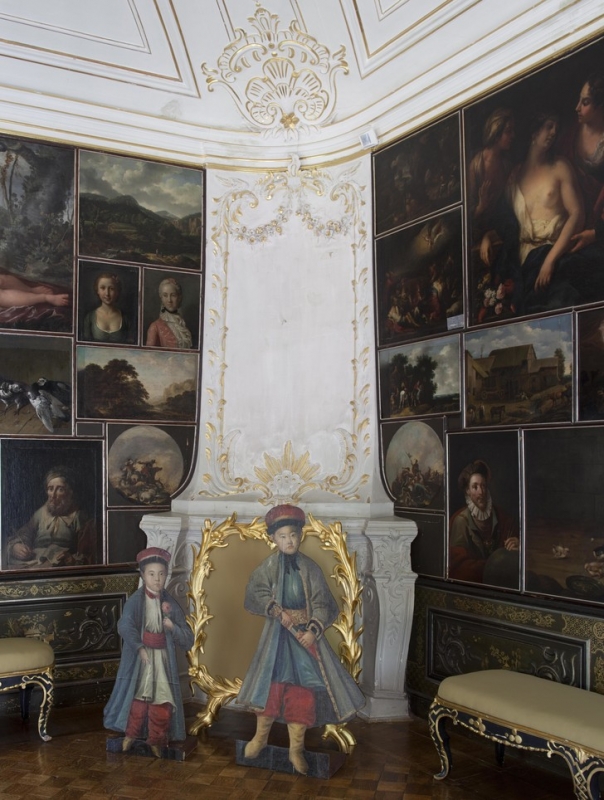 An art hall with a tapestry hanging of paintings popular in the XVIII century. There are deceptive figures depicting Chinese children by the fireplace. 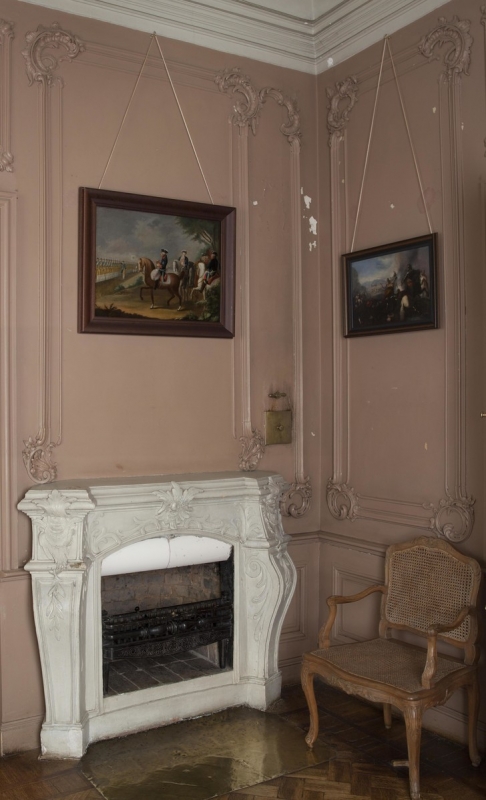 The front. A fragment of a hall with a fireplace.

Their names have been preserved: the master of lacquerware Fyodor Vlasov, the painter Danilov, the carvers Dmitry Mikhailov, Pavel Durnoglasov, Dmitry Ivanov and Semyon Firsov. The stucco decoration belongs to the master of the Office of the buildings Albert Jania. The tutor of the Grand Duke, academician Jacob Shtelin, carried out in 1762 a trellis hanging of paintings in the Picture Hall. 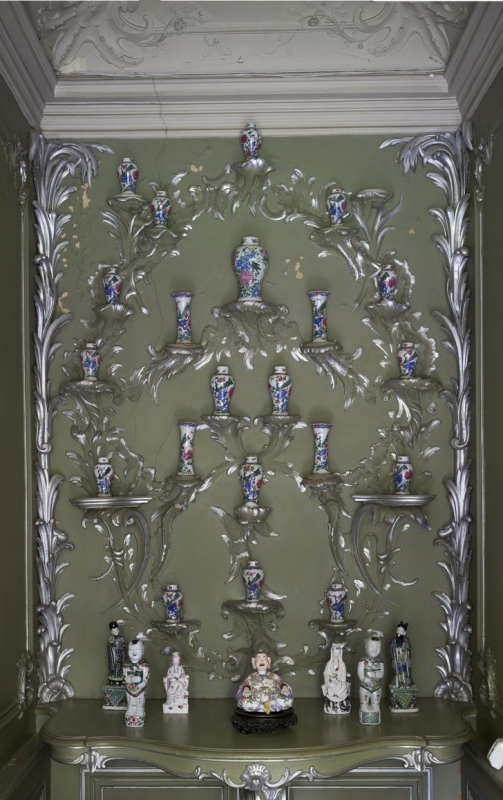 The pantry. A fragment of a wall with carved silver-plated consoles and decor in the form of palm trunks.

Having survived the repairs of the XIX century, miraculously not affected by the war, the palace of Peter III after the restoration work of the 1960s, which returned the original appearance of the premises, remains a genuine pearl of Russian art of the XVIII century. 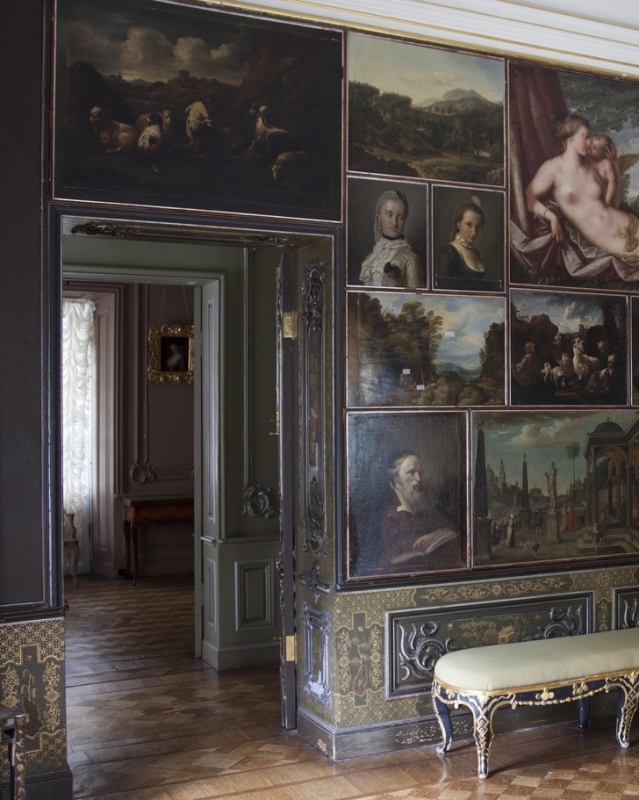 Picture hall. View towards the Pantry and the Front.