Five months of work — and the old veranda turned into a cozy, warm house, in which modern architecture coexists with Middle Eastern culture 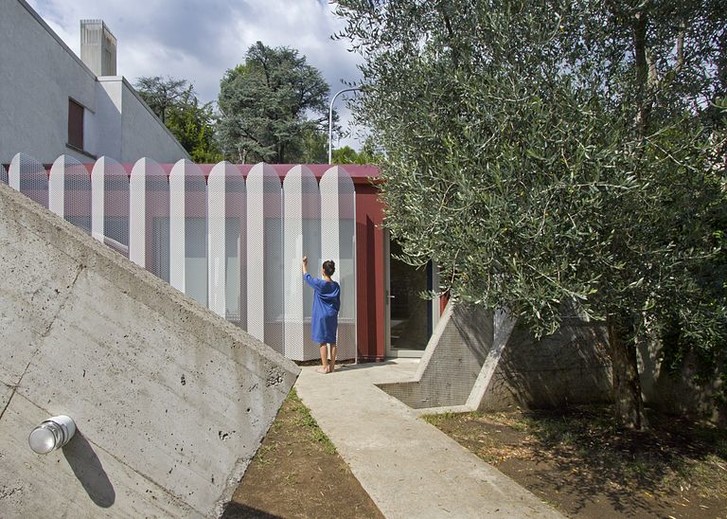 This microdome with an area of only 25 sq m is actually an extension to a small building in the heart of the Val Seriana Valley near Bergamo, built in 1968 by architect Armen Manoukian. A year ago, the architect Francesca Perani took up the work and in just five months she managed to turn the old summer veranda into a warm, cozy space with all amenities. 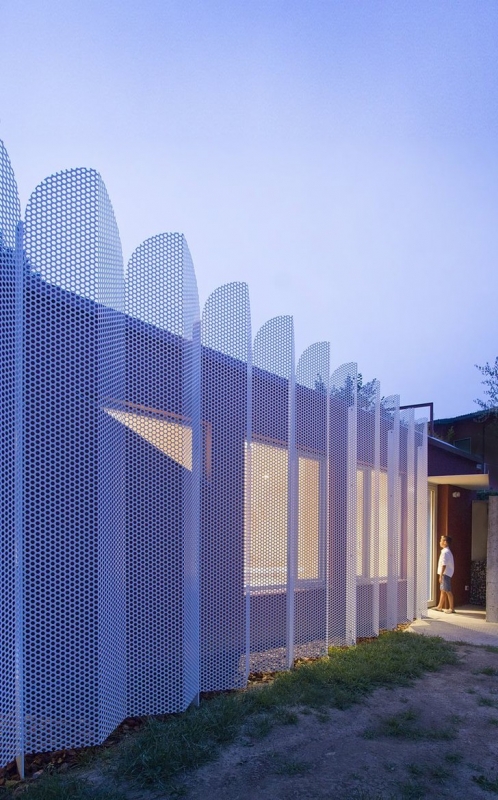 The owners of the microdome are an Italian-Iranian couple who wanted to get an interior in which modern Italian design would be combined with Middle Eastern motifs.

So an unusual openwork fence appeared in front of the southern facade-an accordion in the shape of arches, which protects large panoramic windows from the scorching sun and at the same time is a direct reference to traditional Iranian architecture, reminding the hostess of her homeland. 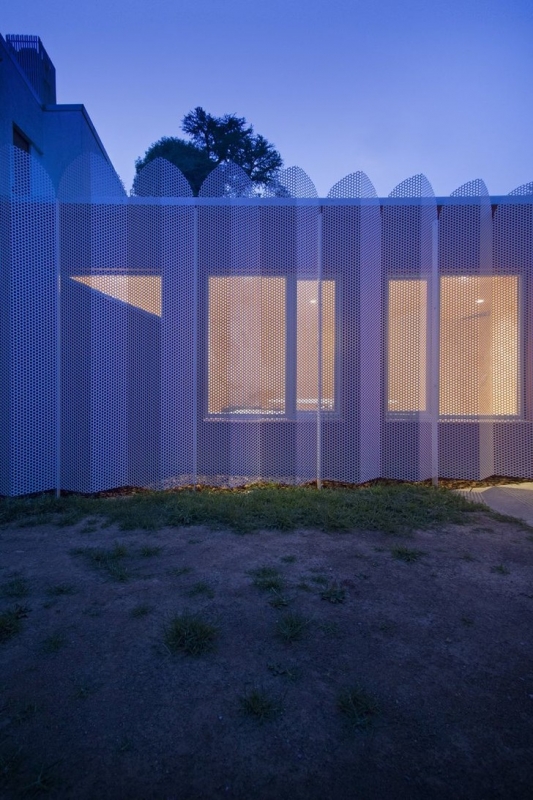 Inside, the living area of the microdome is entirely finished with OSB plates, all the built-in furniture is made of the same material. This solution allows you to make the space whole and organic and visually increases its size. In addition, light beige with brown streaks is associated with desert Iranian landscapes — especially in combination with a bright blue bathroom: the colors of the desert and the sky. 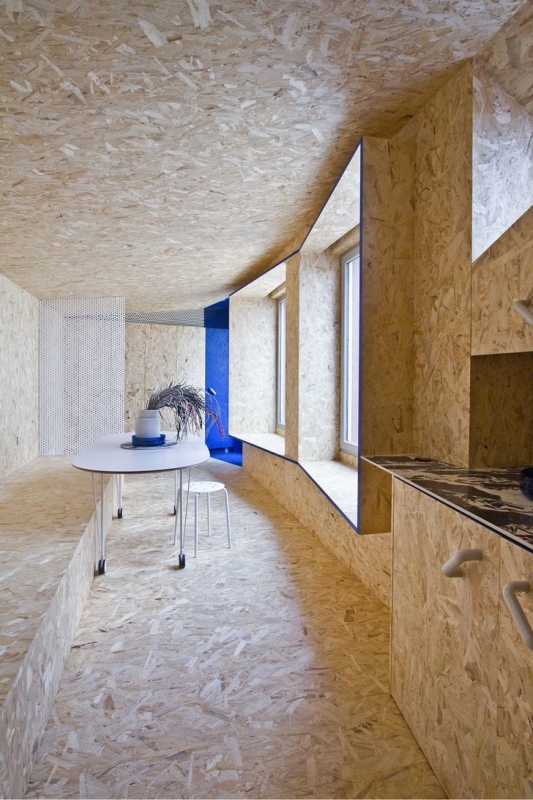 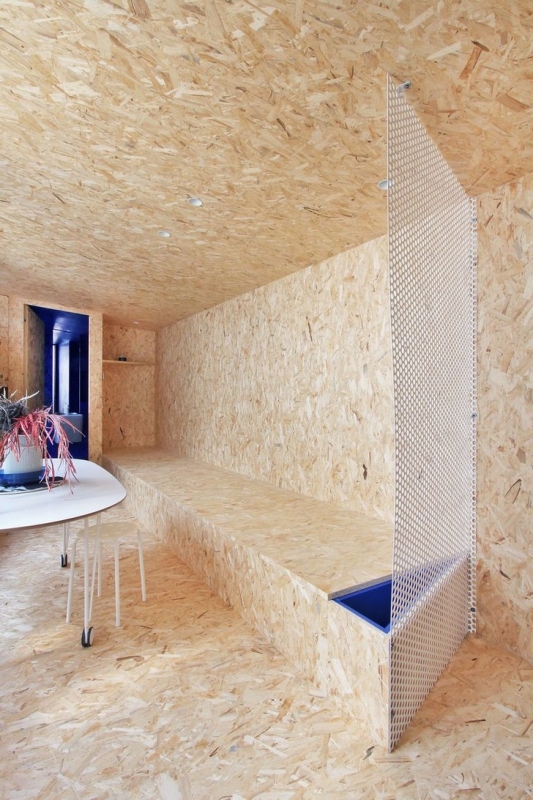 For the bathroom, Francesca chose blue “Iranian indigo”, which became the perfect background for snow-white plumbing and modern fixtures. The shower is equipped outside in a small garden closed from prying eyes, so you can take water treatments and enjoy nature at the same time. 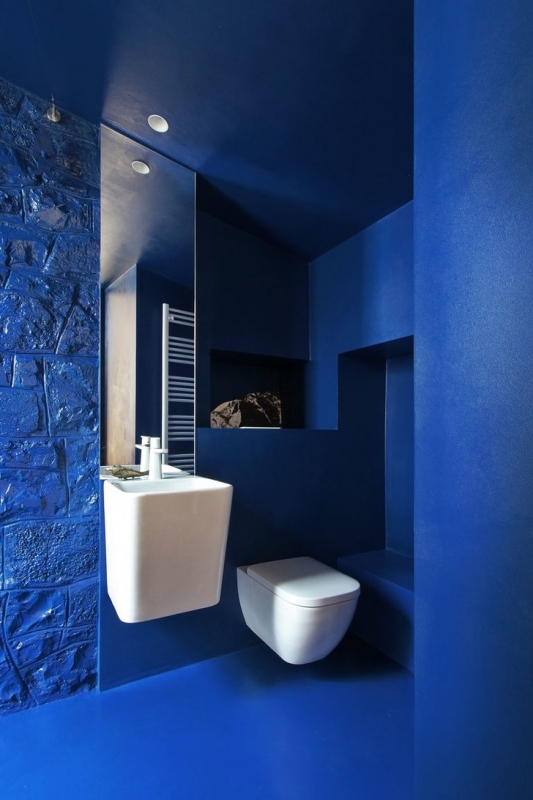 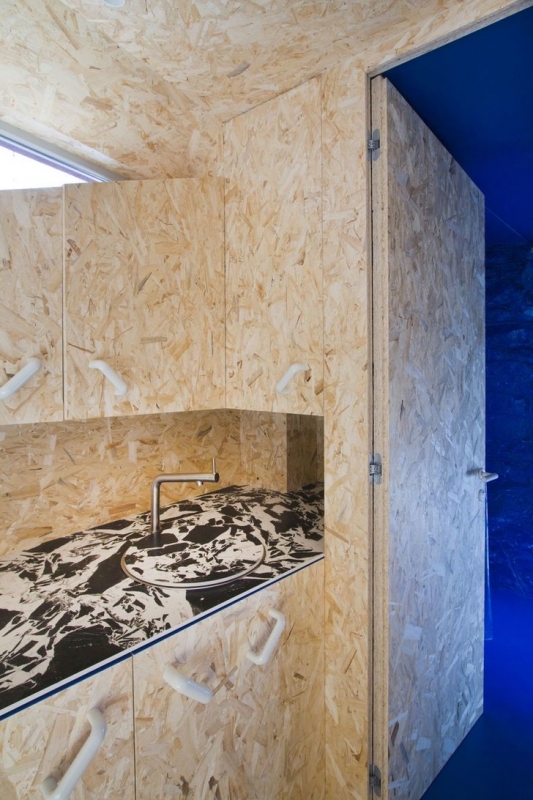