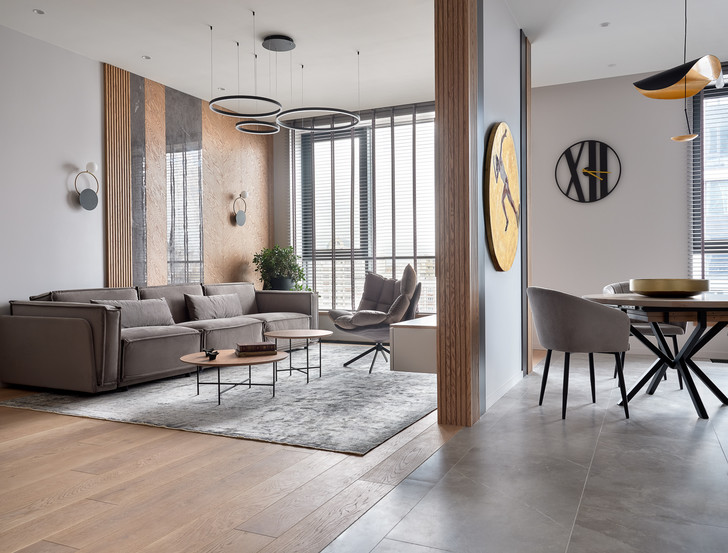 The hostess is a young girl, an athlete, who was bought an apartment by her parents on the occasion of her admission to University. And although it was a gift from their daughter, they wanted to take a direct part in the development of the future interior, which immediately caused certain difficulties. “There was a real struggle between two generations. The parents advocated traditional zoning with a full kitchen, living room and bedroom, the daughter, on the contrary, wanted an open layout, – says the author of the project. —We tried to come up with an option that would suit everyone.” 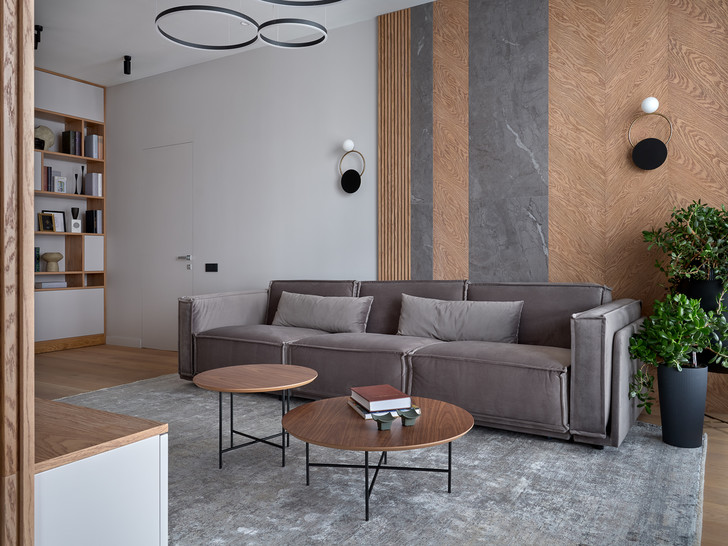 The hostess likes calm natural shades, soft combinations and a minimum of contrasts, so a monochrome gray-beige scale was taken as a basis. The result is a calm, laconic interior with accents in the form of different textures, in which a single color palette and natural materials create a sense of comfort, home warmth and coziness, which the customer dreamed of so much. 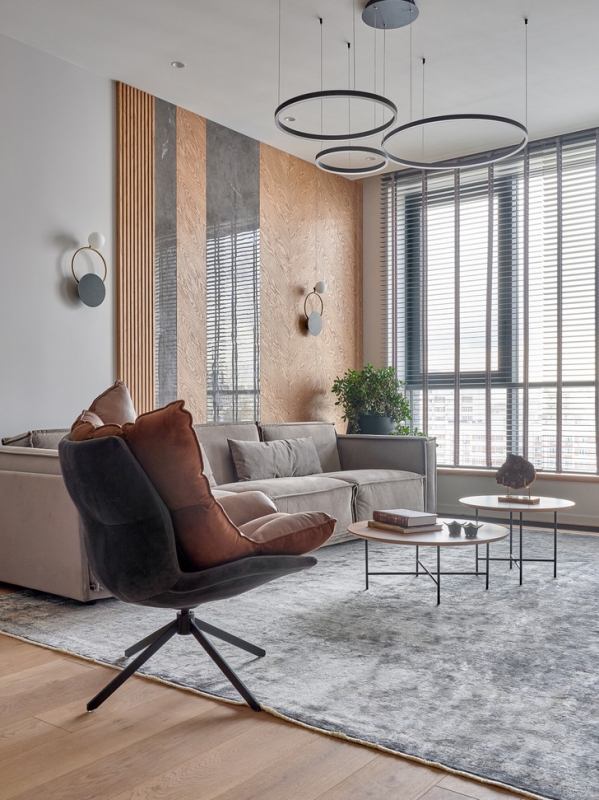 A lot of oak veneer wood panels of a warm, ochre shade are used in the decoration — they help to dilute the monochrome scale. The living room is separated from the kitchen by a partition decorated with veneered slats, on which a TV hangs in a special wooden frame. Thanks to this solution, it looks like a whole with the wall from any angle. 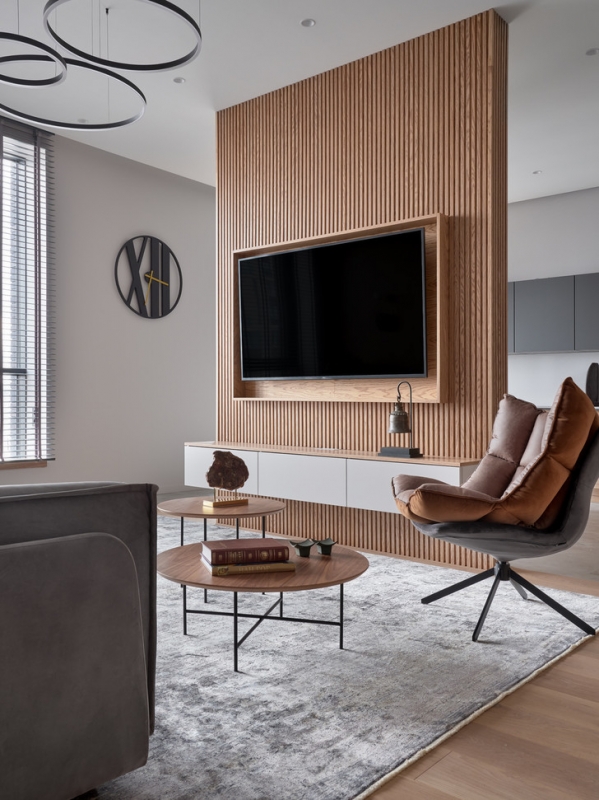 Since the girl is a student, she needed a comfortable workplace to study. The designer decided to arrange it in the living room against the wall opposite the window. There is a work desk, a bookcase and a chest of drawers with drawers for storing papers. 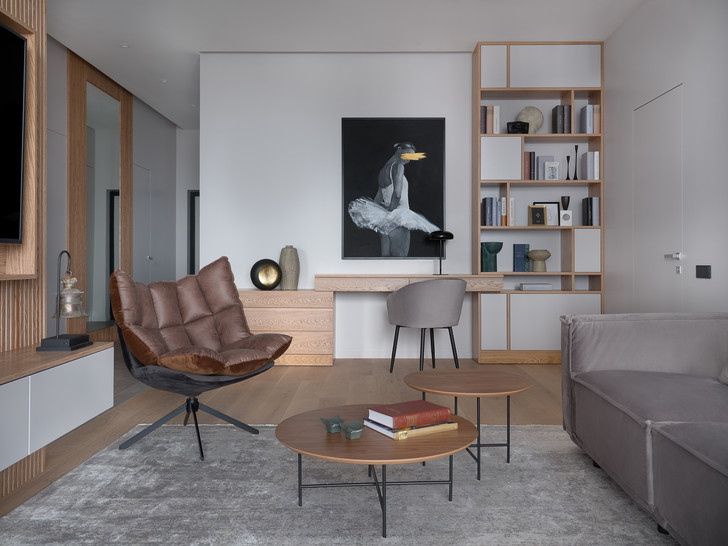 The kitchen turned out to be compact and graphic. The color of the upper kitchen cabinets matches the color of the walls, which is why they literally disappear into thin air. They are complemented by lower cabinets with wooden facades. A vertical section with open shelves and a glass showcase, horizontal blinds and vertical black stripes on the partition wall in the dining area helps to add dynamics to the interior. 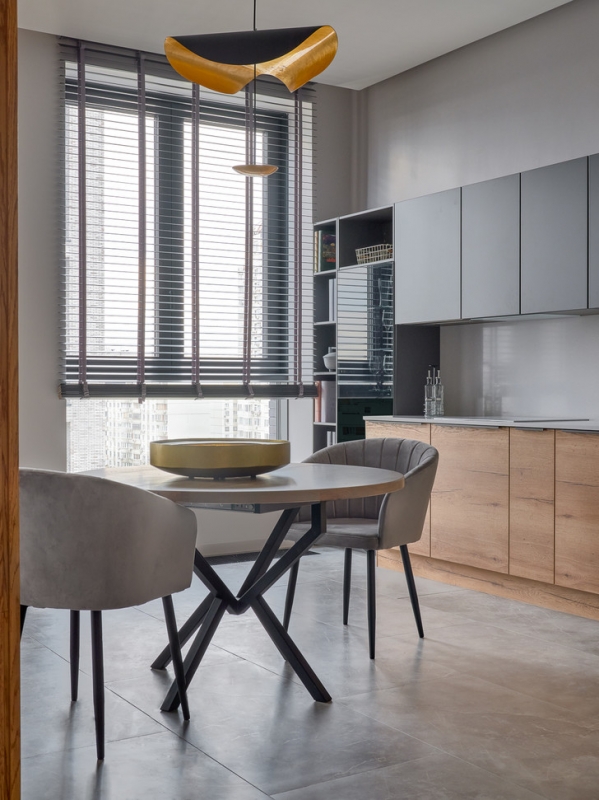 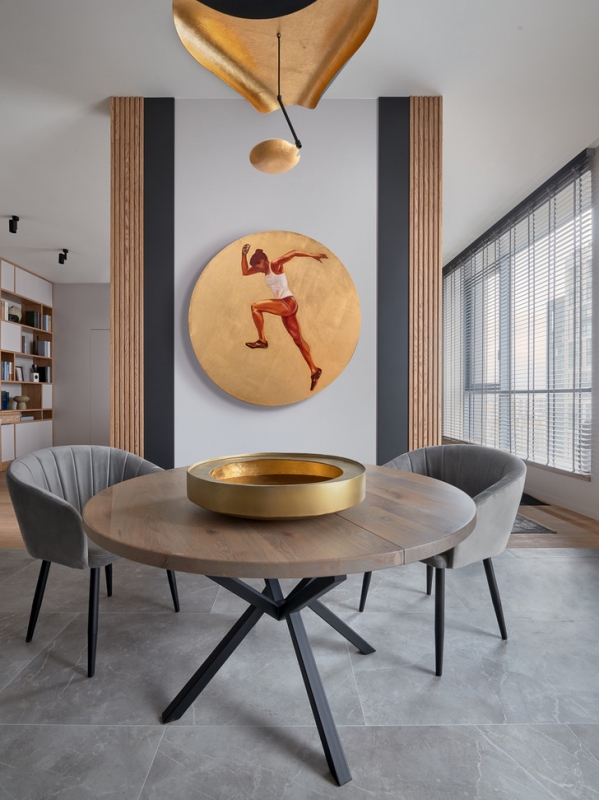 In the bedroom, the wall behind the headboard is covered with 3D panels made of natural veneer. “The customer wanted the headboard to be original, immediately attracting attention—” says the designer. — We placed the panels on three planes, each with a built-in backlight, which makes them visually light and “floating” in the air. In addition, they are located at an angle, which makes the interior of the bedroom more dynamic. The hostess was delighted with the result!” 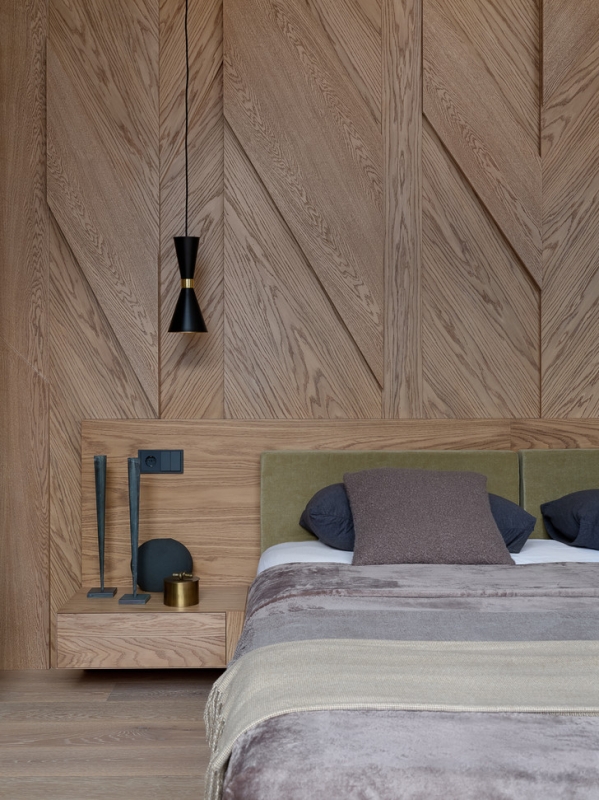 I had to tinker with the layout of the bathroom. The hostess wanted two bathrooms in her apartment, but in this case the only option was to place them next to each other. As a result, it was decided to make one large bathroom with a combined bathroom. It has become a logical continuation of the entire apartment: stone, wooden panels and shades of gray are also used here. 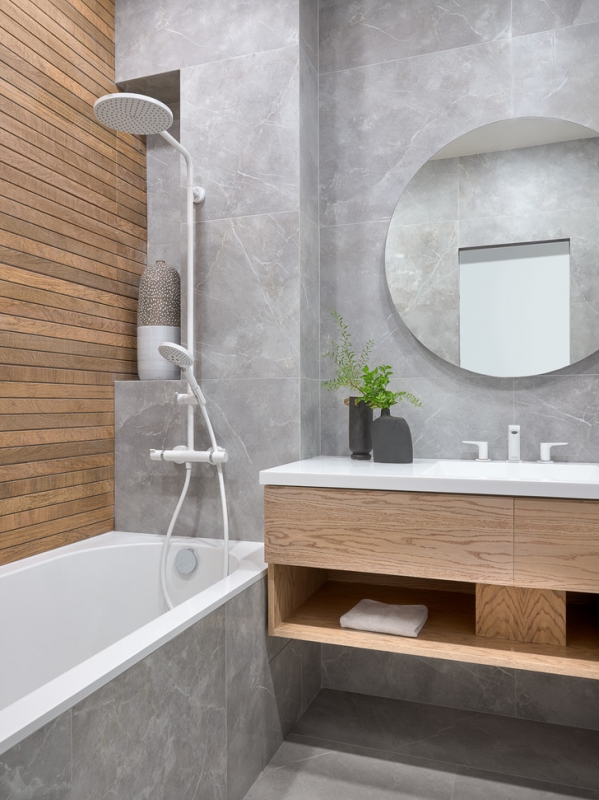 The hallway, despite its elongated rectangular shape, turned out to be extremely functional. A built-in storage system is located along one wall, and the facades of the cabinets are painted in the color of the walls, which gives a sense of volume. To enhance the effect, the designer used a large mirror — in it the hostess will be able to see herself in full growth. 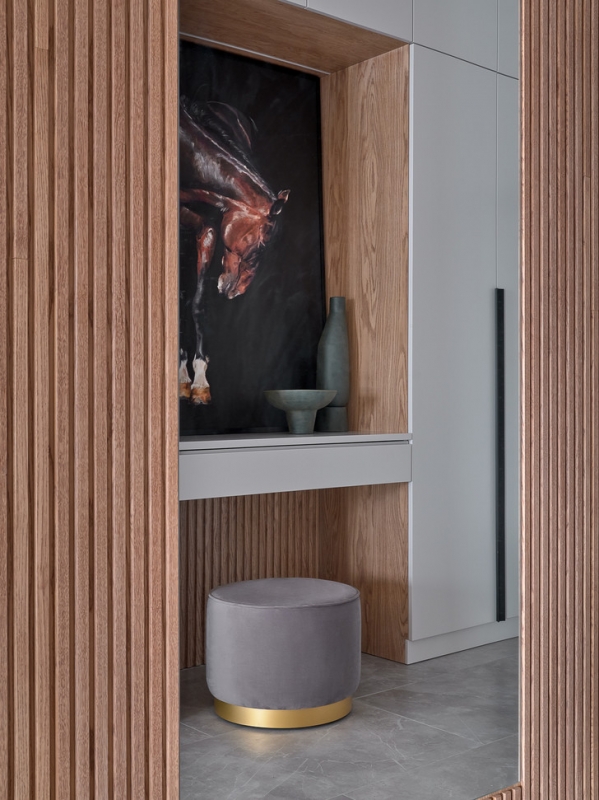 “We are proud that we were able to put an end to the conflict of two generations and create an interior that would appeal to both a young girl and her parents,” Anastasia rejoices — The main task of the designer is to create a minimum of stress and headache during repairs, and we did it! Now parents will be happy to visit their daughter and enjoy staying in this apartment.” 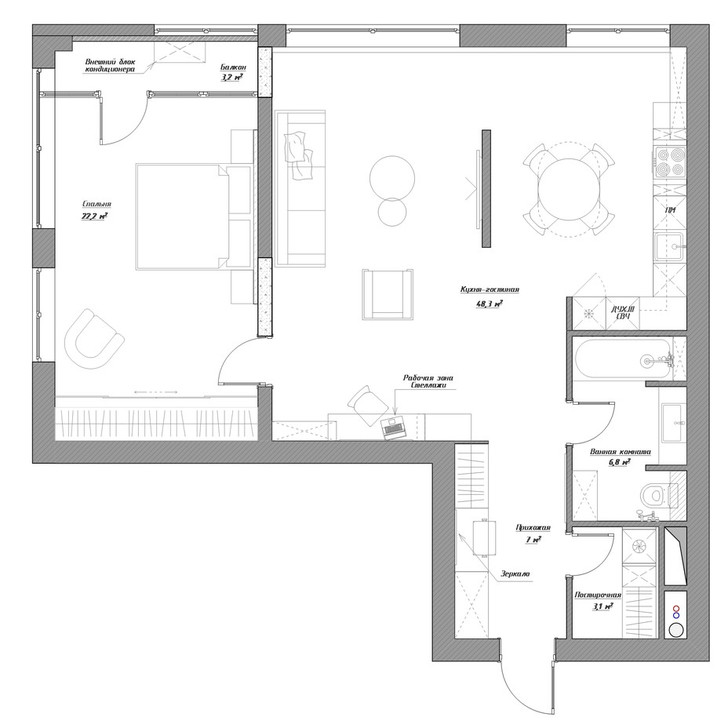