Designer Anna Maltseva designed a cozy, functional apartment in a modern style with elements of minimalism for a married couple 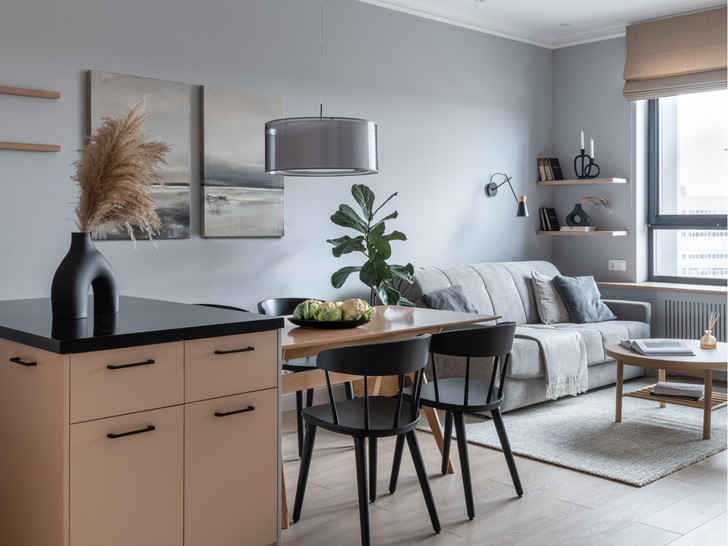 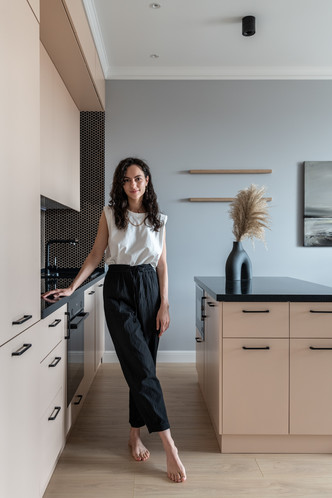 The author of the project is Anna Maltseva.

The owners of this apartment are a married couple who like monochrome and modern style. They also wanted to have an insulated balcony with a workplace in their house, two sinks in the bathroom and to abandon the bulky closet in the bedroom. In addition, they asked to make them a large and functional work area in the kitchen (which was achieved with the help of a kitchen island), and a chamber dining area where guests could be received. 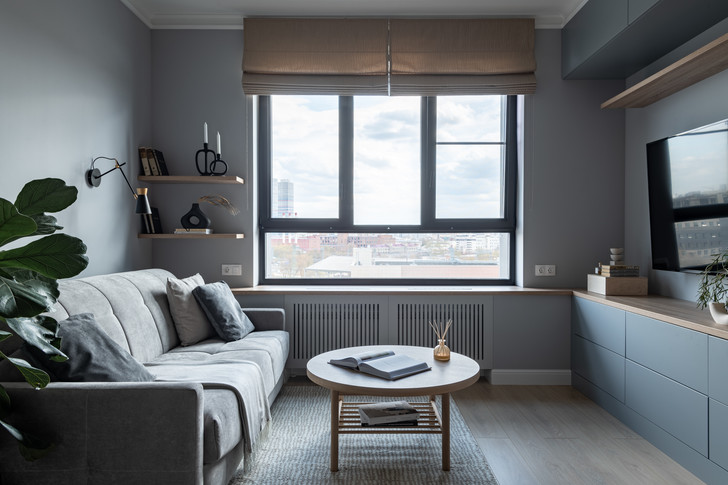 “My task in this interior was to create a calm, balanced atmosphere,” says designer Anna Maltseva. – The elongated rectangular room of the kitchen-living room was divided into squares, and each square was equipped with its own functional area. Thanks to this reception, the room ceased to resemble a “wagon”. Monochrome gray-beige shades are chosen as the main palette, which do not look boring thanks to black accents.” 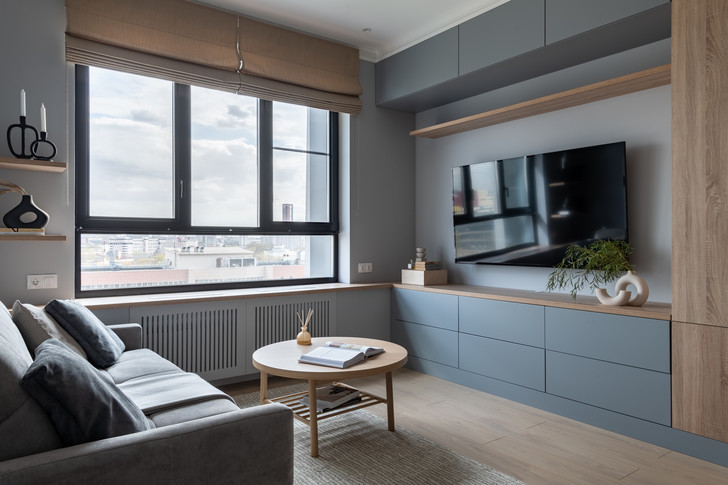 The TV area is made to order according to individual sketches of the author of the project at a private carpentry production.

In the combined kitchen-living room, the designer has equipped a large number of storage spaces. A microwave oven and a pull-out ironing board are hidden in the kitchen island. Cabinet furniture with drawers and a mezzanine shelf in the TV area is made to order. 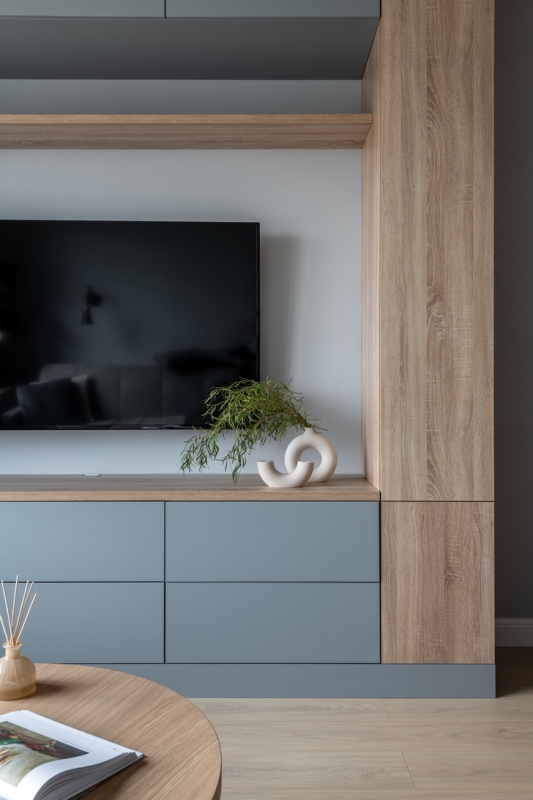 The owners got big, beautiful black windows from the developer. “When the windows look good, they can fit into any interior,” says Anna. Therefore, they did not hide them behind curtains and tulle, but, on the contrary, they left them open, hanging light Roman curtains and building a composition of a wide window sill and shelves around the window opening. 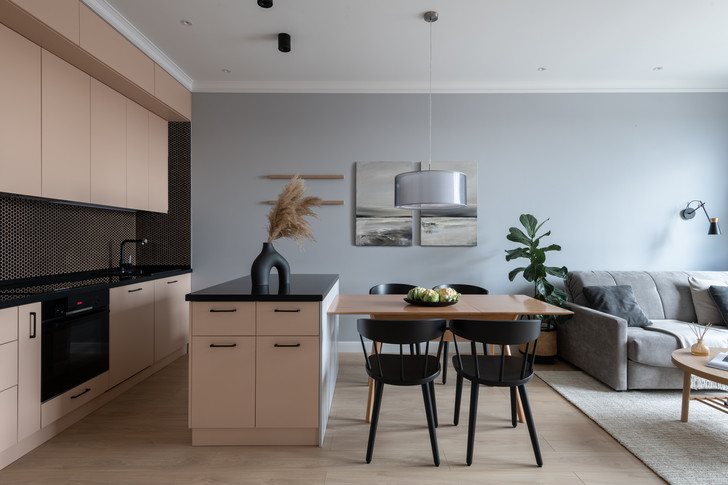 The author of the project considers the composition of an island and a dining table to be the most successful solution in this interior. “I am pleased that such a multifunctional symbiosis was able to be placed on a small area,” she says. 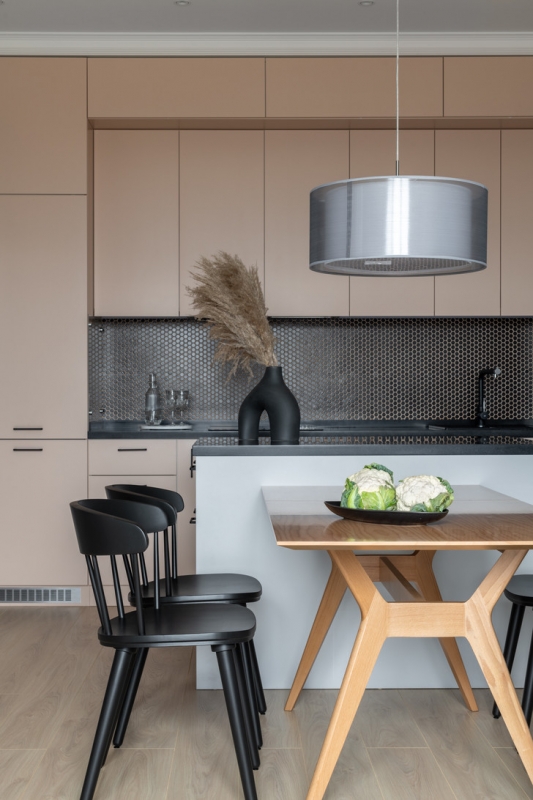 The kitchen is made to order according to individual sketches of the author of the project at a private carpentry production.

The bedroom is also decorated in a modern style, but there is a small homage to the classics in the form of decorative moldings on the wall. They help to give the room rhythm and dynamics: the wall no longer looks “naked”, it has a texture and a “highlight”. There is nothing around the bed, so the owners will be able to “settle in” and furnish the room to their taste. For example, to put a chest of drawers, a floor mirror or live plants to the left of the bed, and in the future, perhaps, a baby cot. 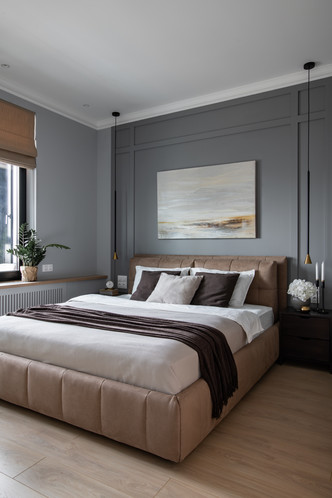 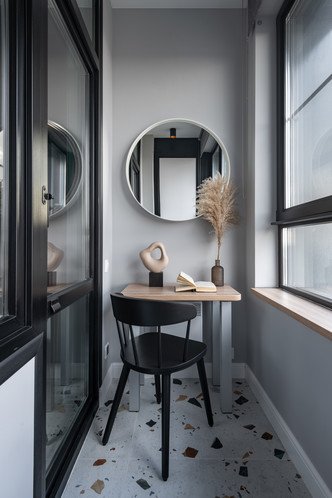 In the bathroom, in accordance with the wishes of customers, two sinks were installed. In the morning, the couple is going to work at the same time, so it was so important to make this area functional, ergonomic and comfortable for everyone. 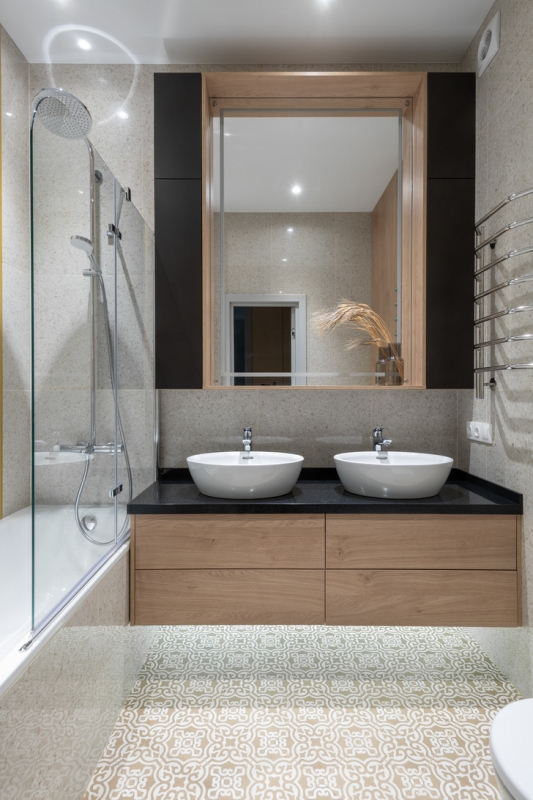 The dressing room was placed near the hallway, and not in the bedroom area, as the customers wanted. Inside there was a place for washing and drying machines, household supplies and shelves for storing everyday things. But for outerwear, a separate closet was put in the hallway. 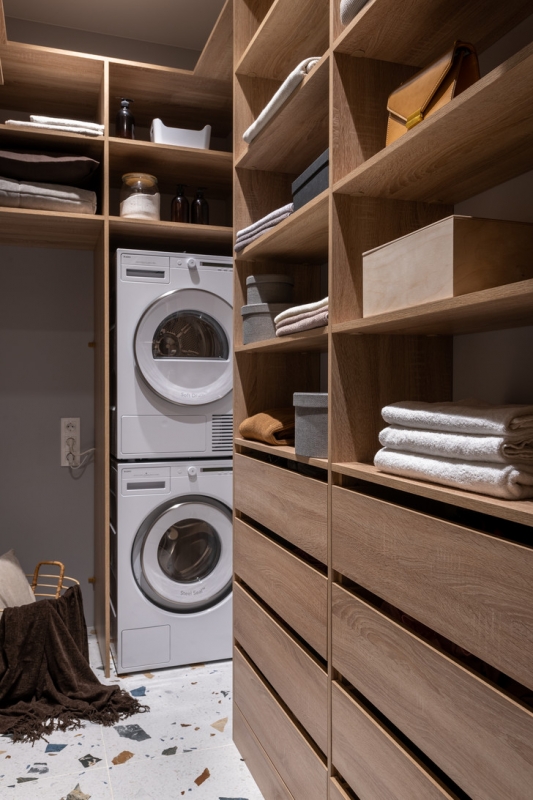 “I am proud of how accurately the project reflects the character of the customers,” says the designer. — They are calm, reasonable, they may seem soft and compliant, but in fact they have a firm character. This is emphasized by the black accents in the interior.” 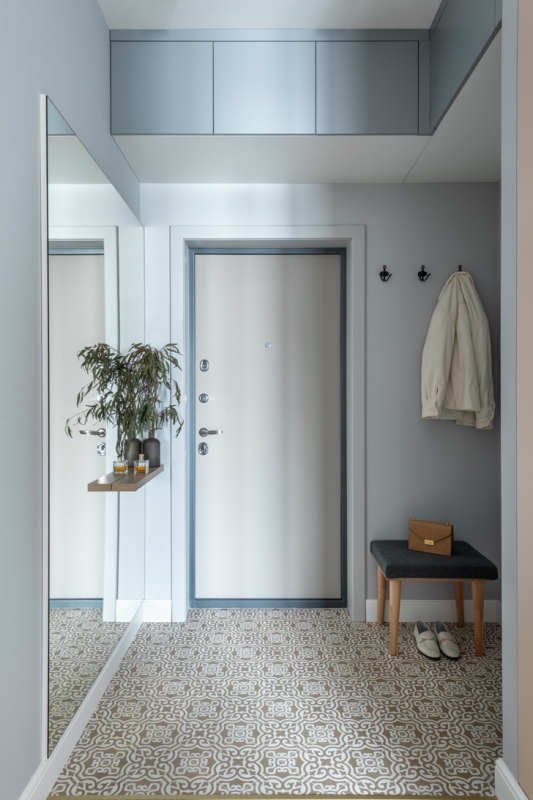 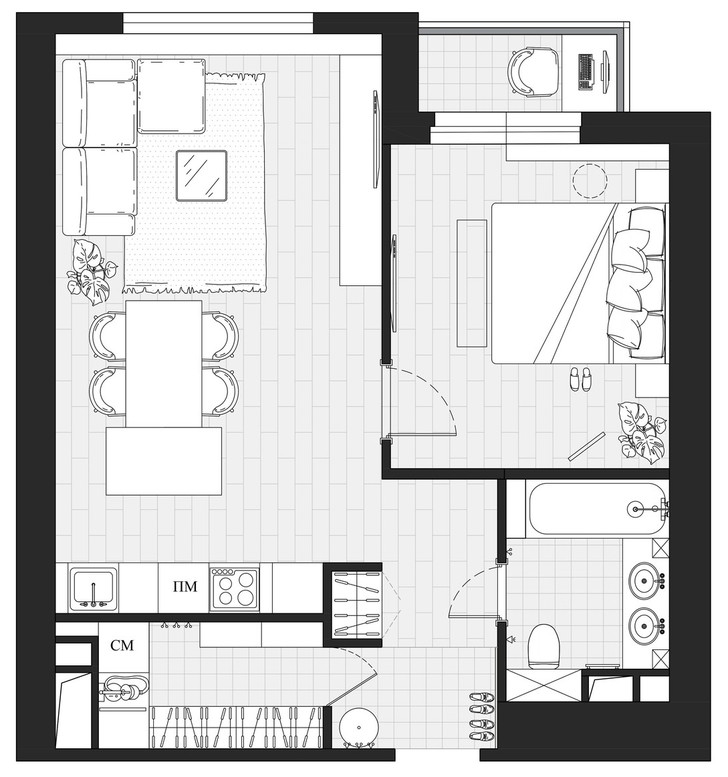