A country house on the Volga, built by the architectural bureau of Olga Zubova— is like a winter fairy tale coming to life right before our eyes. This project was first printed in ELLE DECORATION in December 2018 and is included in our “Golden Collection” 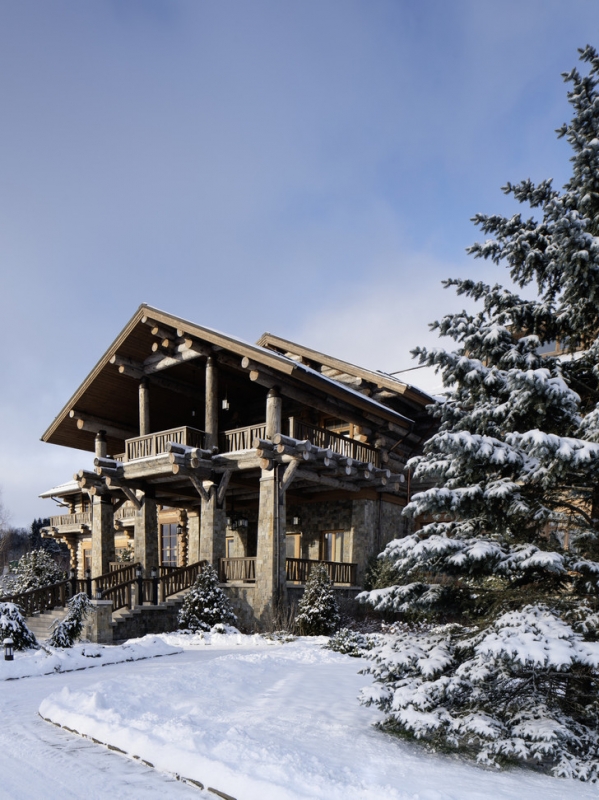 The snow-covered facade of a wooden house looks really fabulous.

A tall wooden house, dusted with snow, built in a picturesque place right on the bank of the Volga, is guarded by slender and tall fir trees. Through their fluffy paws, illuminated by the sun, gray pine logs, large windows, a wide porch are visible – looking at this, all Russian fairy tales taken together involuntarily come to mind. “The house was conceived as a real family estate away from the hustle and bustle of the city,” says the author of the project, architect and designer Olga Zubova. 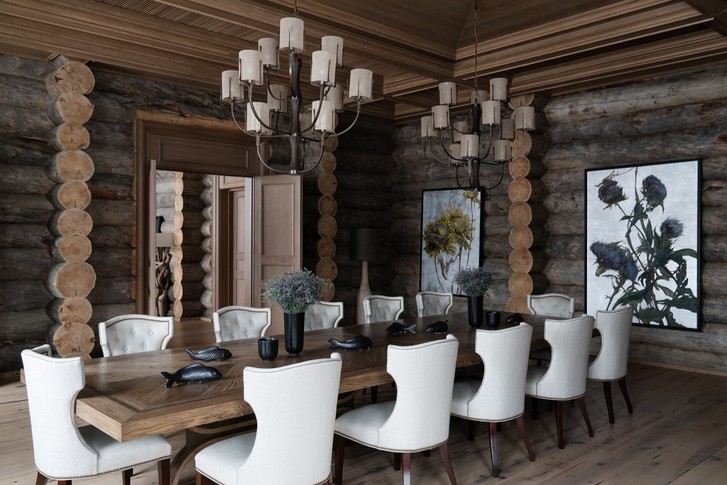 Canteen. The table is made to order according to the designer’s sketches. Chairs, Lilian August. Chandeliers, Officina Luce.

The estate occupies a large territory, where a guest house, a sauna, farms and a stable are also located, apple and cherry orchards are planted. “We were inspired by a unique building material – dry pine. And, of course, the nature that surrounds this house,” Olga continues. – All windows offer stunning views of the bend of the river. In winter, you watch the icebreaker go, in summer – how the fields bloom and the grasses are mowing in the meadow. The color scheme was born out of the landscape.”

The peculiarity of this pine is that mature trees up to five hundred years old slowly dry up in wetlands on the border of Karelia and Finland. Under the influence of rain, sun and frost, the material acquires the hardness of stone. The architects used logs of non-standard diameter – 42 cm. The most common diameter is two times smaller, so it took considerable effort to find the necessary amount of wood. 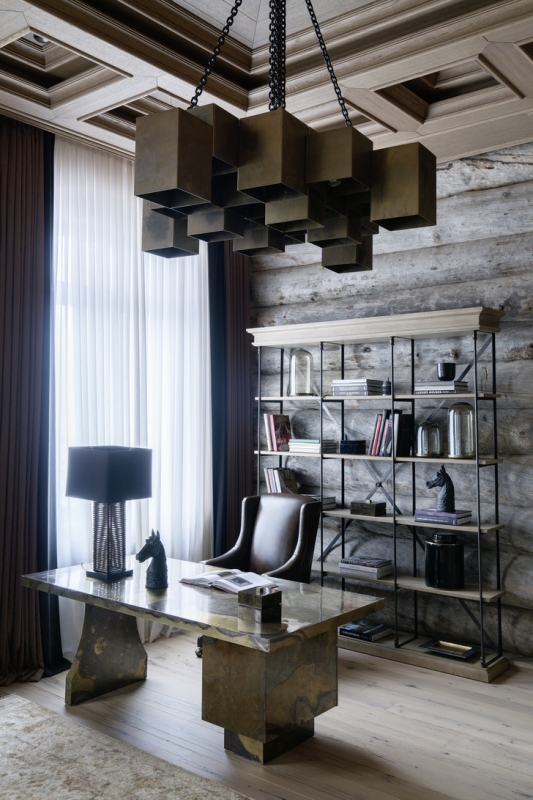 Office. Vintage table, Italy. Shelving, Restoration Hardware. The chandelier is made to order according to the designer’s sketches.

“A wooden house breathes and lives together with its owners” 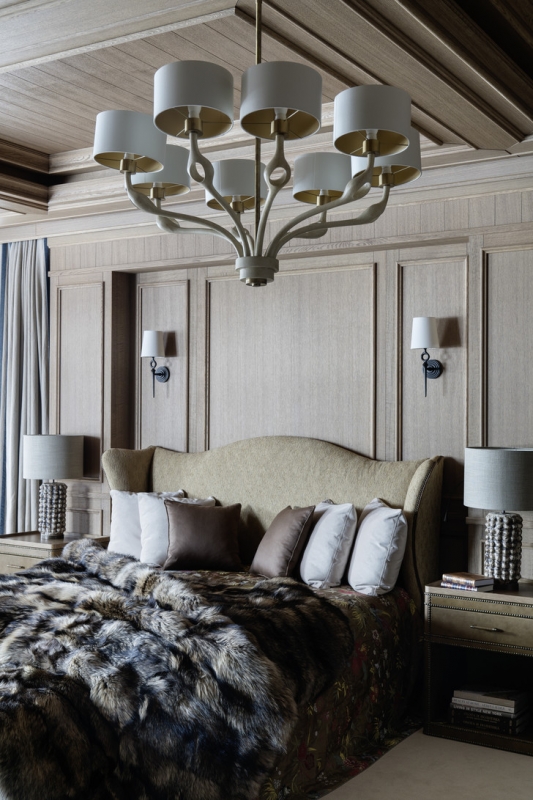 The scale of the building largely determined its interior and furnishings. “The area is 2860 sq. m, the ceilings are more than 4 m high. In order to keep the proportions, it was decided to use mainly oversized American furniture, – says Olga. — In addition, many things were created to order in carpentry workshops according to our drawings.”

An interesting story is connected with the staircase – the central artery of the house. Initially, the engineer designed a single-step staircase with a width of 5 meters. “When we, following the project, mounted the frame, the customer was shocked, because the massive structure occupied the entire hallway and looked intimidating,” says Olga. — As a result, we drowned the old ladder in the pond, now it is used to go into the water on it. And a new one was designed for the house — a light, two-step one, which became the decoration of the front hall.”

Hall. The staircase is made of white American oak, the wood was dismantled and brought from old American farms. Sofa, Andrew Martin. Chandelier, Edition Limitée.

The living room could not do without a fireplace — what a winter fairy tale without a living fire! Black buchardized granite was used for facing the portal. To make the surface rough, numerous chips were made on it. “I found a similar stone in the fireplace decoration in the interior of the Seychelles and caught fire with the idea to implement it in my own project on occasion,” Olga says.

The oak logs from which the stairs and floors are made are also uneven, dismantled from old American barns. “In the interior, we wanted to combine the natural wildness and beauty of materials with the comfort of a city apartment, which customers are used to,” says Olga. – For example, our bathrooms are decorated with marble, which is quite difficult technically in a wooden house because of the living structure.” The kitchen is equipped with professional equipment — the hostess cooks a lot and with pleasure, in addition, the family often invites chefs home. 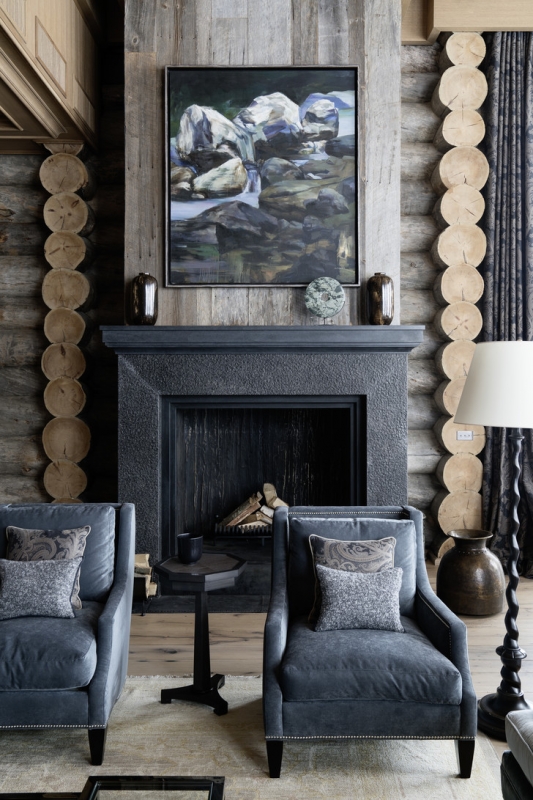 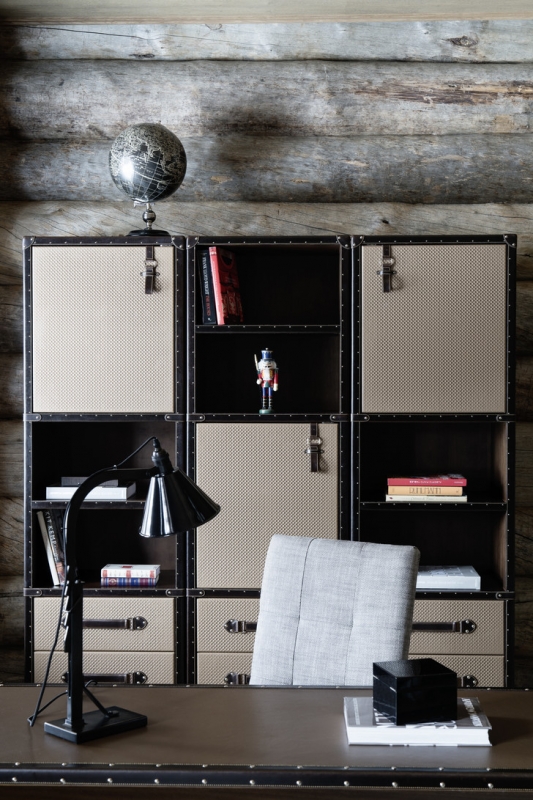 Perhaps the main difficulties for architects arose at the stage of interaction with builders. “It is always difficult to implement a lot of engineering ideas, including with the use of foreign technologies, with Russian builders,” Olga says. — We ourselves have learned a lot in the process. The wooden house has a number of nuances. He lives with his owners, breathes and changes before his eyes depending on the season and humidity. We were curious to study how it works and how it functions. An incredibly valuable experience.”

This project is also interesting because at the design and construction stage, the designers did not do any 3D visualization. “We worked directly from the sheet and from collages. A rare case! – Olga says. “The house was assembled like a puzzle, in fragments.” 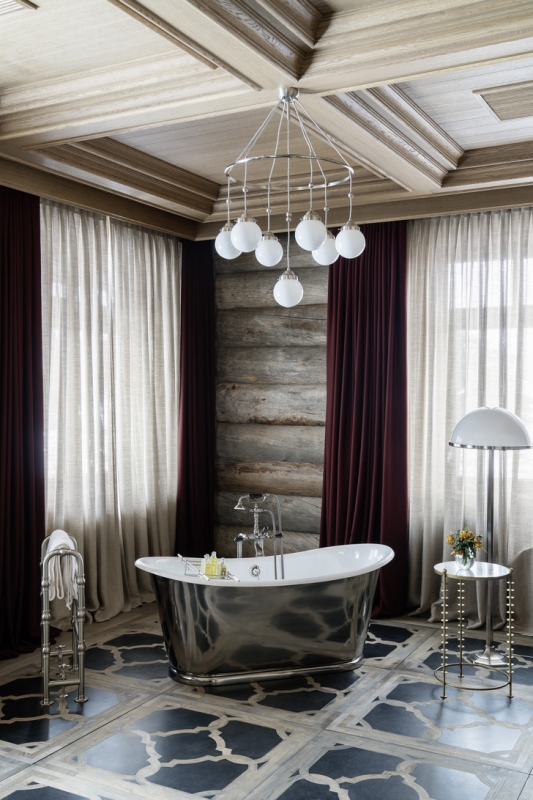 “In the spring you see an ice drift on the river, and in the summer – how the fields bloom and the grasses grow” 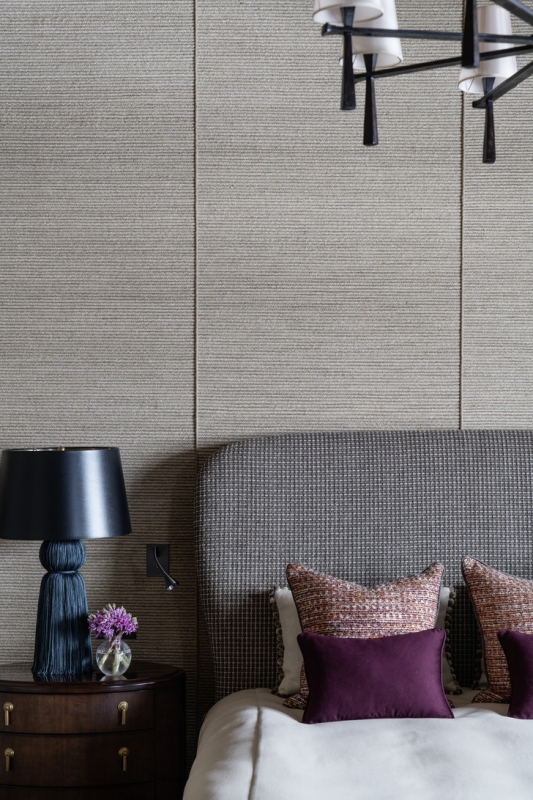 All finishing materials, finishes, furniture, textiles, according to the designer’s plan, had to be natural and eco-friendly to the maximum. Olga used wool, cashmere and linen from fabrics, which are good “friends” with wood. The colors in the interior are mostly muted: shades of plum, bordeaux, deep emerald. “We did not use bright flashy shades intentionally, so as not to destroy the unity of the interior and the surrounding world,” says Olga. – We took the colors in which nature is painted in different seasons. I wanted to create a feeling of complete peace and harmony.” 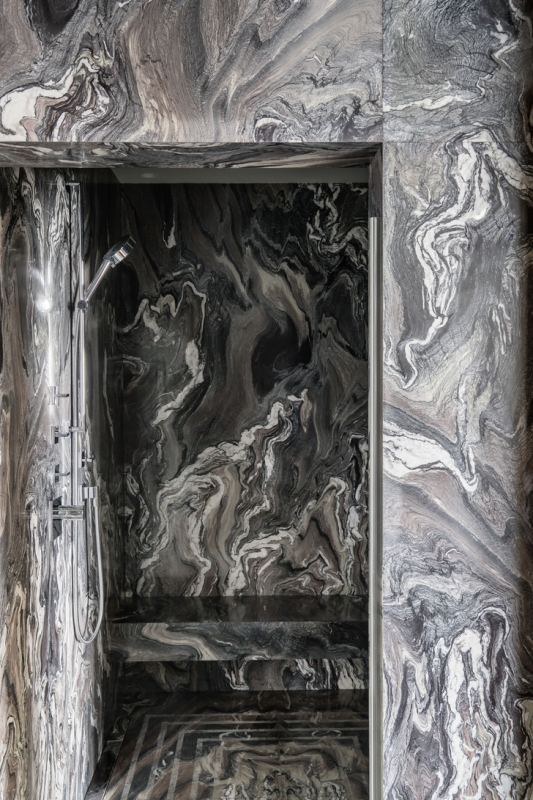 One of the favorite places in the house is a game room with cozy swing chairs and a bay window. Despite the fact that the swing was designed for children, they are a delight for all adults. “Swinging, you watch the water moving in the river, or admire the snow-covered landscape. A meditative feeling! – Olga says. — And what else is needed in the Russian winter.” 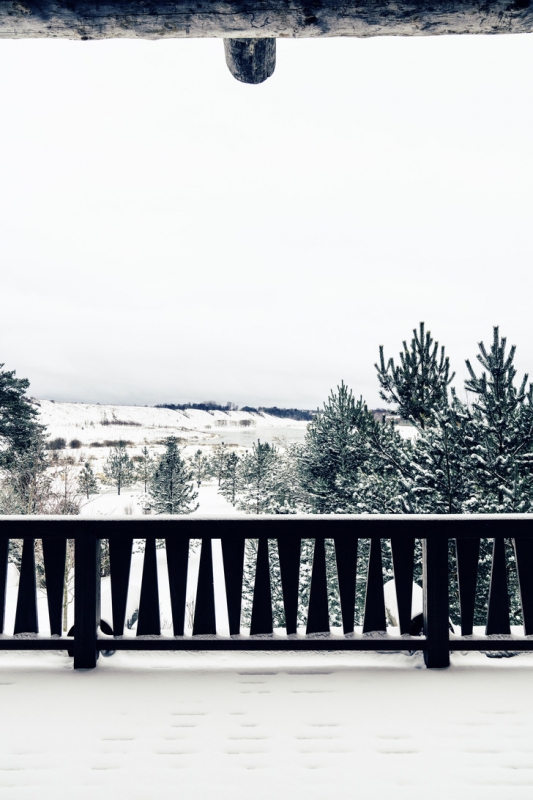 View of the Volga River from the balcony of the house. The fence is brushed heat-treated oak.