In September 2021, the auction house “Litfond” held an auction at which only one lot was put up — the apartment of General Mikhail Malinin in the famous “House with Lions” on the Patriarchs, given to him by Stalin. It was sold for 160 million rubles. Let’s see what she looked like 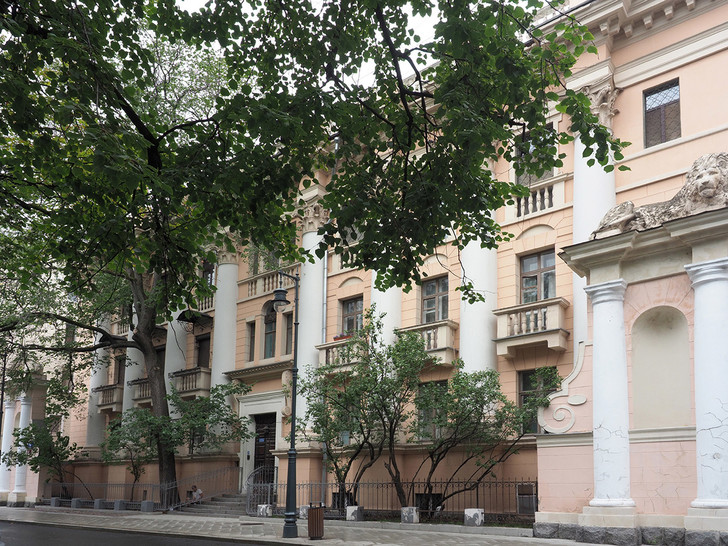 The three-storey house No. 9 in Ermolaevsky Lane was built in 1944-1945 according to the project of the architectural workshop of Ivan Zholtovsky for the military leadership of the USSR. Its ceremonial appearance and architectural decor was intended to emphasize the high status of the residents, the Soviet military elite, and their services to the fatherland. The “General’s house on the Patriarchs”, as Muscovites called it, had another name: “The House with Lions”. The gates on both sides of the building are decorated with majestic lions on high bollards. The painting in the house was made by artists L.A. Bruni, V.A. Favorsky, G.A. Yecheistov and others. 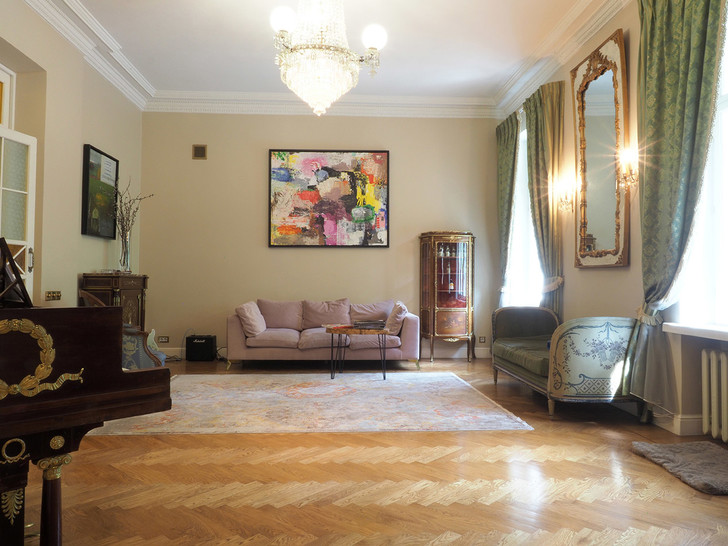 The residents of the legendary house at various times were Marshal of the USSR Ivan Konev, opera star Elena Obraztsova and her husband, conductor of the Bolshoi Theater, Algis Juraitis, and apartment No. 1 was occupied by Colonel-General of the Army Mikhail Malinin, an associate of Marshal Konstantin Rokossovsky. For his success in commanding troops on the fronts of the Great Patriotic War in May 1945, he was awarded the Hero of the Soviet Union star, and this apartment was presented to him personally by Stalin. 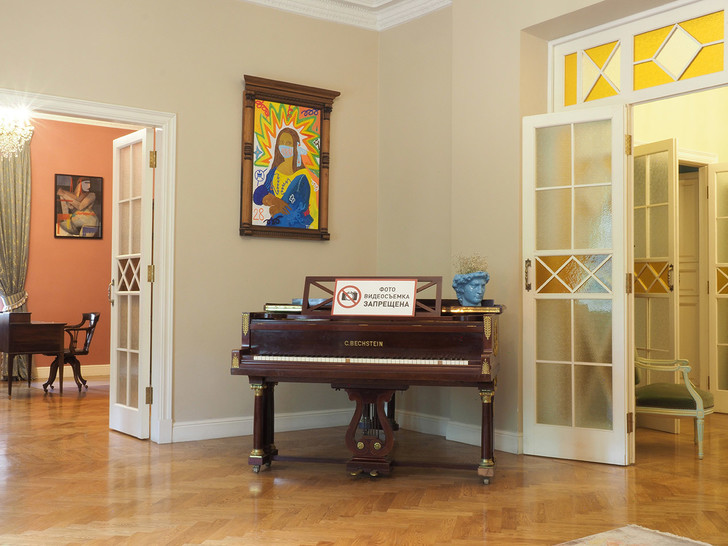 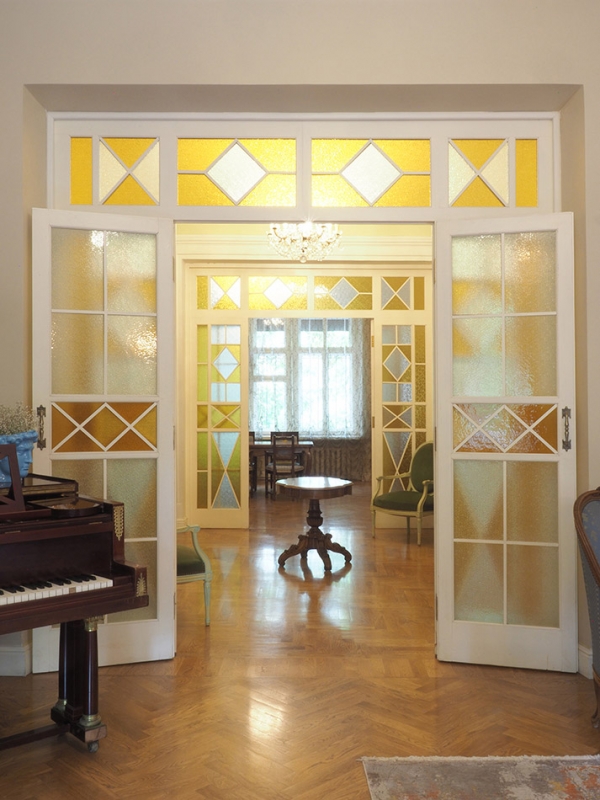 The general lived here with his wife Nadezhda Grekova, who from 1938 to 1947 was the chairman of the Supreme Soviet of the Byelorussian SSR, and later — the first Deputy Minister of the food Industry of the RSFSR. 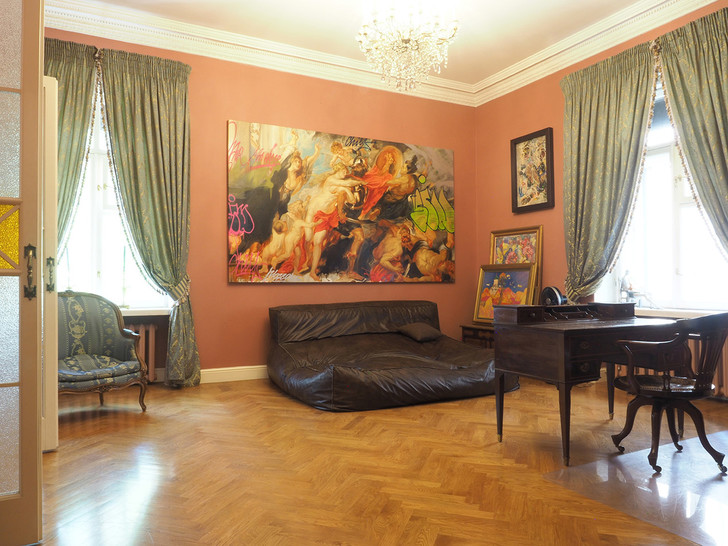 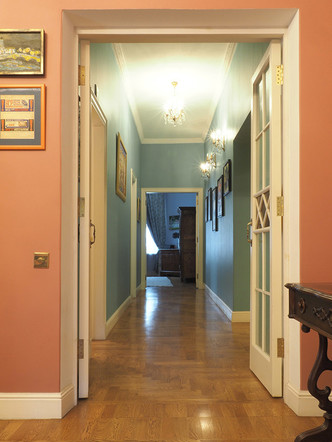 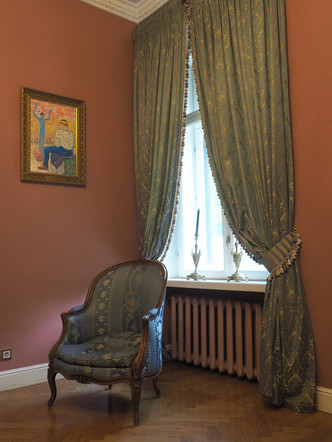 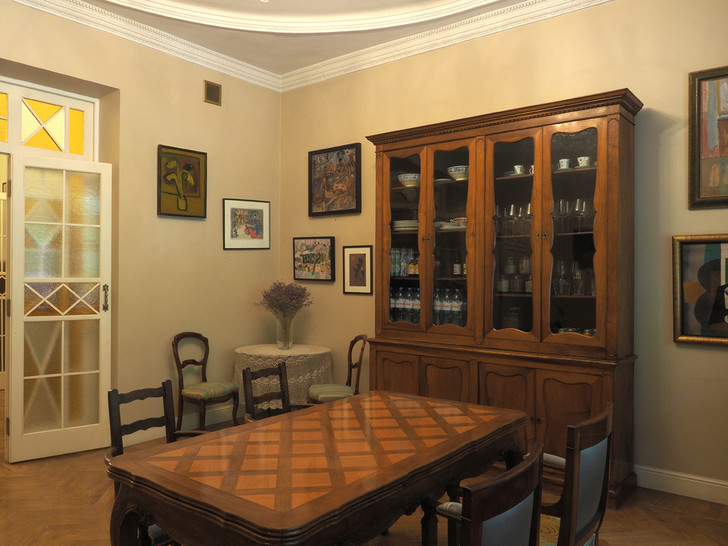 The apartment has five rooms, its total area is 204 square meters. meters. It has two bedrooms (master and guest), a living room, a dining room, an office, two bathrooms, a spacious hall, a closed kitchen and several utility rooms. There is also a back entrance and a former maid’s room. The layout has been preserved enfilade — as it was conceived by Zholtovsky. The windows overlook three sides, and high ceilings of 3.5 meters give the apartment a special grandeur. 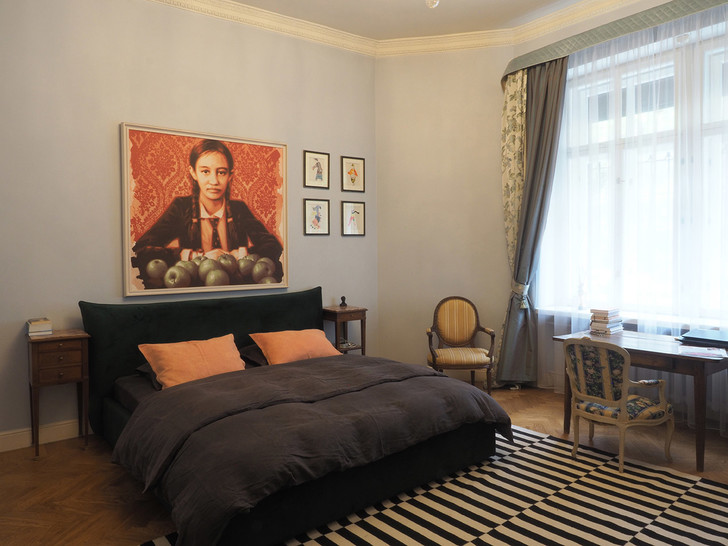 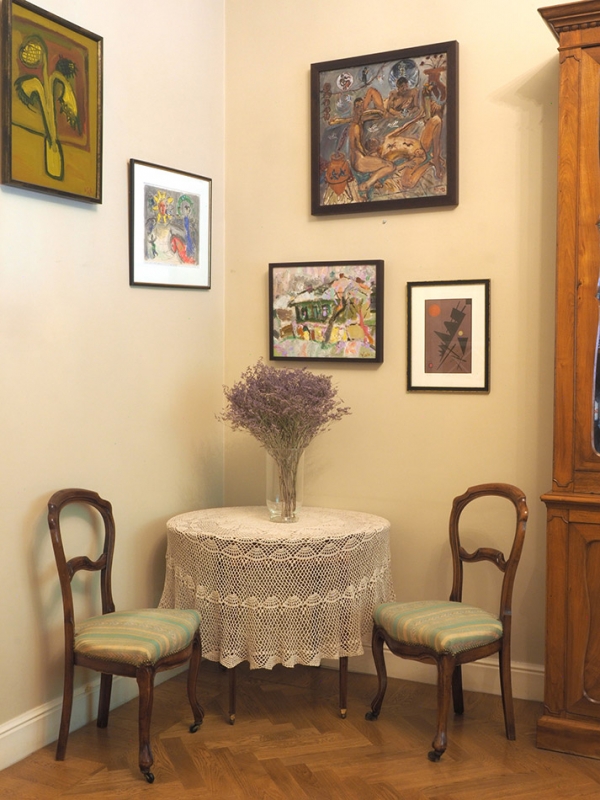 The apartment is furnished with antique furniture and objects of decorative and applied art. For example, the Bechstein factory grand piano decorating the living room was a gift from Crown Prince Wilhelm, the eldest son of Emperor Wilhelm II of Germany, to his wife Cecilia Augusta Maria of Mecklenburg-Schwerin; its authenticity is confirmed by a corresponding certificate from the factory’s archive. 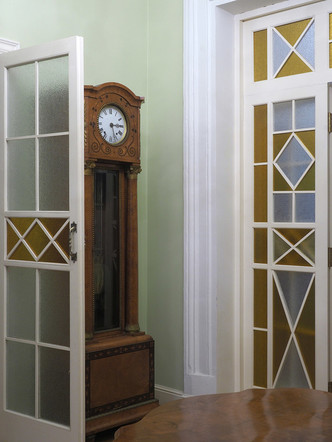 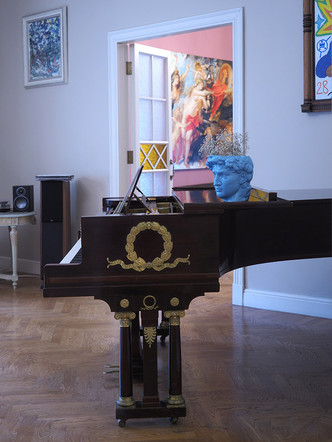 The Litfond auction, at which only one lot was presented — the general’s apartment — was held on September 7, 2021 in an online format. The starting price of the apartment was 100 million rubles, but in the end it was sold for 160 million rubles.