Courteney Cox is just as obsessed with cleaning as her character in the TV series “Friends”. The star who played Monica in the cult TV series has launched her own brand of home cleaning products Homecourt. 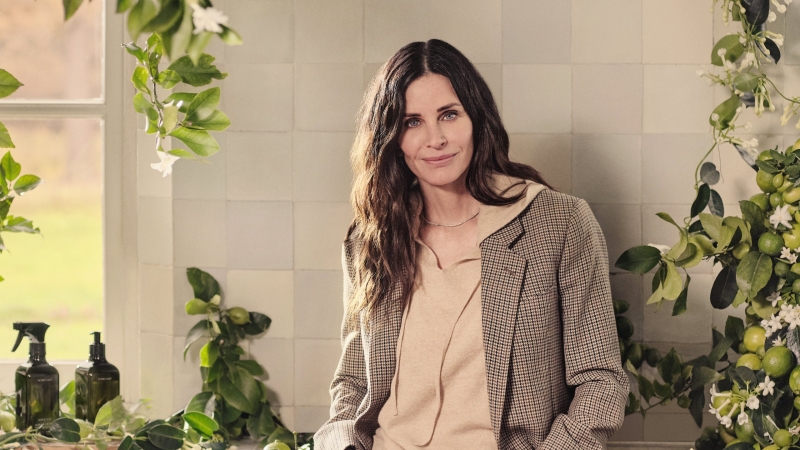 When it comes to skin and hair care, Courteney Cox prefers comprehensive care. It’s the same with the house: after all, our living spaces affect our well-being and general mood, so it makes sense to pay as much attention to them as to the body. “Since we spend so much time at home, we thought it would be great to release a product that has never been before”” the actress admitted to AD.

Homecourt, the first Coke product in the field of home care, rethinks the role of household chemicals in everyday life. Hand soaps, dishware and surface cleaners are created with the same attention to composition as cosmetics lines, and fragrances are more likely to be associated with perfumes or skin creams than with products for “fighting fat and dirt”.

The brand was launched on January 27, and eight hours later all Homecourt products were already sold out; now it is only possible to subscribe to an email notification when the brand appears in stock again. In addition, in February Courteney Cox plans to release a hand lotion, and in March — candles and an aroma diffuser for the premises. The actress is assisted in this case by the Nécessaire brand and the former head of marketing Viktor & Rolf Sarah Janke.

“I love clean lines and can’t stand clutter”” says Cox, referring to both his personal views and the overall concept of Homecourt products. The actress also told AD about what inspired her to create special Homecourt fragrances, about her favorite cleaning rules and whether her heroine of the TV series “Friends” was really created in the image and likeness of her own obsession with cleanliness.

Architectural Digest: How did the idea of creating Homecourt come about?

Courteney Cox: I’m generally obsessed with fragrances and design. It all started with the fact that I just wanted to surround myself with pleasant smells more often, be it body scents or scented candles. But why not breathe in these scents while cleaning? I wanted to combine wonderful scents with cleaning products. So for me it became an organic combination of my passions.

By passion, do you mean cleaning?

I want to clean everywhere. I really come home to my friends and say, “Let’s do this! You don’t need 75 of the same things.” There’s just something that makes me feel easier when the house is not cluttered, and there are only nice things in it. I love order and I love when everything looks extremely clean.

Do you have any unusual cleaning habits or life hacks that you could share? 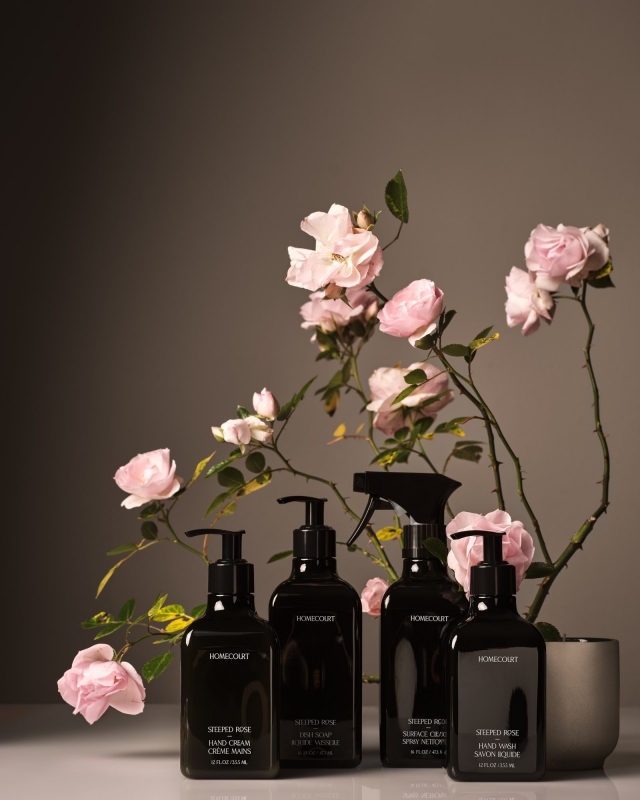 One of my strange habits is that I pour dishwashing detergent into the toilet. But I don’t do it every time! It’s just so nice when you come in and feel that your whole bathroom is fragrant. I really like it, but it’s probably weird.

Speaking of dishwashing detergent: where did you get inspiration to create fragrances in the Homecourt line?

“I don’t walk into a room without someone saying, ‘You smell so good.’ That’s where this fragrance came from.”

The rose fragrance in the hand cream appeared after I dyed my hair: a stylist girl applied a balm to my forehead, to which her husband added some oil for the smell, and I thought: “My God, this is a real rose fragrance!” So we took this oil as a basis and made it more layered. Now the product smells like nothing else has ever smelled before in the rose category: the smell includes not only the flower, but also the stems with leaves. I’m just obsessed with him.

There is another fragrance called CeCe (in dishwashing detergent), this smell is my calling card. I used two oils and a perfume, mixing them together. I think now I’ll have to come up with another combination that I’ll put on my body, otherwise it will smell like I’m cleaning all the time.

By the way, about the constant cleaning: is it true that your inclinations have been specially transferred to the image of the neat Monica?

It’s funny, I was really neat and gambling, the way people see Monica. But I do not know if I inspired her character. I called Lisa Kudrow because she has a very good memory for such things, and asked her: “Where did this obsession with cleanliness come from?” And we don’t remember. It’s really not easy, because so much time has passed and because it’s already an integral part of my heroine. But I need to find out! I will add that it was very pleasant for me to play Monica.

Were the other actors also as neat?

I’ve been at everyone’s house, and obviously more than once. Matt LeBlanc is probably very neat. He has a huge garage, he loves cars, and it seems to me that he has a place for everything. He seems to like order just as much, but I don’t know if there is anyone who is as obsessed with cleanliness as I am.

When you remember “Friends” and that time, is there any particular room or corner that you miss the most?

I miss all the scenery, whether it’s Joey and Chandler’s apartment or Monica and Rachel’s apartment. And of course, the coffee shop. And a place behind a coffee shop: there was an alley with a wall where we all signed. Even in our dressing rooms. We changed them every year because there were bigger rooms, and we wanted to be honest about everything. But I decorated mine insanely: I painted the walls in a deep burgundy color and brought a sofa. I haven’t moved from there for the last two or three years because I really liked what happened, even though the dressing room was small. So yes, there are a lot of memories associated with that time. When I went to the Stage 24 pavilion again, it caused so many emotions that I immediately burst into tears. And then Matt LeBlanc hugged me and said, “Oh, you smell so good!” And Jennifer added“ “Yes, very much!”