The first apartment is always an experiment, in this case a successful one. After the shooting, the customer confessed to designer Olga Koposova: “this is exactly what I originally wanted, but did not immediately understand!” 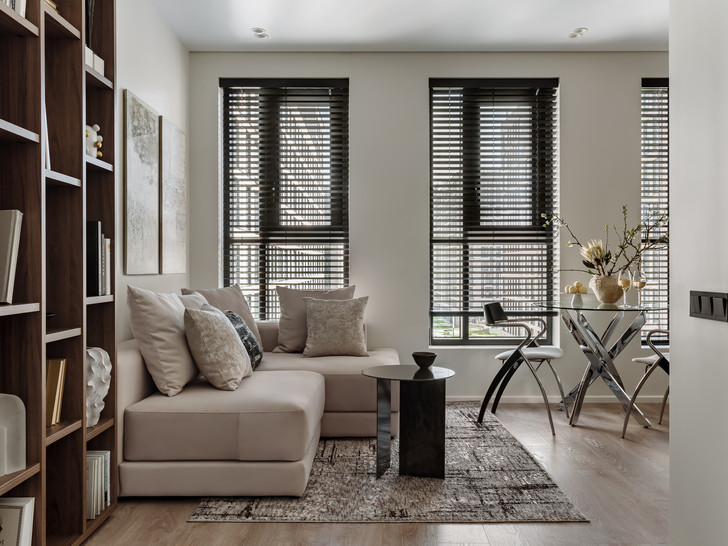 Kitchen-living room. Cabinet furniture and sofa are made according to the designer’s sketches. Coffee table, ominimalism. Chairs, vintage.

GENERAL PARAMETERSProperty type: apartment in a new house in 2021 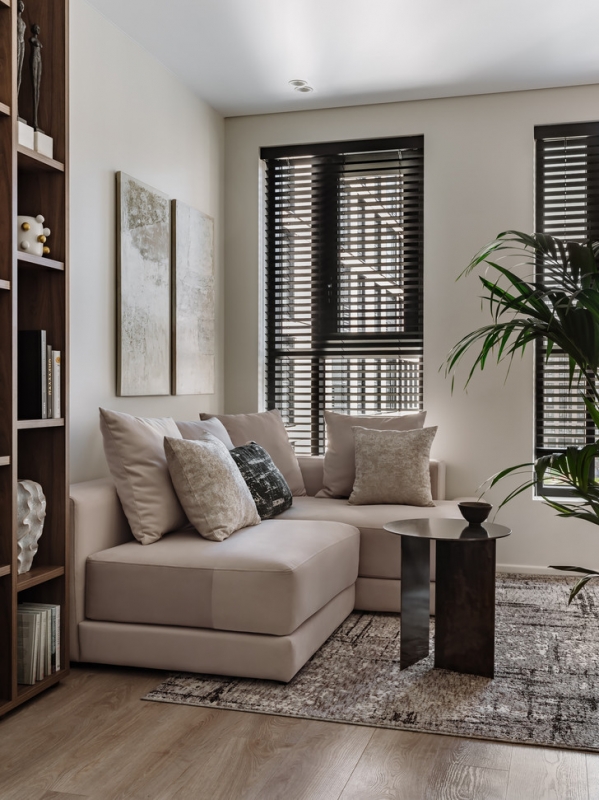 The apartment is small, but with a very good layout, not quite typical for a studio: there are three windows in the living room. Designer Olga Kolosova suggested not to cover them with curtains, but, on the contrary, to emphasize. The windows face south-east, so before lunch the sun, passing through the blinds, casts beautiful shadows on the walls and furniture. 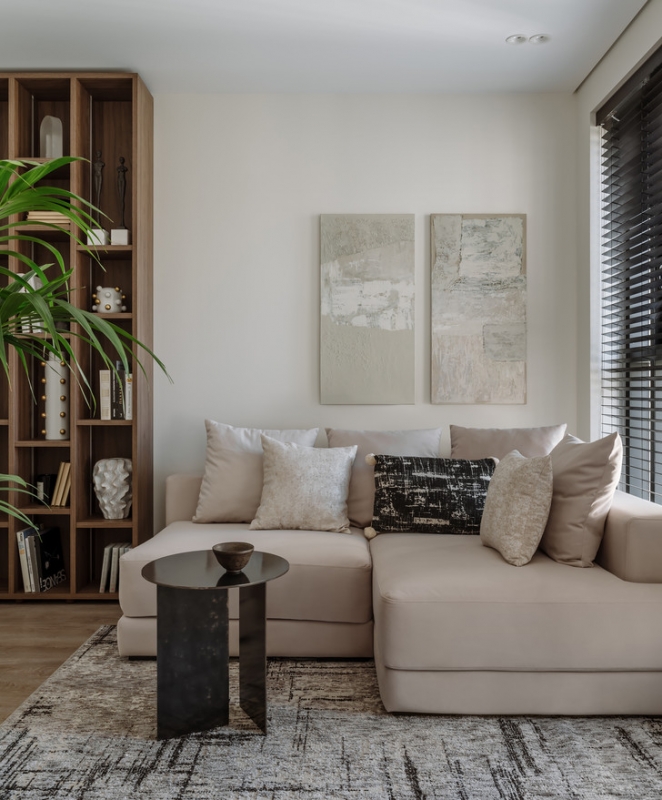 Kitchen-living room, fragment. Cabinet furniture and sofa are made according to the designer’s sketches. Above the sofa is a diptych by Olga Pavlova. Coffee table, ominimalism. Decor, blange_decor.

The developer rented an apartment with a free layout, there were no walls inside the apartment, only the designation of wet zones. This made it possible to easily put the walls according to the wishes of the customer: they built a dressing room, although not large, left a large space for the kitchen-living room. 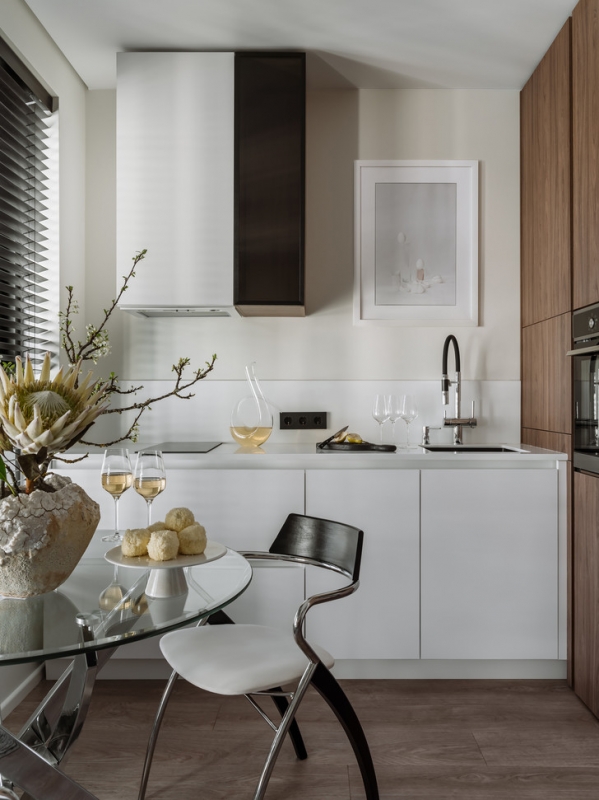 The kitchen is made to order. Chairs, vintage. Maria Shilnikova’s ceramics are on the table.

All three windows face the sunny side, before lunch the sun leaves beautiful shadows passing through the blinds 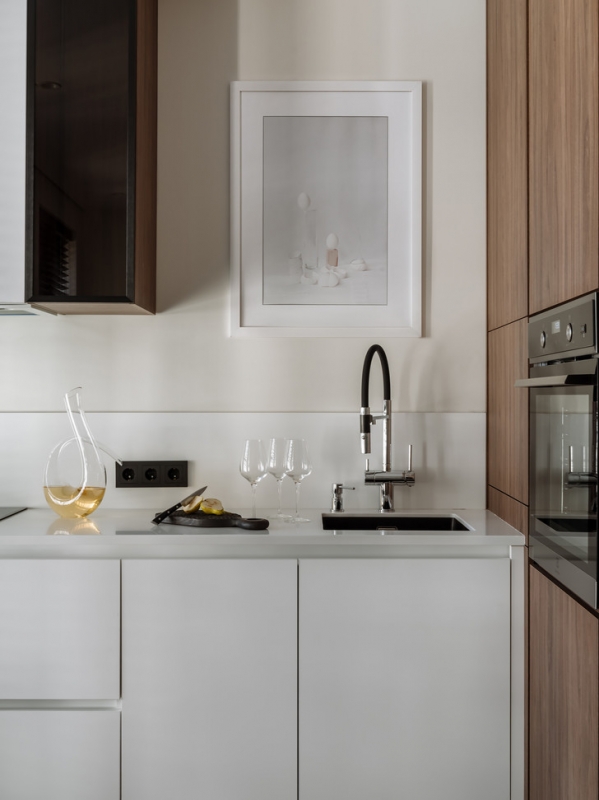 Kitchen, fragment. Above the mixer is a photo work by Alexander Kurlygin. 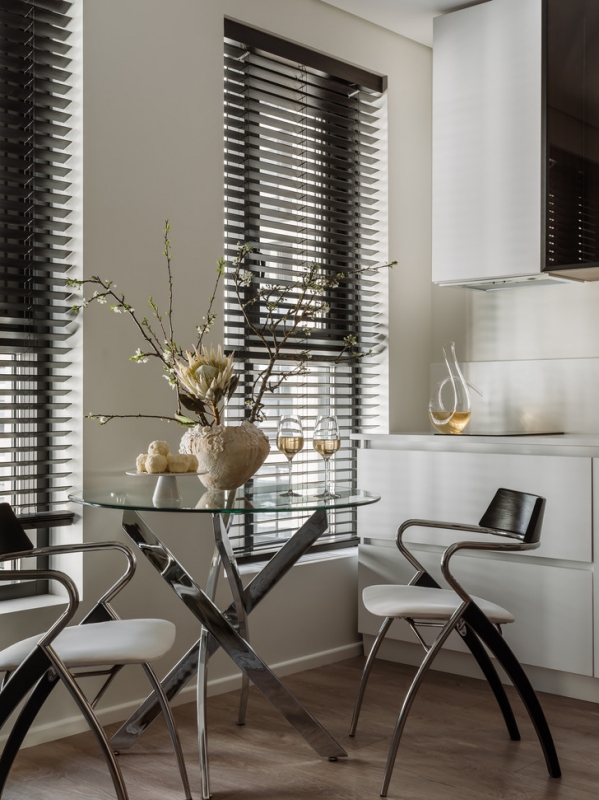 Kitchen-living room, fragment. The floor in the entire apartment was made a single coating, including in the kitchen. This technique does not visually divide the space into parts. Instead of an expensive hidden skirting board, they made an ordinary low one from a duropolymer and painted it in the color of the walls.

The owner of the apartment is young, this is her first apartment and the first large-scale renovation. As usually happens in such cases, it was difficult for her to decide immediately what exactly she wanted to see in the apartment. “We were thrown from side to side from bright cherry chairs and a black kitchen to white walls and pastel-colored furniture,” the designer recalls. “But the more we talked, the clearer the customer’s vision and her wishes became to me.” 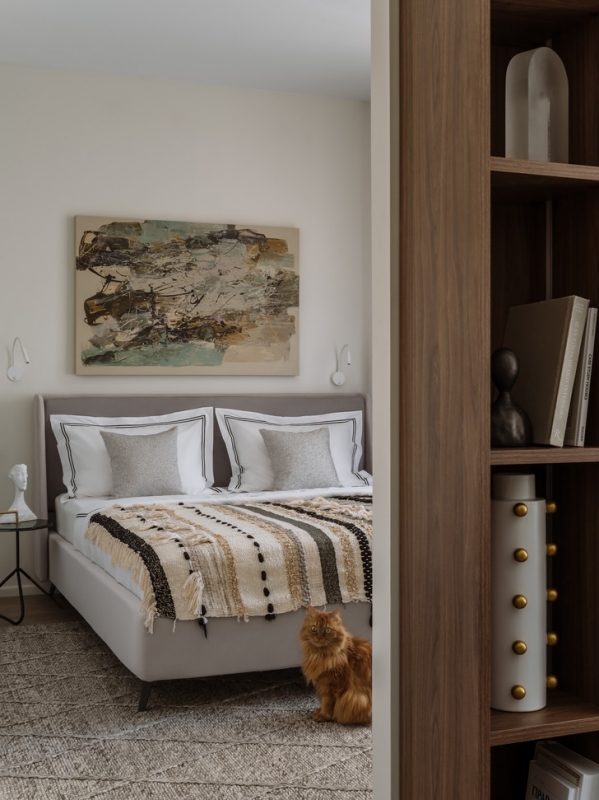 Bedroom. The bed is made to order according to the designer’s sketches. Bedside table, Kare Design. Bra, Mantra. On the wall is the work of Inga Pavlova. Bed linen, H&M Home. Plaid, Artefacto. Carpet, Arte de vivre. The pillows were sewn in the Workshop of Angelika Dolgacheva.

As a result, the concept and color scheme were chosen, reflecting the owner of the apartment in the best possible way. After the interior shoot, she admitted: “this is exactly what I originally wanted, but I didn’t immediately understand!” 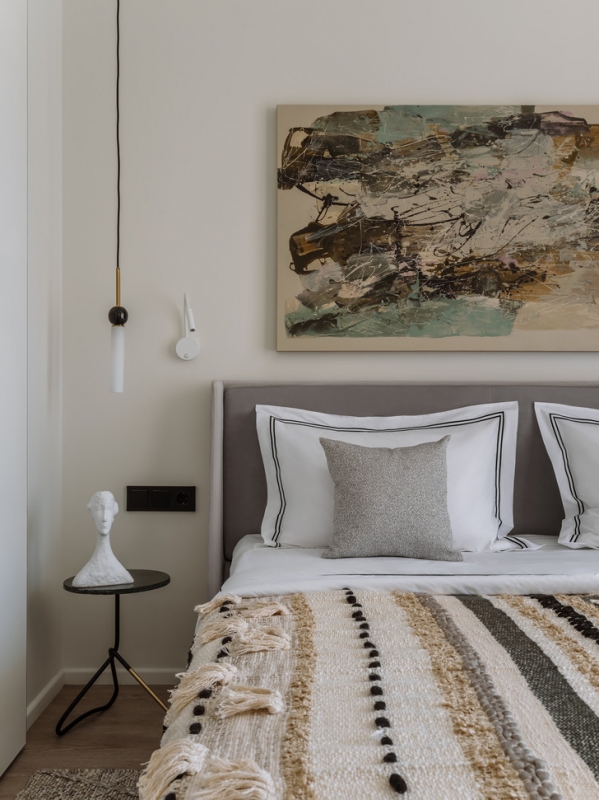 The interior turned out much better than it was according to the project, because the owner of the apartment was directly involved in its creation, the designer believes. While the apartment was being renovated, she was choosing decor for open shelves, getting acquainted with the works of St. Petersburg artists, as she wanted to make the main accents of the interior works of art. And St. Petersburg itself has made its contribution to the interior. The house is located in the city center, there are many architectural masterpieces nearby — such a neighborhood disposes to creativity. 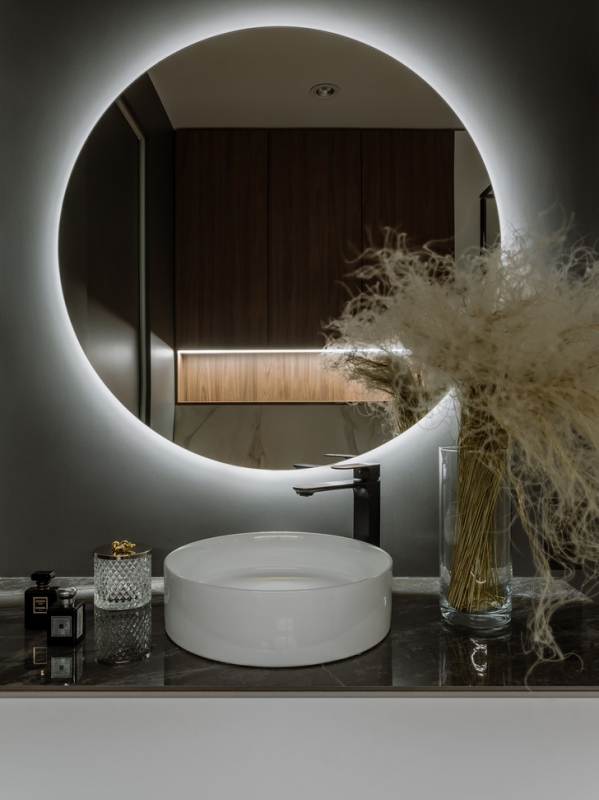 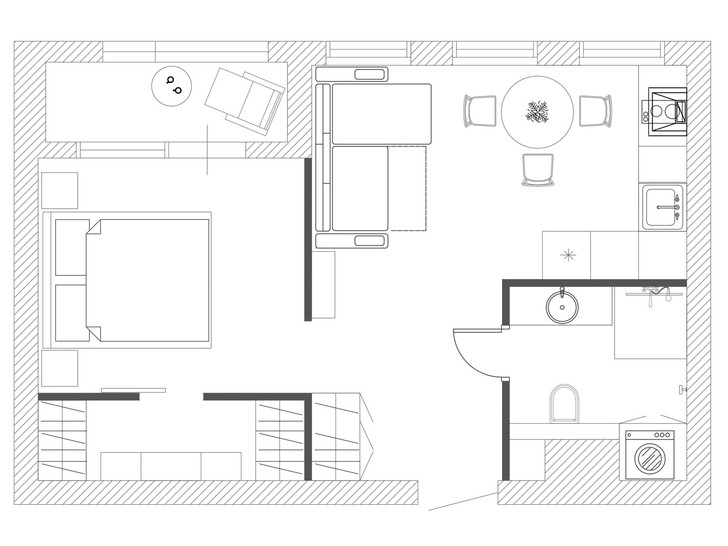