Architect Gae Aulenti bought this bright studio in Milan in 1973. Here she lived and worked until her death in 2012 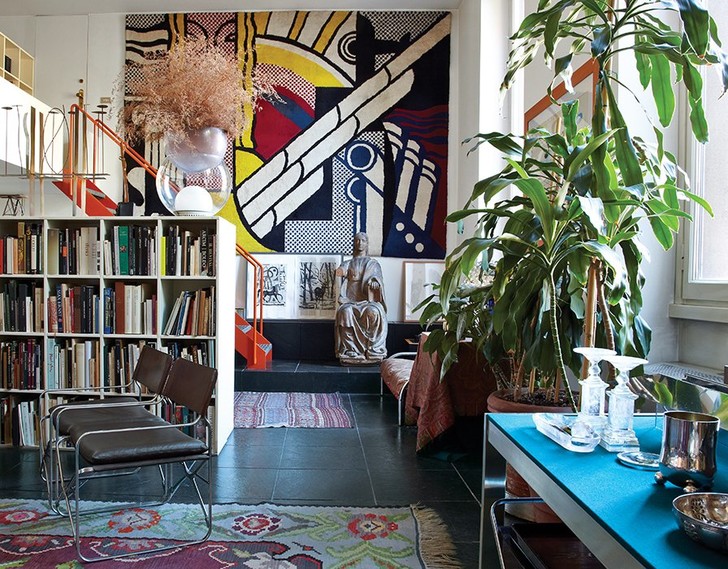 On the wall in the living room is a carpet with a Roy Lichtenstein pattern, limited edition. Folding chairs April, designed by Gae Aulenti, Zanotta, 1964.

A small apartment in the Brera district of Milan, Gae Aulenti (1927 — 2012) acquired in 1973 — together with a workshop located there, on the top floor of a house on San Marco Square. Having made a redevelopment, the designer connected both rooms through the upper floor. Thus, she got a comfortable studio apartment in which she lived and worked from 1974 until her death in 2012. 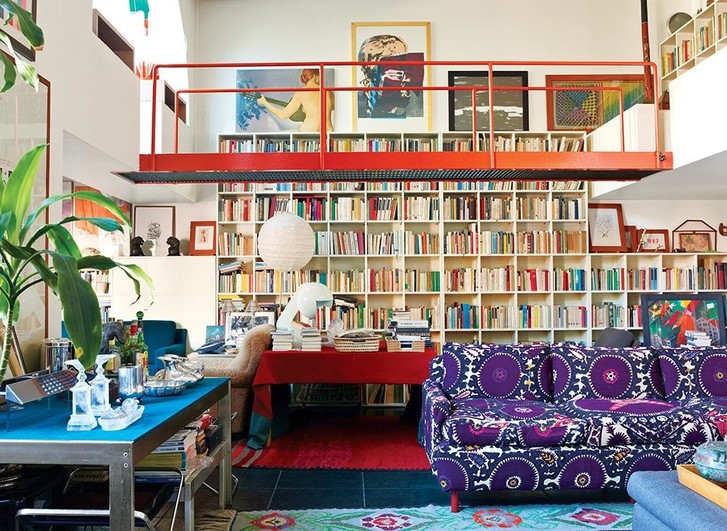 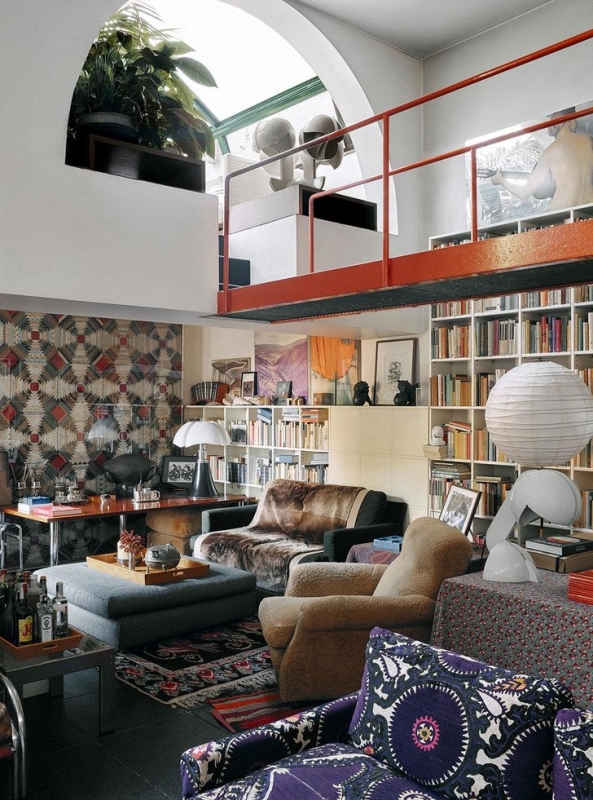 Today the apartment belongs to the heirs who left everything as it was during the architect’s lifetime. Her archives, lamps and furniture, most of which were designed by Gae Aulenti herself for various Italian brands, decorative items brought from numerous trips around the world, an extensive library and art collection are stored here. In the spring of 2012, shortly before the designer’s death, photographer Leslie Williamson visited her, who captured the interiors of the legendary studio apartment for her book Modern Originals. 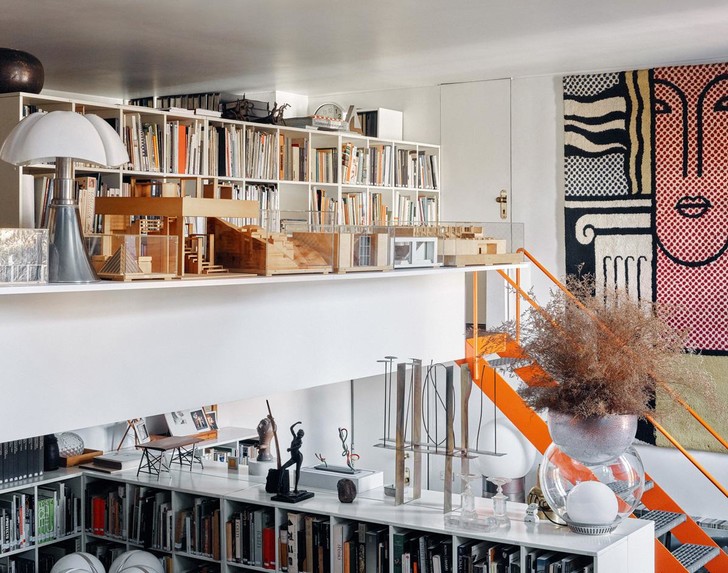 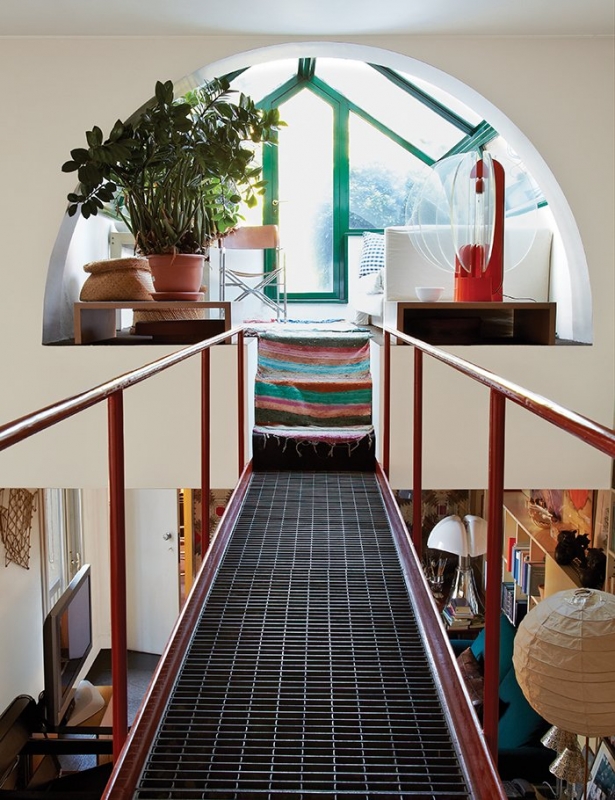 One of the original architectural solutions invented by Gae Aulenti: a passage above the living room that leads to a glazed veranda, which is illuminated in the evenings by a King Sun lamp designed by Aulenti in 1967 for Kartell. From the veranda there is an exit to the roof with a small garden, which overlooks Piazza San Marco. 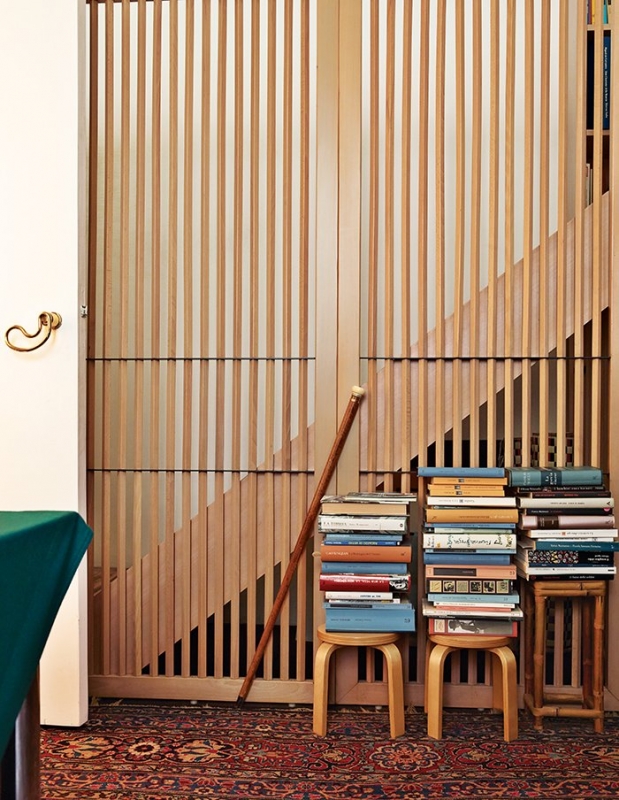 Books from the extensive library of Gae Aulenti in the bedroom on stools designed by Alvar Aalto, Artek. Otto A door handle, designed by Gae Aulenti, Fusital, 1978. 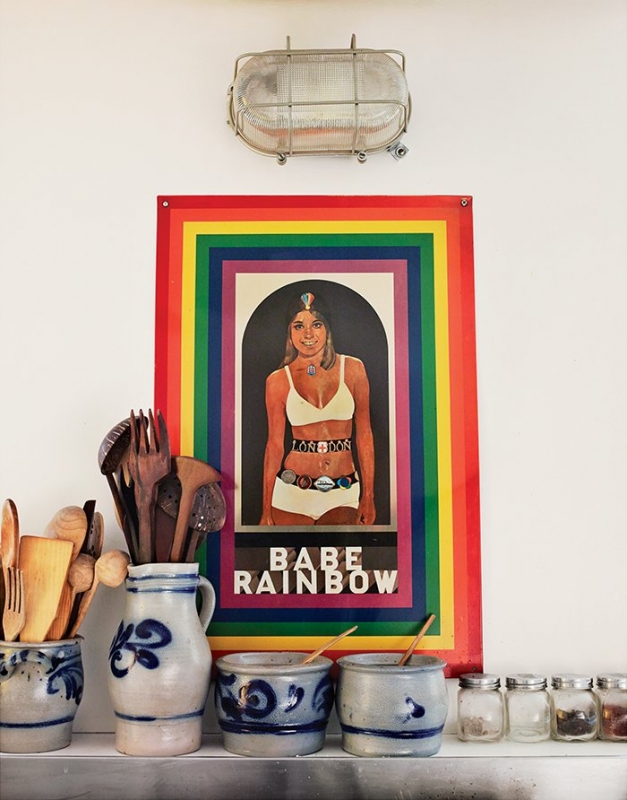 A small kitchen. Above the stove there are shelves with ceramics, jars with spices and the work of the British artist Peter Blake. 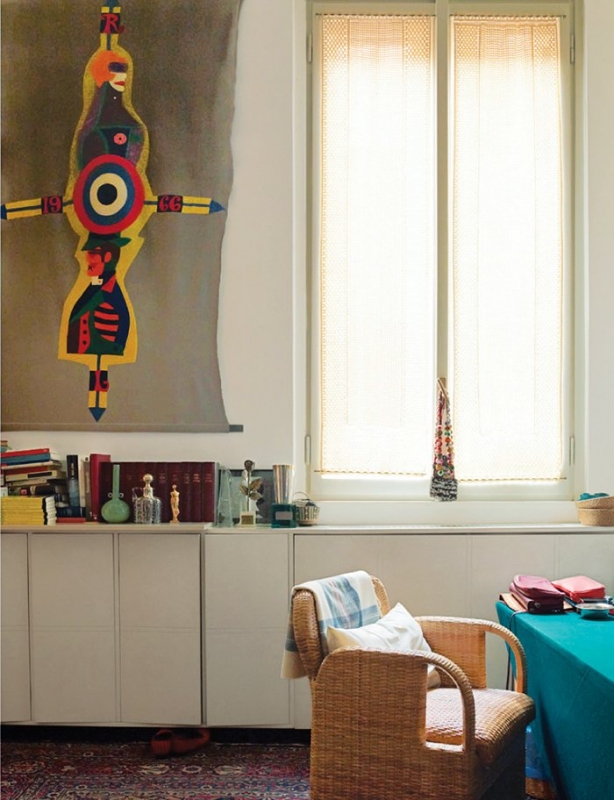 Bedroom. The wicker chair is one of those designed by Gae Aulenti for the Musée d’Orsay in Paris in the mid-1980s.