Designer Ekaterina Subbotina created this interior with cute retro accents literally by hand: almost all the items went through the process of transformation in her hands 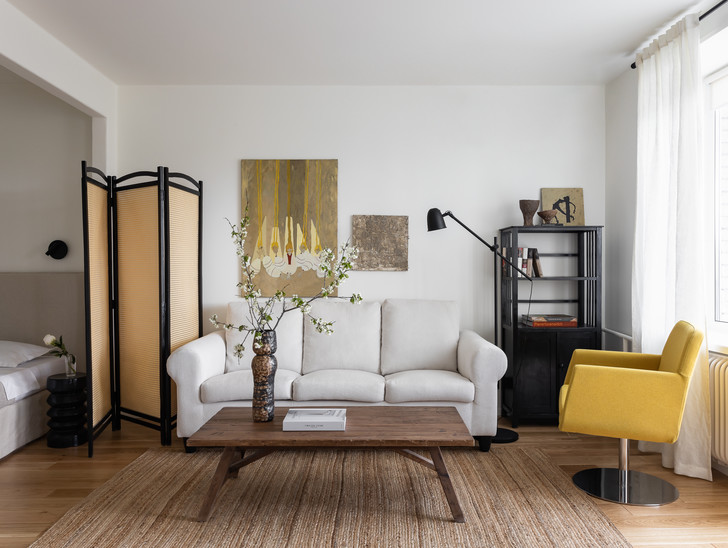 Where is located: Moscow, Filevsky Park

The main idea of the project is to turn an old, typical apartment into a cozy studio with a hint of retro.

Color scheme: light, almost white color in the decoration and built-in furniture, black and natural wood, yellow as an accent.

The customer bought this apartment for rent, but decided to arrange it in a non-standard way 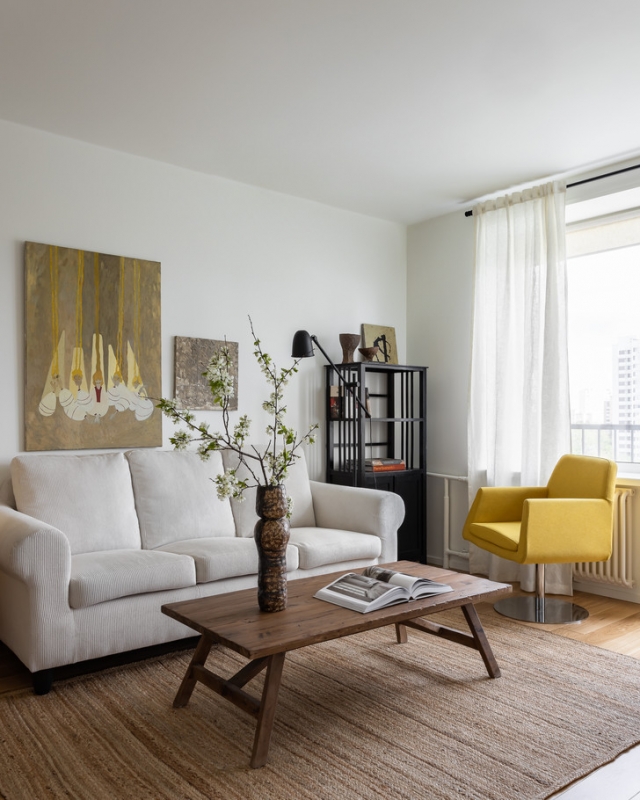 “The customer announced his plan from the very beginning,” says Ekaterina Subbotina, the author of the project, “he bought this apartment as an investment for renting, but he wanted to see not just repairs typical for such apartments, but a cozy, soulfully made interior, while the budget was limited.” 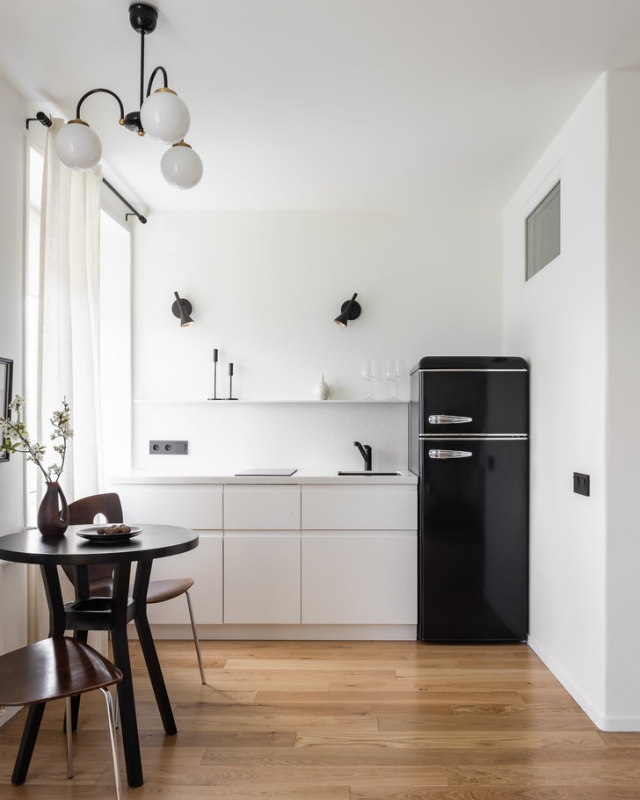 The kitchen is made to order in a carpentry workshop. Refrigerator, Snaige.

“Odnushka” in a brick house built in 1964 had no load-bearing walls, so Ekaterina managed to successfully zone a small space: allocate a sleeping place in an alcove, where a full double bed is located, organize a living room area with a comfortable sofa and armchair and a compact, but with everything you need kitchen. 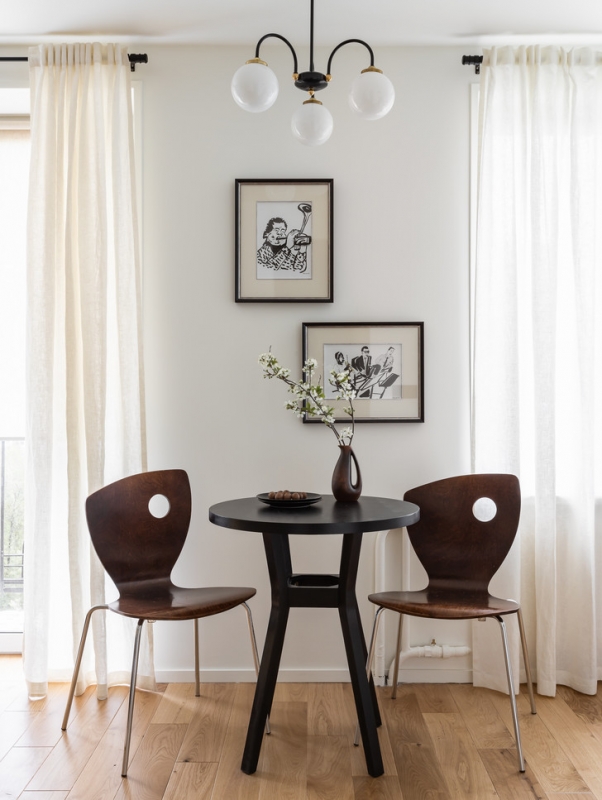 Chairs, table, chandelier vintage. On the wall is a graphic by artist Natalia Osminko.

The interior was assembled from things that the customer had in another apartment and gained a second life after restoration, repainting and tightening. The most important item in this company, of course, is the screen that separates the sleeping area. She has several functions here at once: she not only replaces the partition or curtains, which the designer decided to abandon in order to preserve the feeling of air, but is also an art object in itself — Ekaterina made it herself. 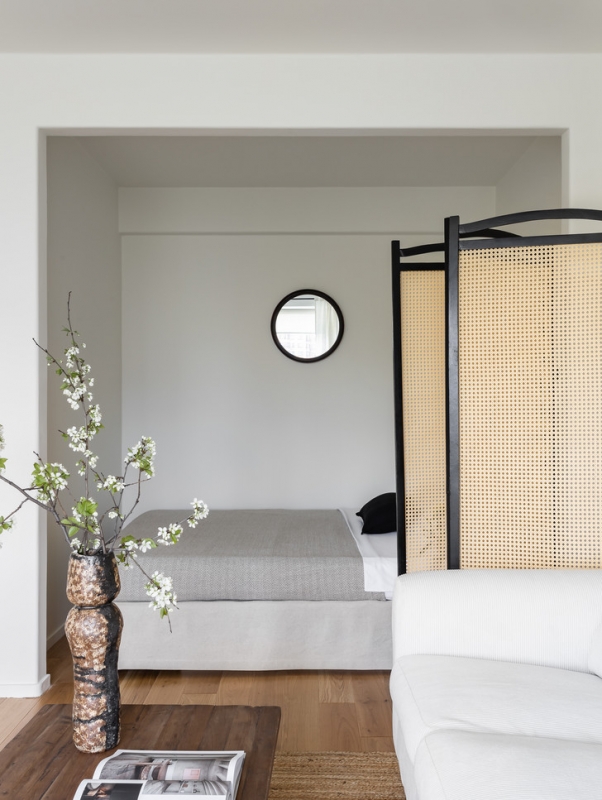 The bedroom is hidden behind the screen. On the coffee table is a ceramic vase by Konstantin Stanovov. 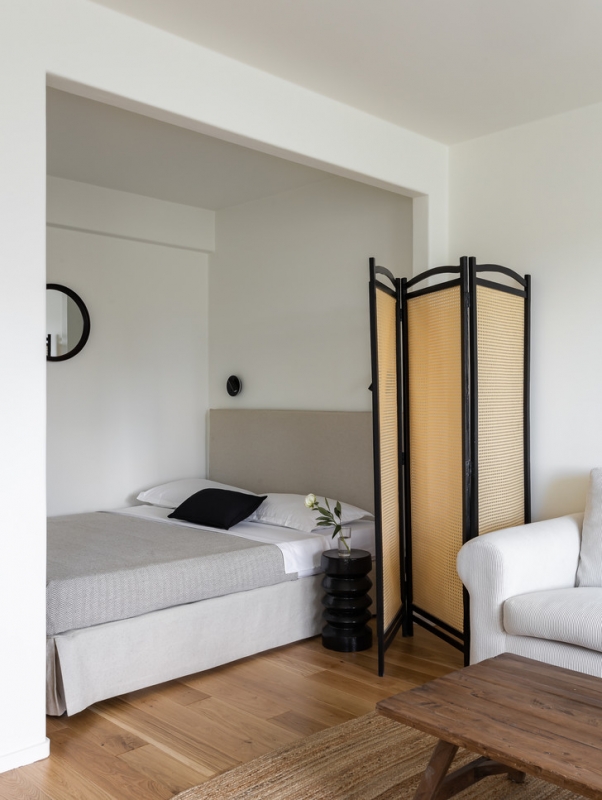 The bed is made to order. Mirror, vintage.

According to the designer, the client immediately liked the idea of a screen, but there was no budget for a new similar design. Therefore, they bought a used model on Avito, took the base from it and completely redesigned it, turning it into a design object. 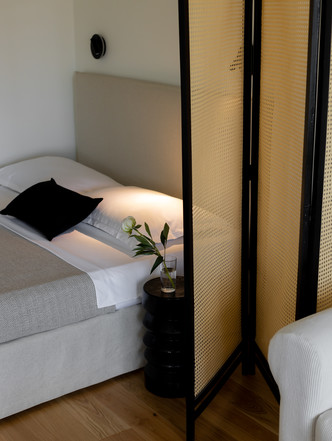 Bedroom area. The bed is made to order. Bedside table, likvi.ru . 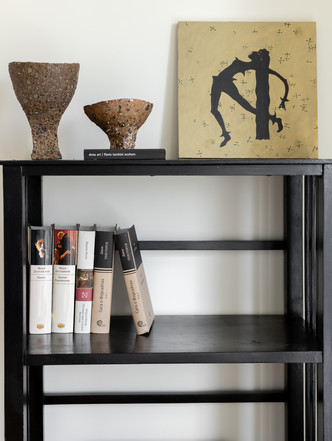 The vintage shelving was brought from another apartment of the customer.

The screen helped to bring together objects from different worlds: an IKEA sofa, a colonial teak table and an armchair from the 1980s. Vintage light, modern painting and graphics have completed the transformation of the old apartment into a fashionable studio that awaits future tenants. I wonder who will be the first to be lucky to live in it? 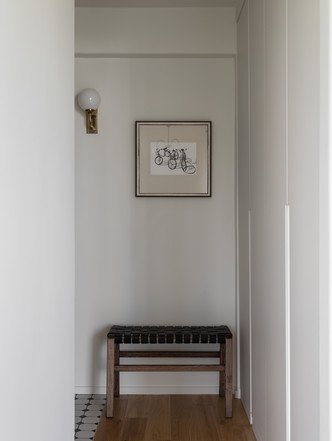 Hallway. The bench made of solid ash and belt leather is made to order according to the designer’s sketch. Light, vintage. 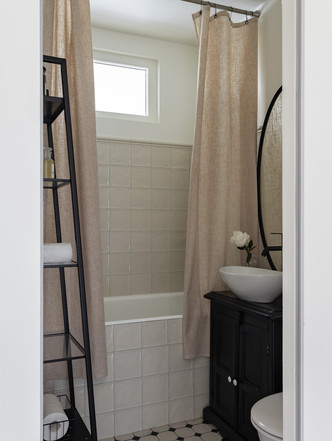 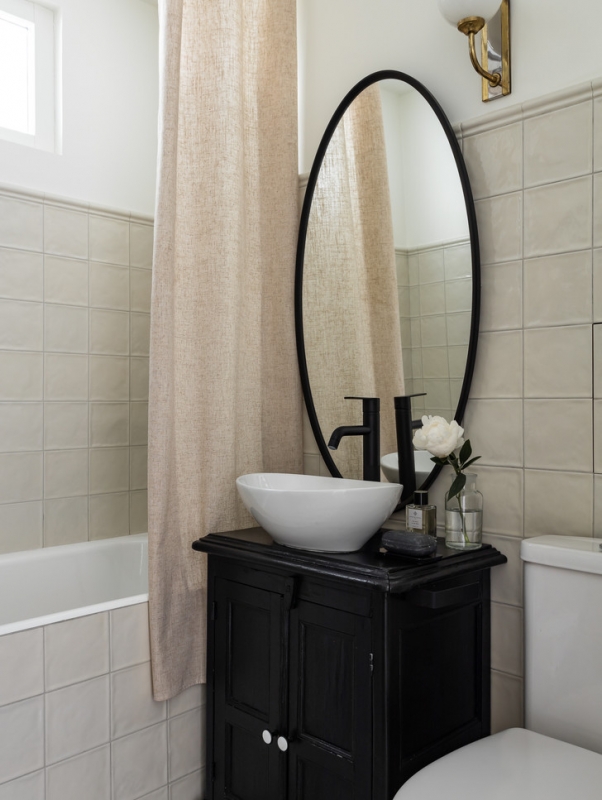