In the early 1990s, American trainer David Barton revolutionized the fitness industry: he brought the aesthetics of nightclubs to gyms. 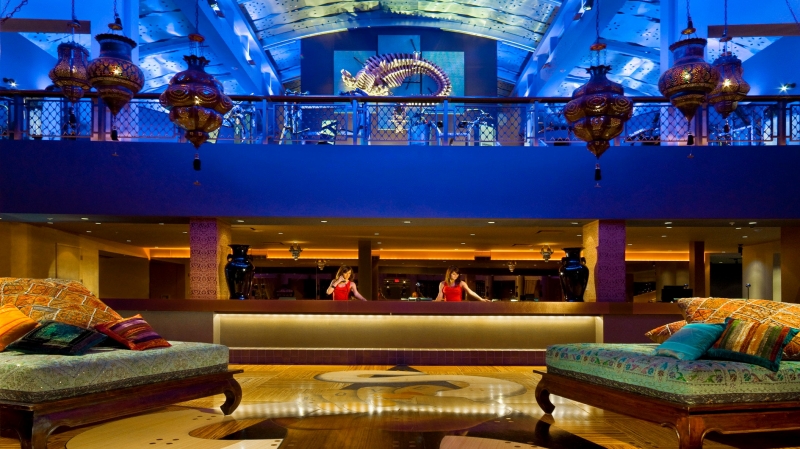 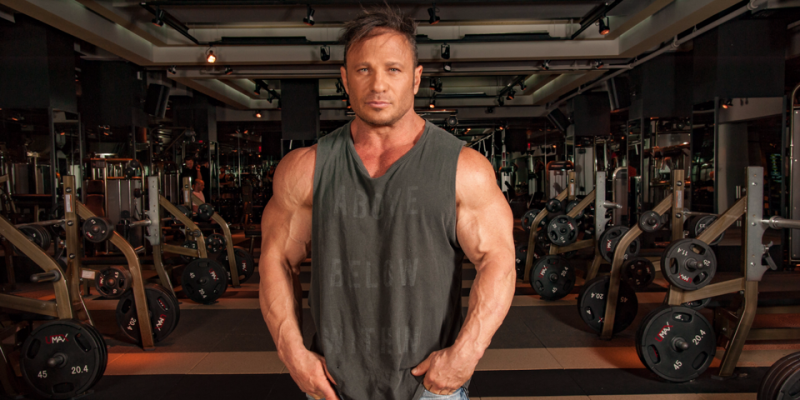 In America, the name of David Barton is known to everyone who is close to the fitness industry or visits gyms: he became famous for his unconventional, sometimes extravagant approach to the design of fitness clubs. And now his fame has reached Russia: last year Anvil club opened in Moscow, which was designed by an American designer. 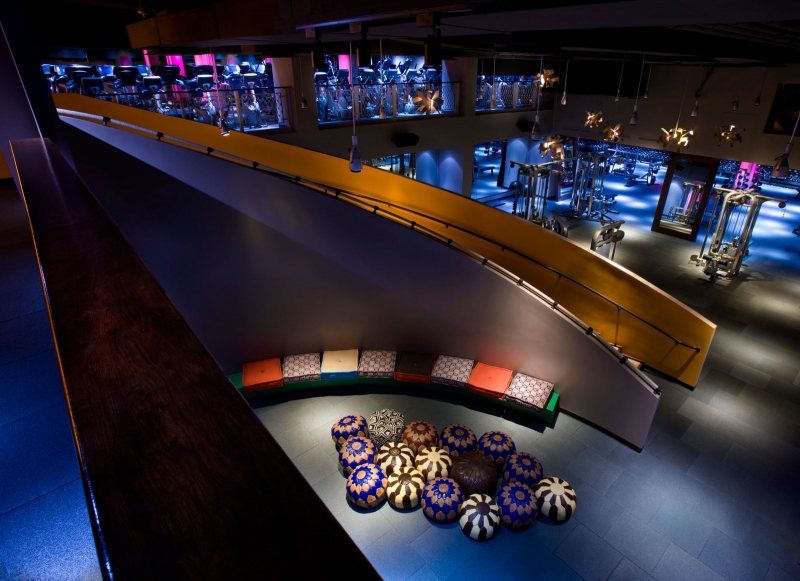 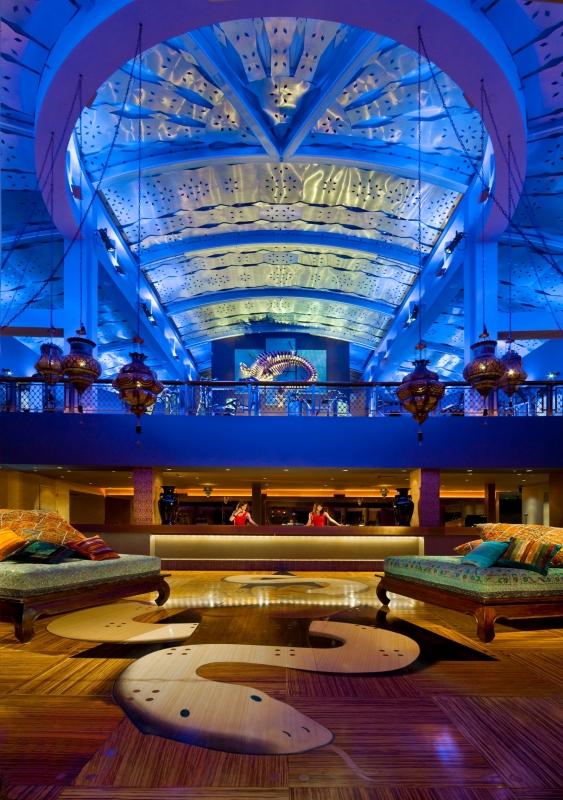 In general, Barton is a coach by education (he has a Bachelor of Science degree from the prestigious Cornell University) and earned his first club by personal training himself. He didn’t have any extra money for an architect or decorator, so he developed the design himself. “First of all, I was not thinking about the design, but about the atmosphere I wanted to create. The interior was supposed to evoke emotions, stimulate the imagination. The members of the club get into my world, and I wanted them to experience the same feelings as me in the hall,” says David. By these words, he means drive, pleasure from the process and anticipation of the result. In his youth, the “rocking chair” became his home, and in his clubs he created such an environment that people came not only to practice, but also for the sake of communication. 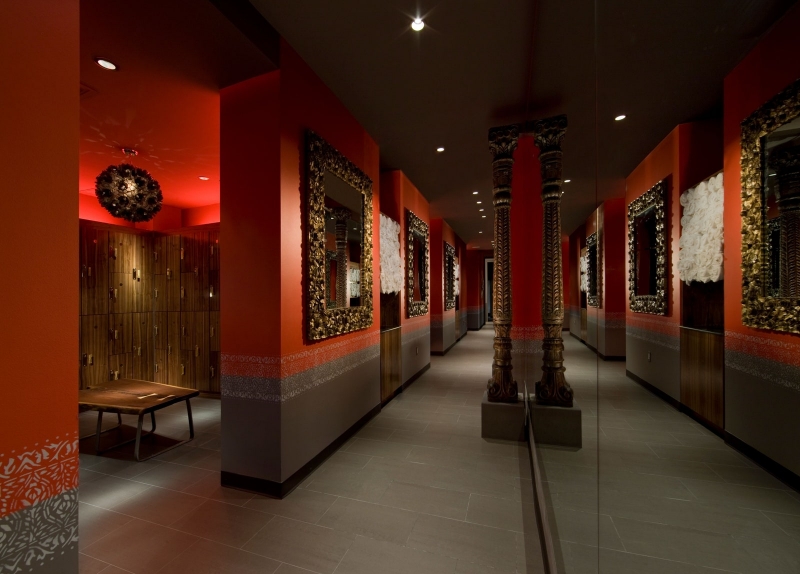 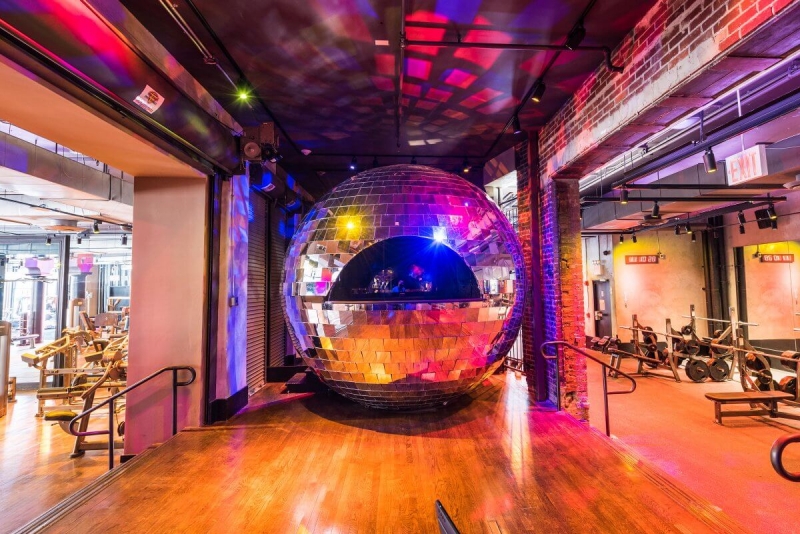 DBG, New York, a gym with a DJ booth in a disco ball.

In the 1990s, fitness clubs in the format familiar to us in America did not yet exist and it was not fashionable to train. There were brutal “rocking chairs” in basements or pretentious country clubs to choose from. David Barton decided to change this and open a club where avid party-goers and fashionistas would reach. “I didn’t understand the sports business at all, and that was my advantage. People preferred parties to training, and I created a place where it was just as atmospheric, but in the morning, instead of a hangover headache, you got a beautiful body”” he says. So Barton crossed the aesthetics of nightclubs and fitness clubs, and it was a furore. Semi-dark spaces, neon lighting, graffiti-painted walls – all this was complemented by real attributes of nightclubs, for example, a DJ booth (in Barton’s clubs, musical content was thought out and training sessions were held under DJ tracks). 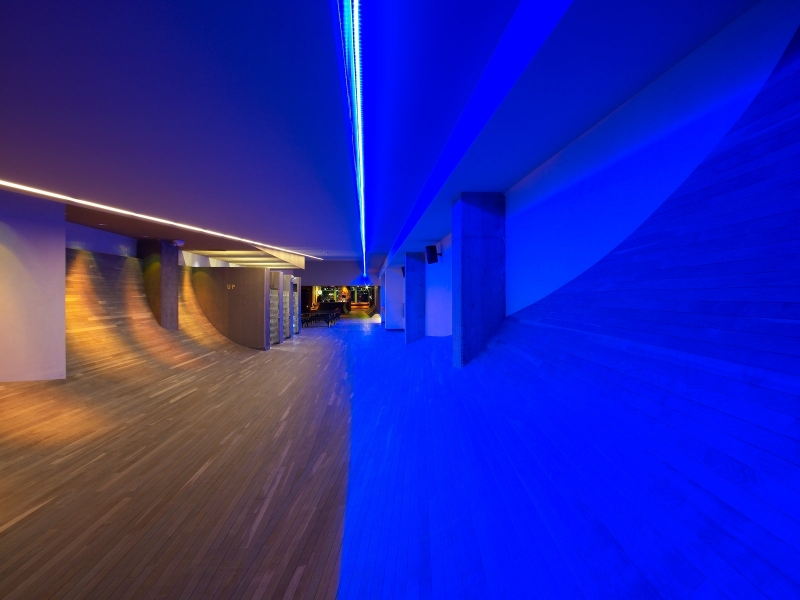 David Barton’s most famous club appeared in 1992 in Chelsea, New York. After New York, there were other cities – Miami, Los Angeles, Las Vegas, Seattle – and David Barton Gym became a brand. But in 2013, David sold his stake in David Barton Gym, and in 2015 opened a new club under the TMPL Gym brand (in 2016, David Barton Gym clubs declared bankruptcy). 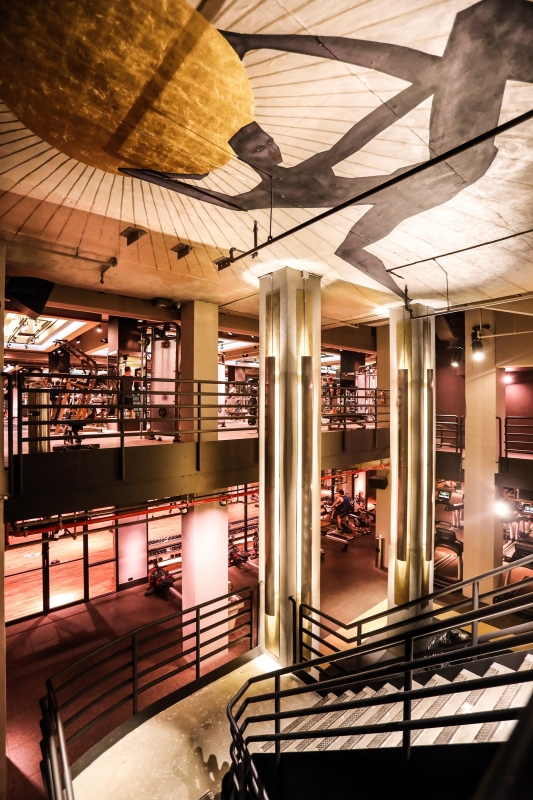 Barton has no systematic design education, but he has worked with Philippe Starck, Bill Sofield Studio, architects Rafael Vinogli and Jan Schrager and calls them his teachers. However, he always had his own way, he started from what customers needed: service, a charging environment and a place where you want to return. “The way you were greeted at the reception creates a first impression. If it’s pleasant, then you won’t find fault with the little things,” explains Barton. He borrowed aesthetics from different spheres, his corporate style is a mix of street art, kitsch, rocker culture and glamour. David had a special approach to lighting. He thought it out so that the people in the reflections liked themselves. Not a direct “hospital” light, flooding everything around and emphasizing the shortcomings of the body and skin, but soft and directional, hiding wrinkles and drawing the relief of the body. It’s amazing that a self-taught designer paid so much attention to this even before the era of selfies and Instagram. And he was the first who dared to turn exercise machines into light sources, it is now Life Fitness that produces models with backlight. Creative people and show business stars fell in love with Barton’s clubs, Thierry Mugler, Sarah Bernhard, Renee Zellweger, Rachel Weisz, Daniel Craig studied with him. 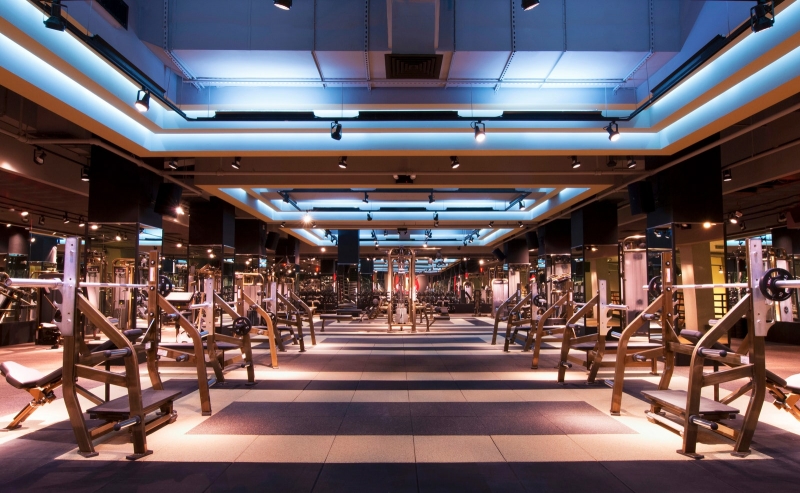 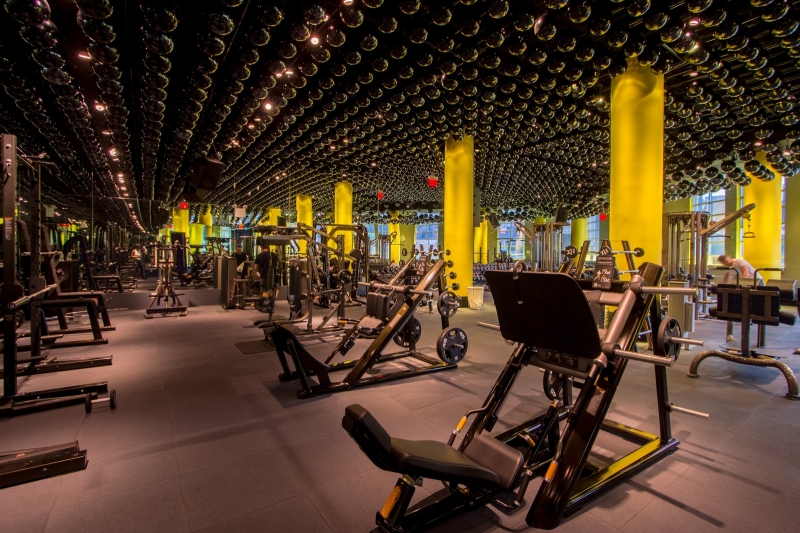 TMPL Gym, New York. There are 2000 discos under the ceiling.

The Moscow Anvil, which opened last year, reads the corporate identity of David Barton. He does not use replicated interior items and immediately switches your attention from the threshold to what is happening inside. The interior of the club is like a theatrical scenery, it seems that you have entered the world of heroes, those who have overcome themselves. “I wanted to make it clear that gym classes can be hard, it’s hard, but at the same time it can be beautiful,” he says. 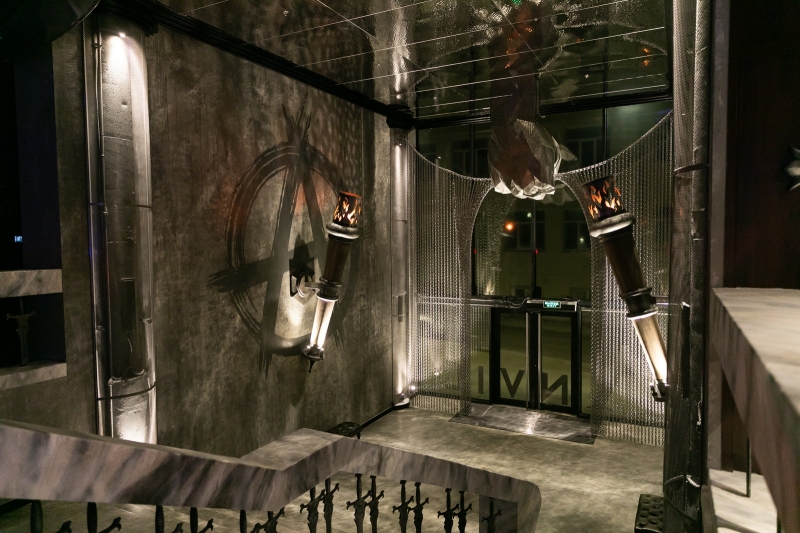 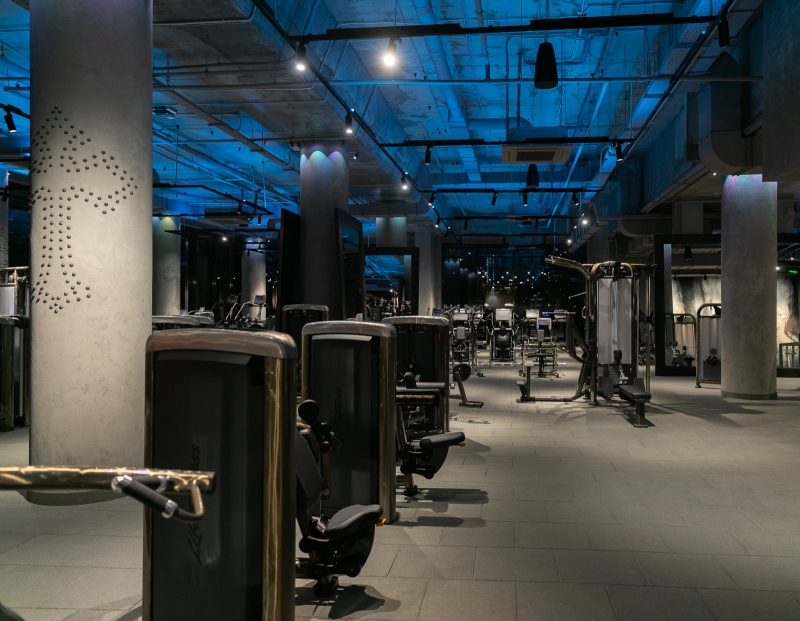 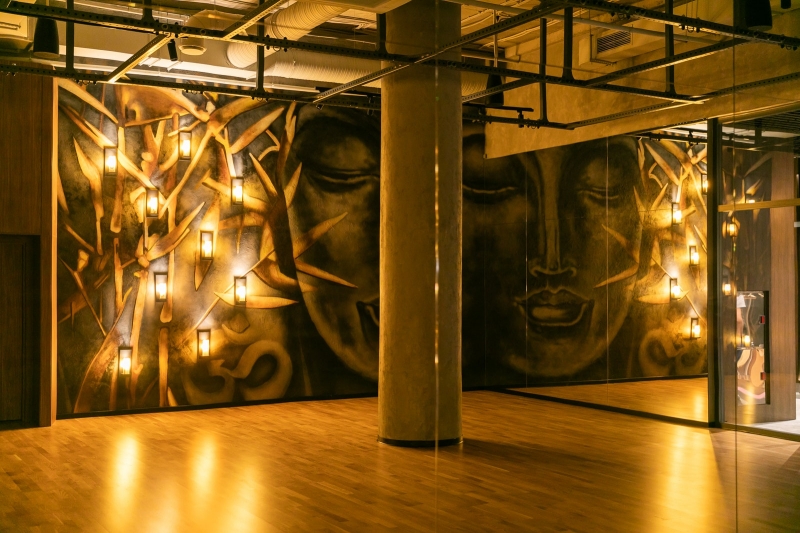