Alexander Grivko, art director of the landscape company Il Nature, author of the best private parks in Russia, has been restoring his 18th—century French castle for several years 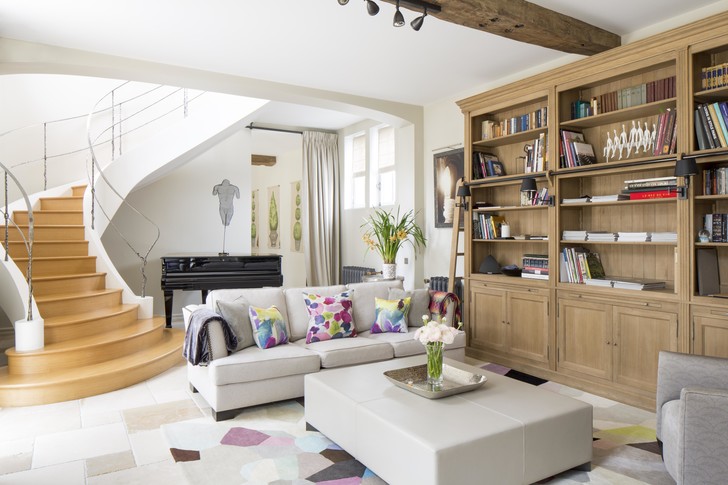 Living room. The oak staircase with wrought iron railings in the form of woven branches was made by local craftsmen according to sketches by Alexander Grivko. The floor is made of aged Burgundy stone, Origines, typical for these places. The sofas were bought at a local furniture store. Carpet, designed by Fiona Curran for The Rug Company. Library, Flamant.

Alexander Grivko is the permanent art director of the landscape company Il Nature, the author of the best private parks in Russia, likes to call himself just a gardener. And he is also one of the most gentle and smiling people we have ever met. When he talks about his home in Pierrefonds, he smiles wider than usual.

“We always have a lot of guests. In the morning, everyone runs to the baker Monsieur Bego for fresh pastries, to the meat market or for oysters, in the evening they rush between the living room, kitchen and wine cellar. On quiet days, we often sit in the kitchen or under an umbrella on the terrace, which offers a wonderful view of the lake and the castle. In France, everyone somehow comes to life. Do you remember my cat? Her second youth has just begun, her appetite has woken up, and her gait…” 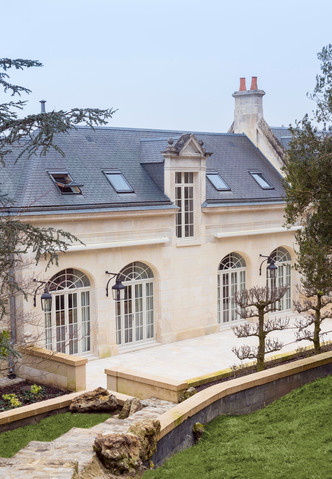 The former carriage house (400 sq. m.) was restored and turned into a residential building: floors were made, stairs were added, heating was carried out, arched windows-doors were cut through. Thanks to them, each room has access to a stone terrace. 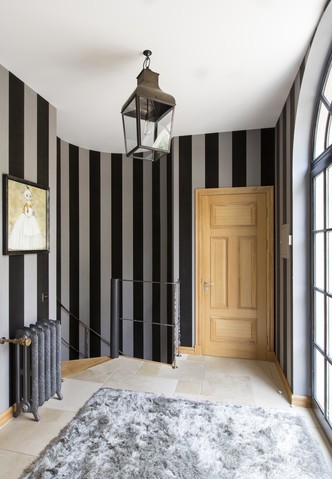 Hallway. The wallpaper, Flamant, looks like strips of fabric are glued to the painted walls.

In the morning, guests go to Monsieur Bego for fresh pastries, and in the evenings they scurry between the living room and the wine cellar 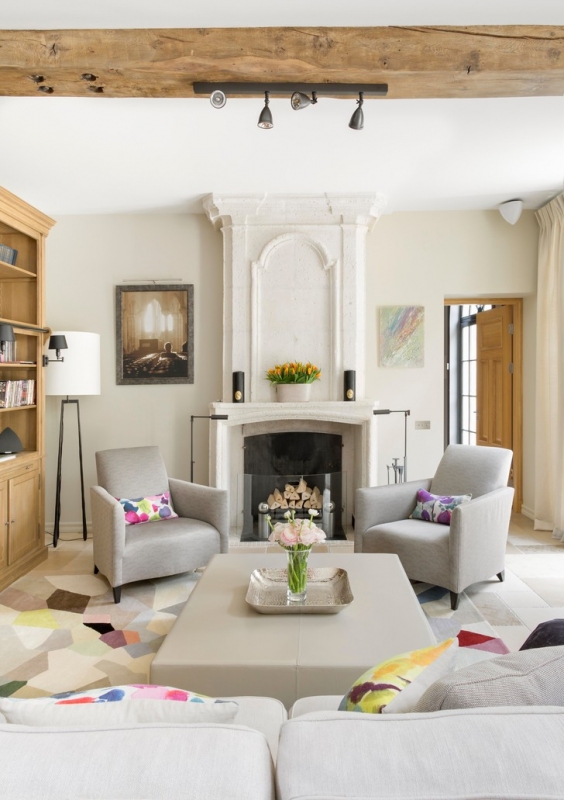 By the way, a funny story happened to the cat. When everything was ready to leave, all 19 suitcases were collected, it turned out that the cat needed to get a passport, and with it a bunch of vaccinations that the animal could not tolerate due to age. Then they went on a crime — the cat was taken abroad on the passport of someone else’s deceased cat. 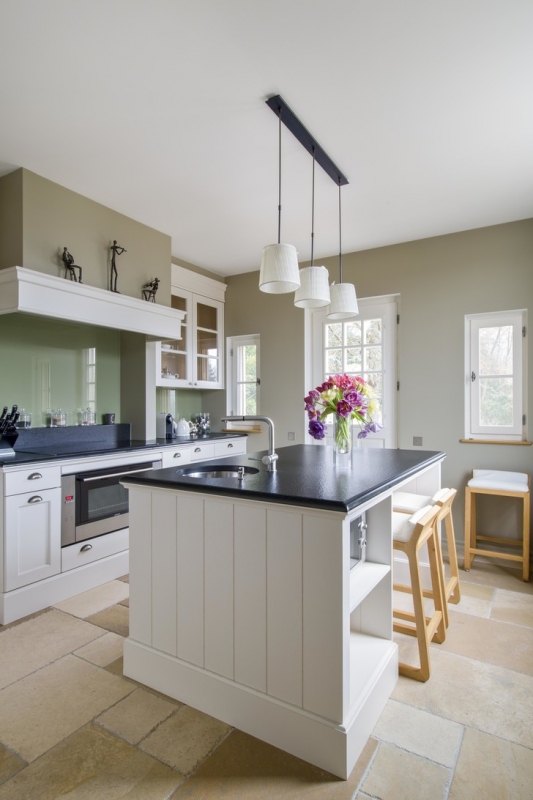 Kitchen. “I love cooking, I always have everything in steam-smoke, so I made an isolated kitchen,” says Alexander. — I ordered the furniture in Belgium, and the floor made of Burgundy stone — from the company Origines, with which I often cooperate in parks.”

But I will return to the beginning of the story. About ten years ago, Alexander unexpectedly became the owner of the XVIII century castle — a historical monument with a huge park, on the territory of which there is a chapel and the famous Pierrefonds springs, which attract deer and tourists. We are talking about the Château de Jonval in the ancient town of Pierrefonds, an hour’s drive from Paris. The scale of the structure is easy to understand from the Google map. 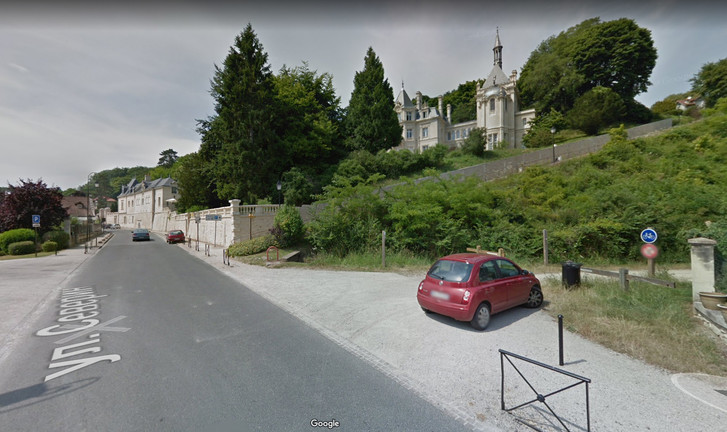 View of the Château de Jonval.

“We were looking for a house in France, but we never dreamed of such a thing,” says Grivko. — One day, walking through Pierrefonds, I walked into the open gate of the Chateau de Jonval. The owner suddenly appeared and asked by what right I was hanging around here, and then, word for word, offered to buy a castle at the price of an apartment in the center of Moscow.” 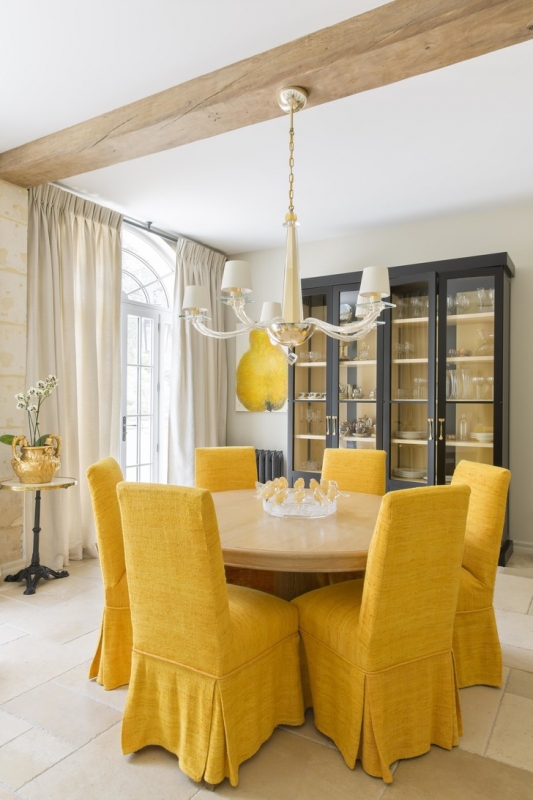 Canteen. On the wall is a painting by Oksana Yambukh. Buffet, Christian Liaigre. Chairs, Flamant. Chandelier, Donghia. A table on a cast-iron leg was found in the castle.

By this time, the property had been in decline for many years. Part of the interior decoration of the castle was sold out. The former owner rented out the premises for a children’s camp, which did not have the best effect on the interiors. The carriage house, which was last used during the First World War, when a hospital was located here, was completely in ruins. 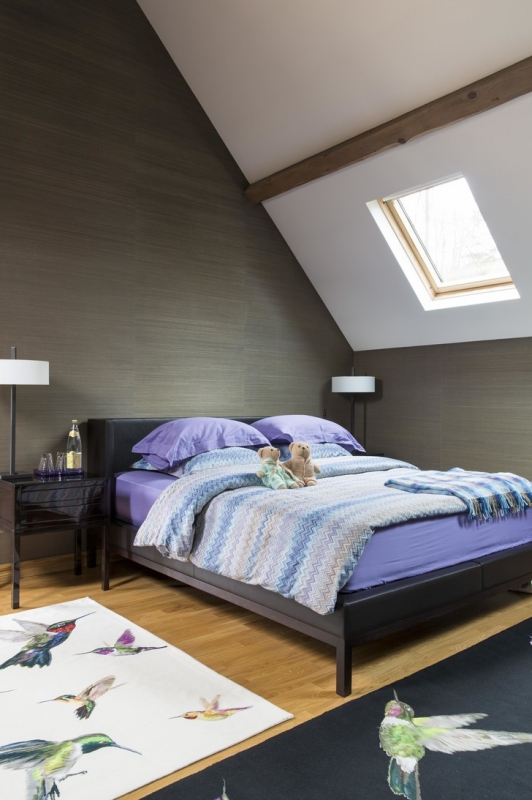 “There is still a lot of work to do,” says Sasha. — So far we have restored only the carriage house (400 sq. m.), where we live. Everything was done record—fast, from the project to the housewarming – exactly a year. I sketched out a plan, and my friend, architect Olga Sokolova, masterfully solved technical issues: engineering networks, boiler rooms, built-in vacuum cleaners. The house is strange — long and narrow, under a row of carriages. At first I couldn’t figure out how to live here at all? But when the walls were demolished, the space expanded, even the grand staircase fit. In the end, it turned out well. The main entrance, to the right instead of carriages — garage, to the left — living room, dining room, kitchen. Upstairs there are bathrooms and bedrooms.” 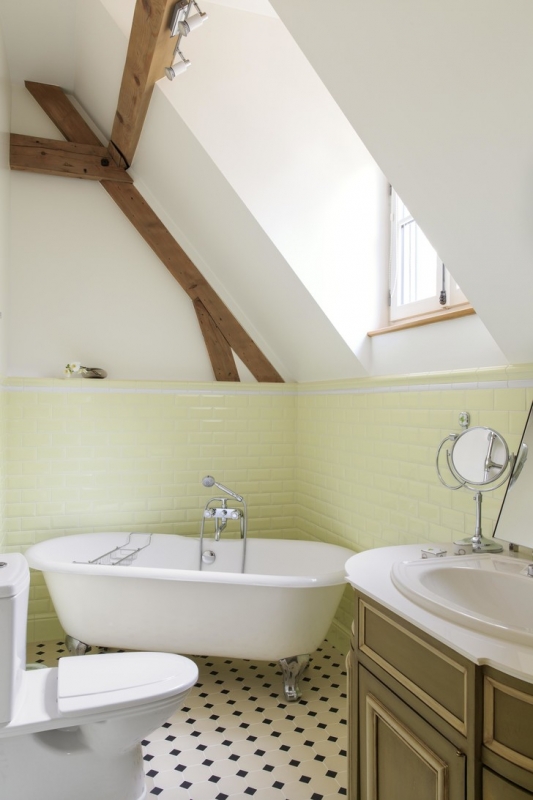 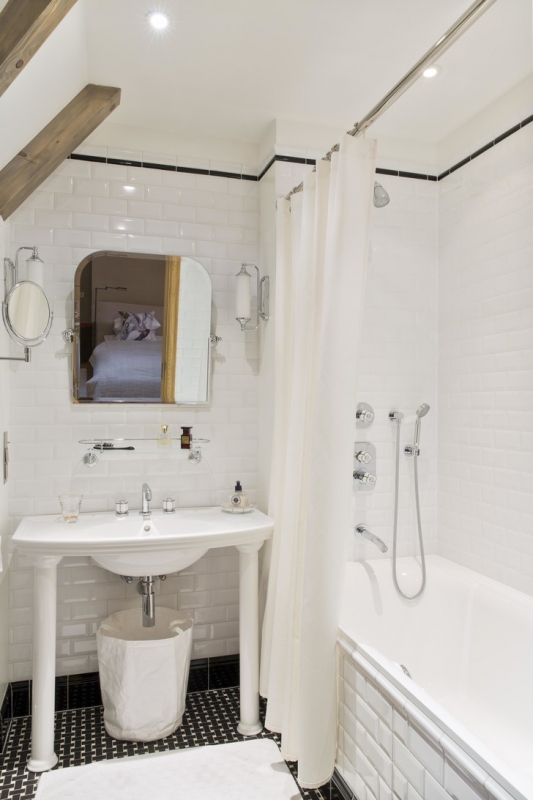 “To speed up the process, I covered the entire first floor with Burgundy stone. In order not to waste time on the layout of the tiles, the kitchen apron was covered with glass. It is very practical, besides it gives additional depth. In search of furniture, I ran through my favorite brands. I just fell in love with the buffet from Christian Liegr, ordered, and then came to my senses. It’s huge! I called the factory, and they made it lower for us.” 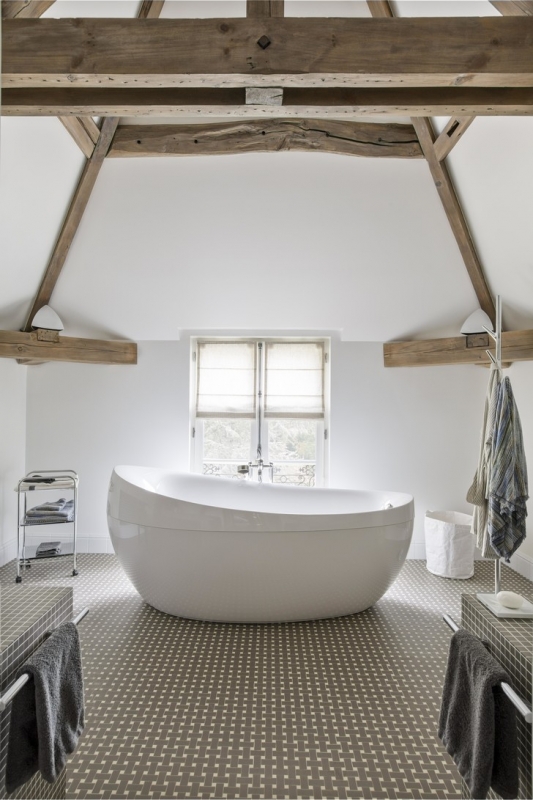 “I brought a table on a cast-iron leg to the dining room from the castle itself, I bought a vase at a flea market. Could I pass by such beauty? Of course not, her in an embrace — and home. In general, I did not strive for diversity — I will recoup when I restore the castle. But my main goal is to recreate the park and open it to visitors. To date, this is my most ambitious project. There are so many things invented there! I won’t tell you. Come back in a couple of years, you’ll see for yourself, and at the same time we’re picking mushrooms. We have so many whites that even pigtails.” 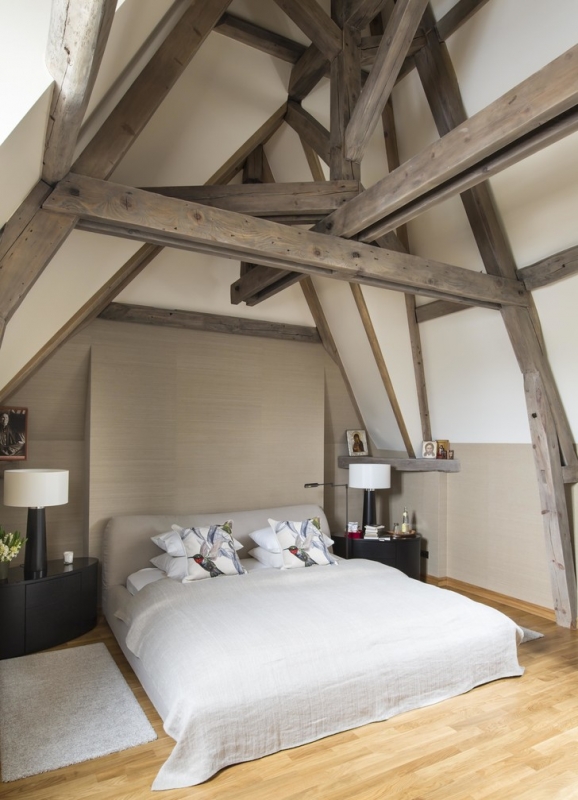 Bedroom. French builders advised to sew up the ceiling to save heat. But, according to the owners, the old beams are warmed by their appearance alone. Furniture, Maxalto. Pillows, designed by Alexander McQueen for The Rug Company.