The interior of the house of American decorator Megan Winters is an exquisite cocktail of glamour, French chic and the cheerful disposition of the hostess herself. And all this in an expensive gold frame 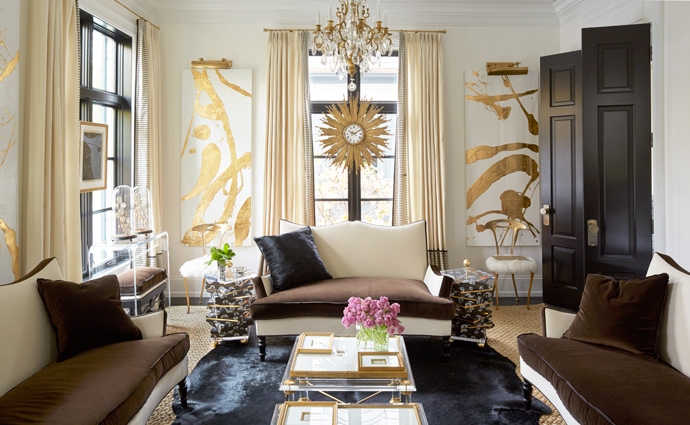 The living room in Megan and Patrick’s house. The acrylic console, gilded chairs and sofas upholstered in textiles from Schumacher are all from the Megan Winters Collection. On the wall — artwork by Allison Cosmos. The watch in the form of the sun was bought by the hostess at one of the flea markets in Paris.

Megan Winters loves pink more than any other color in the world. “I can’t live without him—” the designer admits. “He has been my faithful companion for many years.” However, when she started decorating her own house in Lake Forest, where Megan lives with her husband Patrick and two golden retrievers, she swore that this time not a single pink thread would leak into the interior. The husband, however, was skeptical about this. And he was right. But about everything in order. 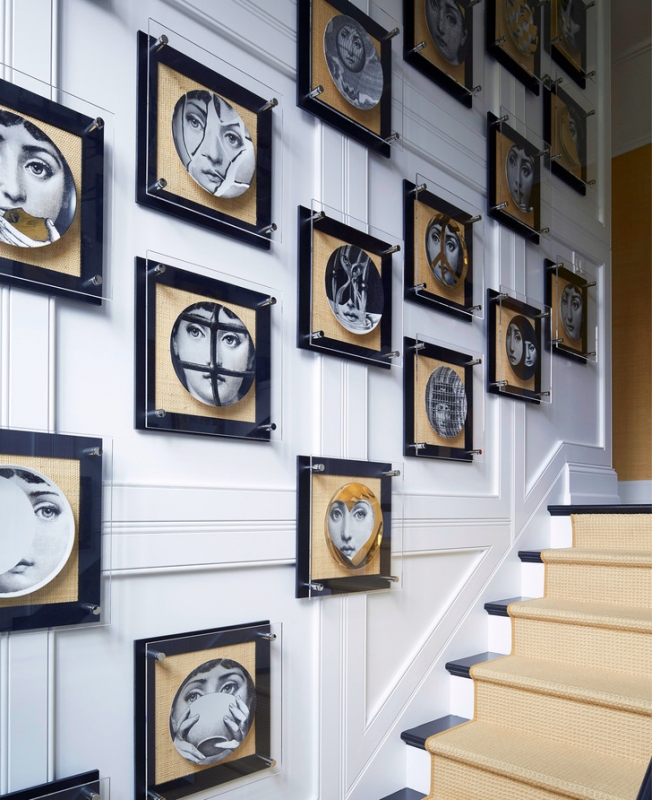 The walls along the staircase are painted with Brilliant White paint by Ralph Lauren Paint’s and decorated with decorative Fornasetti plates in frames.

When Megan and Patrick decided to buy a property outside the city, they looked after a small, unremarkable, clapboard house. “Nevertheless, he had one indisputable advantage,” the owners say, “an old pear alley that leads from the main road straight to the house.”

Together with architect Susan Rolander Winters turned the dilapidated building into a luxurious mansion with four bedrooms and an internal patio. “I wanted to rebuild the house in the French style,” explains the designer. An attic was made in the house, French shutters were installed on the windows, and the front door was painted graphite gray. “For me, it’s the color of Paris,” Megan says. 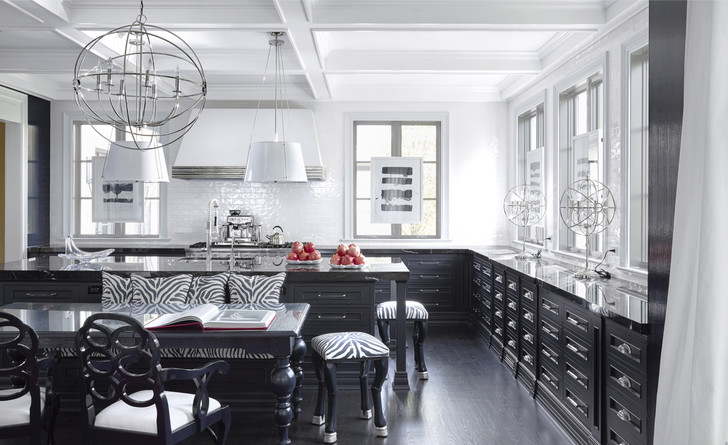 The kitchen is made to order according to the sketches of Megan Winters. Lamps with white shades, Urban Electric Co, chandelier in the form of spheres, Restoration Hardware, table lamps, Viking.

By the way, about the hostess of the house. Before going into design, Megan lived in Iowa and worked in the field of banking investments. However, ten years ago, Winters was given a fatal diagnosis. The doctor informed her that she had six to eight weeks to live. “I’m not going to die!”  Megan said peremptorily to the doctor. She decided to radically change her life. “I’ve always loved designing interiors for the houses I’ve lived in,” Winters recalls— “nothing made my heart sing like the opportunity to transform a space.” 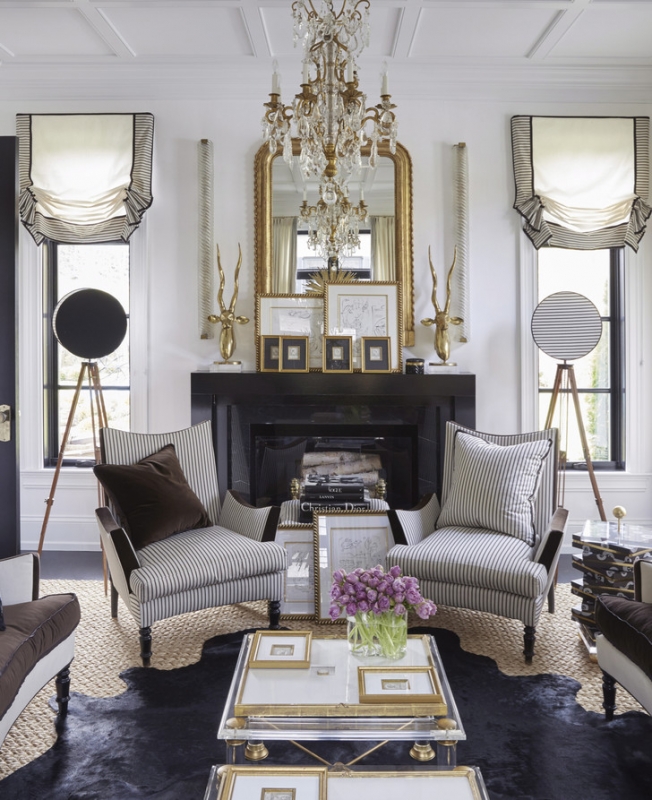 A fragment of the living room. The chairs are upholstered in textiles, Rogers & Goffigon. Vintage chandelier, Baccarat. Coffee tables from the Megan Winters Collection. Antique lamps on tripods and a mirror were bought in Paris.

“I bought an amazing dining table from the 1940s for a lot of money. There wasn’t enough for chairs anymore” 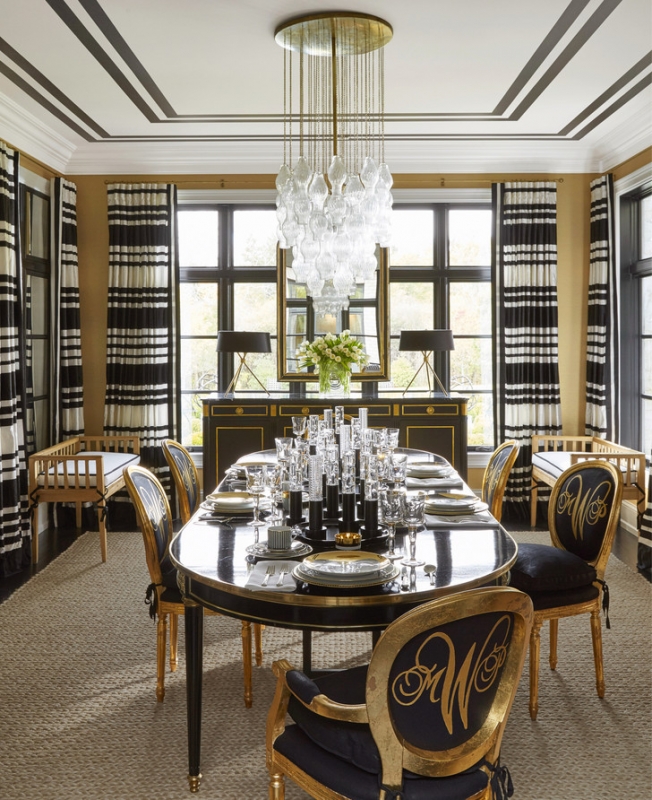 Today she is absolutely healthy, works in her own design bureau and owns a store of home decor items. Her love of life is reflected in all her projects. Megan defines her style as “bold, modern and glamorous.” The starting point of the interior design of her own home was Winters’ desire to paint the window frames, doors and floors black. What could be more spectacular than a combination of white and black!” the designer exclaims. 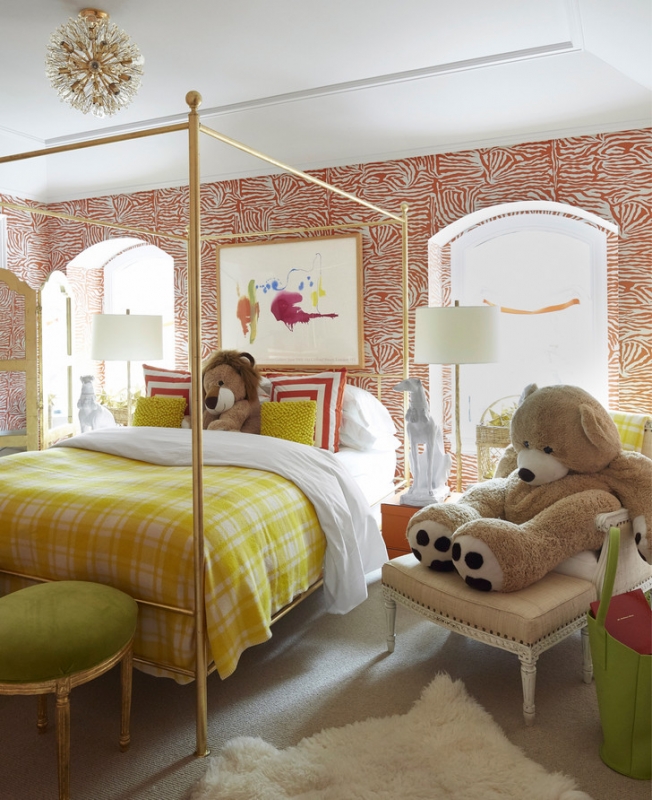 Niece’s guest room. The walls are covered with wallpaper, Brunschwig & Fils. Vintage bed and ceiling lamp bought at a flea market in France. 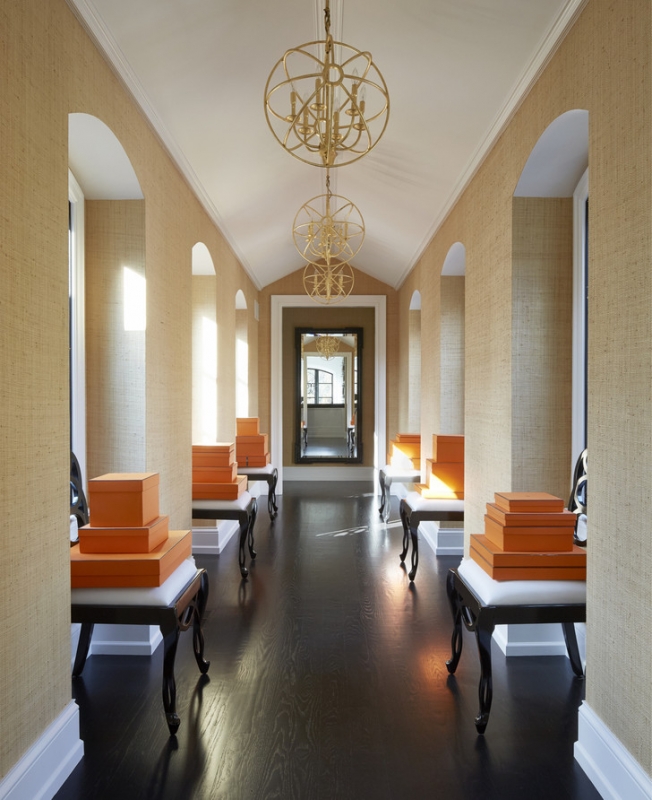 Gallery. Upholstered stools, Schumacher. The walls are covered with wallpaper, Elitis. The lamps are made to order according to the sketches of Megan Winters.

Winters diluted the monochrome range with various shades of gold, from yellow-orange to pale vanilla. Chairs in the dining room, a gift from her grandmother, Megan herself covered with gold leaf. “I bought an amazing dining table from the 1940s for a lot of money. There are no funds left for chairs,” she says. “That’s when I remembered about the Louis XVI-style headset, which had been gathering dust in the attic for 15 years.” 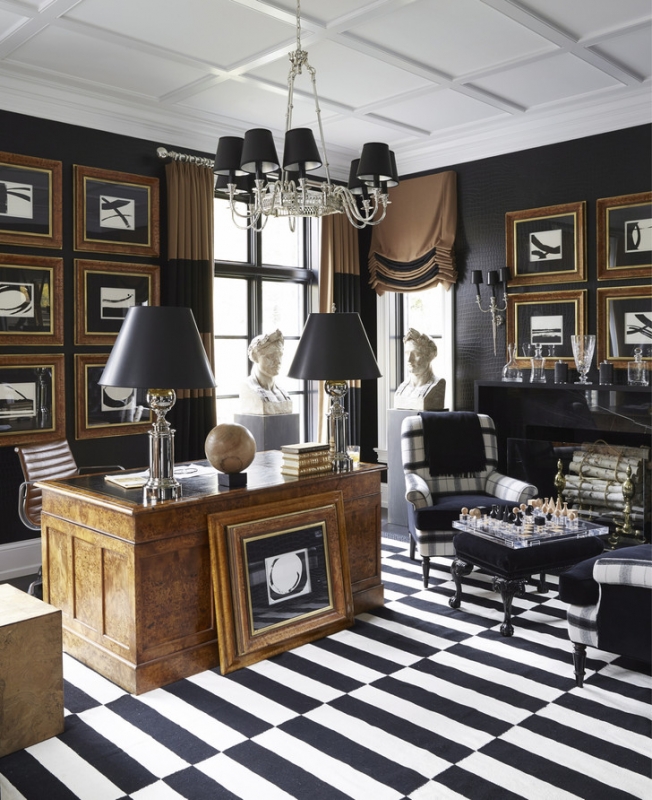 Winters is constantly coming up with new ideas. “I think about my projects all the time – both on my morning jog and in yoga classes,” she says. So, the idea to decorate the wall of the staircase with decorative Fornasetti plates from her personal collection came to Megan’s mind during a hike in the mountains. But what about the promise not to use pink? One way or another, but he leaked into the house: whether it was a painting by the artist Karin Gentinetti or the upholstery of the bed in the guest room, the spines of books and just pink peonies in the living room on the ground floor. “Well, what can I do,” Megan throws up her hands. “Pink is my weakness.” 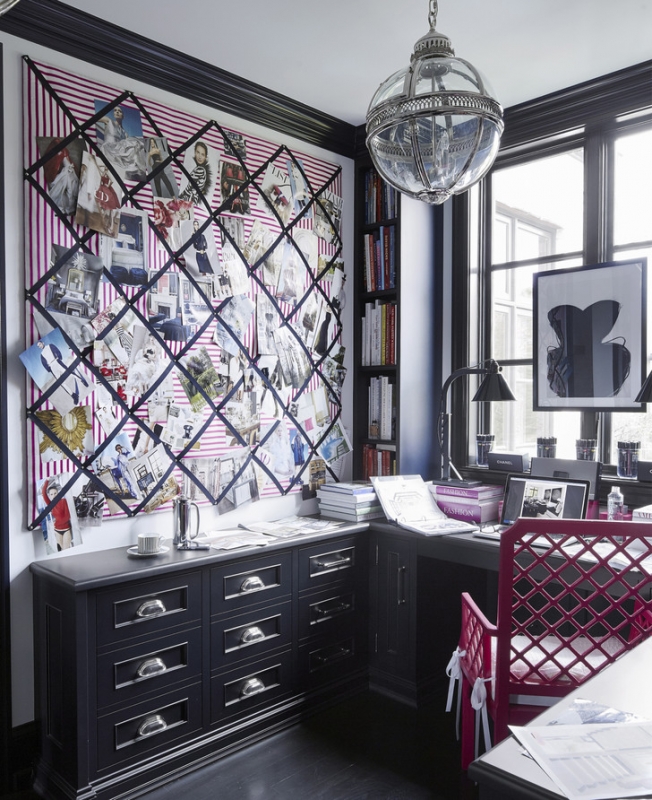 Megan’s office. The chest of drawers is made to order according to the designer’s sketches. Lamp, Restoration Hardware. 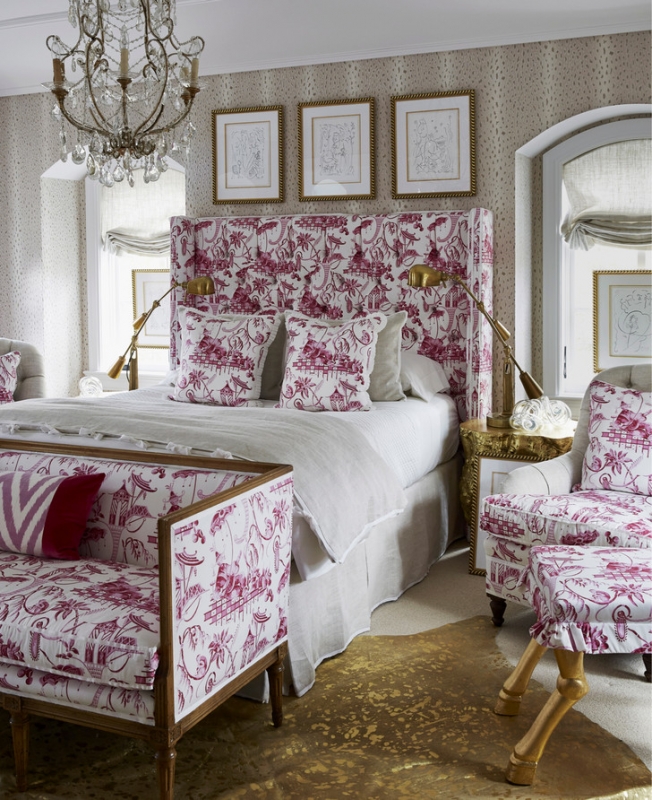 Guest room. Wallpaper and table lamps, Ralph Lauren Home, carpet, design by Kyle Bantin. On the ceiling is a vintage chandelier from Paris.