Motorhomes are still not so popular in our realities, but in the West it is a common type of housing. This project proves that we can implement this idea. The couple made a cozy apartment out of an old trailer literally with their own hands. The trailer is now used instead of a country house. 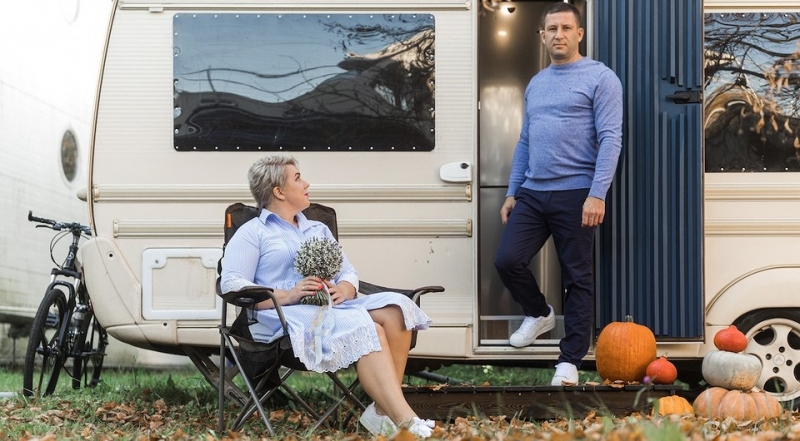 The owners of this motorhome, or to be more precise, the trailer is a young man, a builder by profession, and a girl, a civil servant, bought it a few years ago. «It all started in 2017. Oleg was looking for accommodation options. So there was an idea to buy a house on wheels. After all, you can go anywhere, stay wherever you like, and you will be at home everywhere,» the couple says. 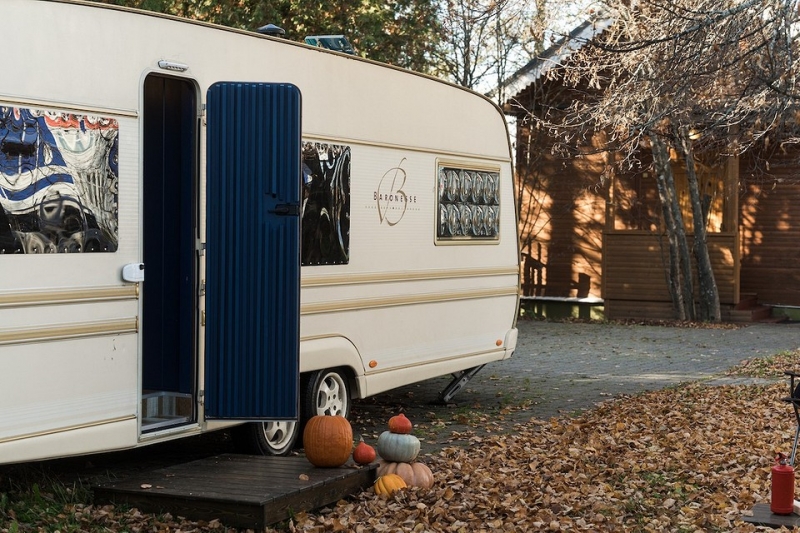 The goal was to find a camper long enough to have a full-fledged sleeping area with a bed. The question, as it often happens, was in the price. New models at that time cost several million rubles. And the guys understood that they would still want to redo the interior for themselves. «It would be unprofitable. Therefore, we decided to take used, aesthetic from the outside, the goal was to pull everything out from the inside and assemble it in a new way. So we chose Tabbert Baroness 2005,» the owners say. 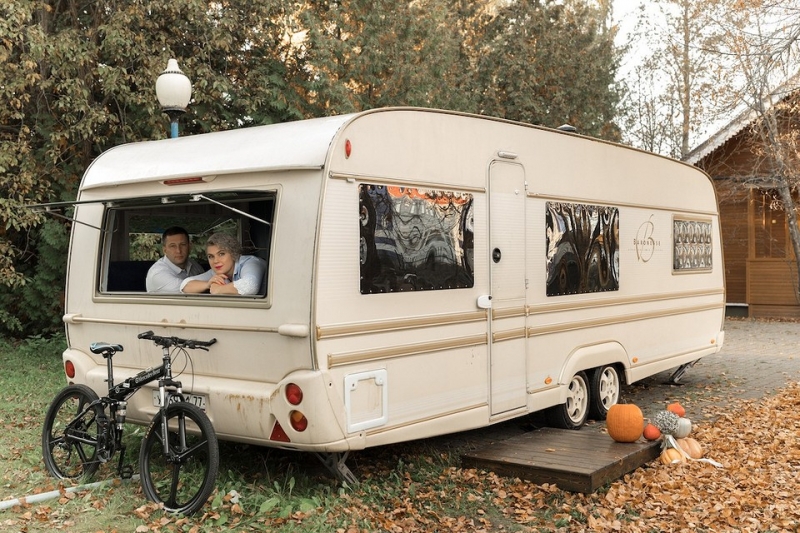 The area of this trailer is only 16 sq. m. But inside there are three full-fledged zones: a bedroom with a double bed, at the other end a sofa and a table where you can eat or work. The table folds up and hides in front of the sofa. There’s also a TV. 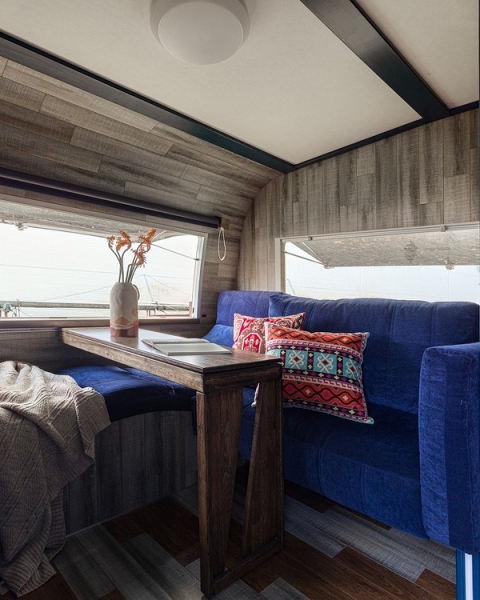 There is a kitchen in the center. The cabinets are built in parallel. And here there is everything that can be in a full-fledged kitchen in an apartment or house: a high refrigerator, an oven with a microwave, a dishwasher, a sink, a hob with two burners and an extractor hood. A small washing machine is hidden under a cabinet with an oven and a washing machine. The bathroom and shower are located opposite each other next to the bedroom area. 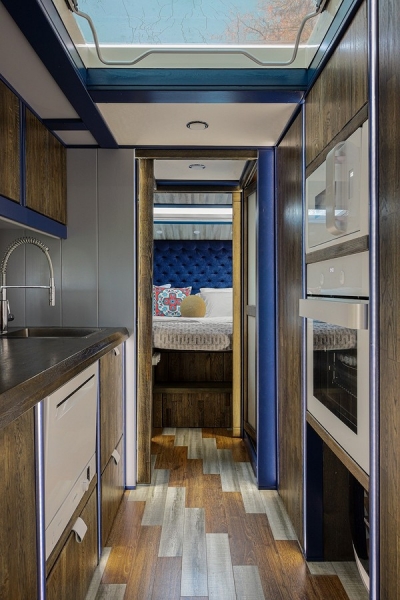 «Storage was thought out based on the rule that it is a mobile system. Therefore, each thing should have its own place, and it should be fixed. Also, the weight should be distributed evenly,» the owners say. 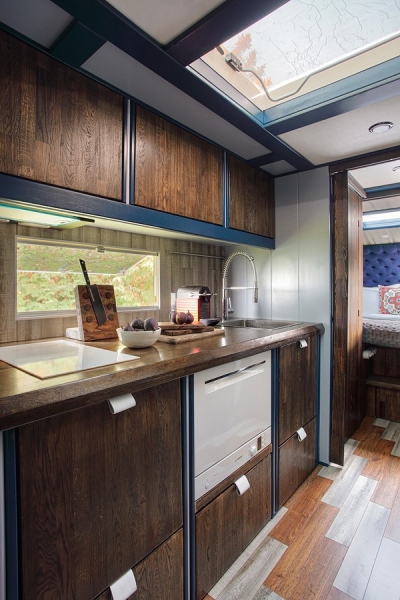 The couple decided to abandon the standard camper system of lockers-mezzanines around the perimeter. And they thought out the storage space in a way that would be convenient for them. In total, there are three wardrobes inside: one at the entrance for outerwear and shoes, two on the sides of the column with built-in appliances in the kitchen area for everyone’s everyday things. Under the bed there is a technical area with water tanks and pumps. 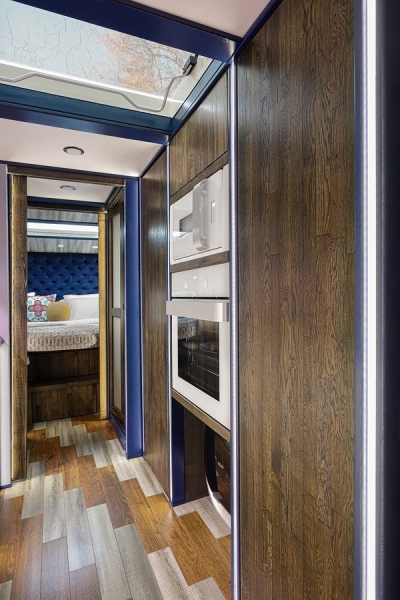 Where to look for announcements of materials and fresh ideas for the interior? Subscribe to our channels! We publish beautiful collections, videos and reviews: https://t.me/ivd_ru